Usually, when it comes to the wild west or cowboy slots, emphasis is put on adventures, gun duels and cowboy hats, which doesn’t reflect the horrors that actually happened during this time. In general, slots lean more towards positivity, but that hasn’t always been the case with Nolimit City. This provider has introduced us to many unorthodox slots, such as Mental and San Quentin. Nolimit City are well-known for their unique slots and now another slot is joining those ranks – True Grit Redemption.

Nolimit City are quite fond of the wild west period. Before we’ve had the pleasure to enjoy the El Paso Gunfight and Deadwood slots, the latter one being an absolute hit. True Grit isn’t about heroic rangers or notorious outlaws, it’s about a crew that needs to go to hell and back, for this is a story of revenge and redemption. Along the way they will come across some nasty individuals, who will do the absolute best to break their body and spirit. This is where we’ll need to show our True Grit. Survive the challenges and come out of this hellhole a tad bit richer.

The winter has spread across the landscape. It’s a dark and sombre night. The music sets a gloomy but hopeful tone. When it comes to these western soundtracks, we have to take our hats off to Nolimit City. They manage to create this atmosphere that can go head to head with some Hollywood titles. The Hateful Eight or No Country for Old Men may come to mind, but we think True Grit Redemption, in some ways, can be compared to The Revenant. All-together, True Grit comes with 6 reels and 5 rows, but it’s not as straightforward as you may think. Before we get into the details, let’s see what kind of symbols we’re dealing with. 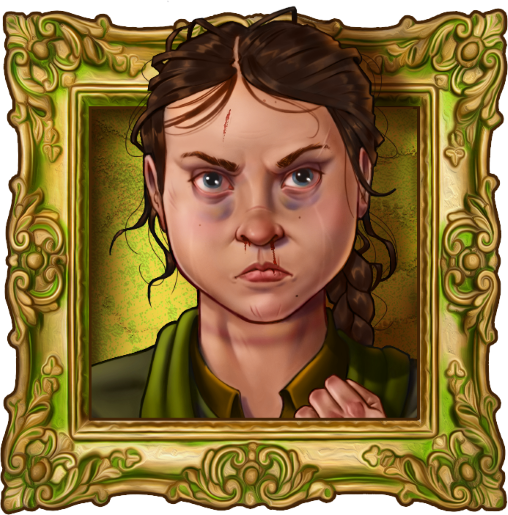 True Grit Redemption low symbols are 10, J, Q, K and A, while high symbols are 6 characters. The difference between the 5th and 6th highest symbols is drastic. The most valuable symbol is the Grit Girl, which provides a 500x for 4 symbol combination. Safe to say, that this symbol won’t come around that often. True Grit has a unique game layout. The top reel has only three positions and it can contain only characters or wild symbols. Main reels contain symbols of all kinds. Here you will find scatters, wilds and Girl Grit symbols. The locked positions on the main reel are unlocked by scatters. If a symbol on the top reel matches a symbol on the main reel, then both of these symbols will turn into wilds. True Grit bottom reel consists of four locked positions. The first three positions can contain characters and special symbols, while the rightmost position is exclusively reserved for a sticky multiplier wild. By default, True Grit Redemption comes with 240 paylines, but due to numerous symbol splits and unlocking positions this number can greatly extend.

True Grit Redemption is a true Nolimit City slot, in a sense that payouts are as desirable as ever. The max win for this slot is 20,220x. The volatility, of course, has been cranked up to maximum, because Nolimit City doesn’t concern itself with low volatility slots. The RTP is 96.11%, which should suffice. True Grit allows you to place bets between 0.20 and 100. This slot is optimized for all devices, mobile included.

True Grit Redemption comes with many bonus features, so this slot has the ability to entertain for hours. Nolimit City are bringing back a well-regarded feature called xNudge Wild. Stacked Wild symbols which appear on the bottom row, will always nudge, to reveal a full size. Each nudge it makes adds a 1x multiplier.

Another Nolimit City speciality is xWays & Infectious xWays. These xWays will reveal 2-3 symbols of the same type, while Infectious xWays additionally multiply all of the revealed symbols.

Next in line, we got the Reel Split. All symbols above it on the main reel will split into two parts. This also triggers a collapse effect where the bottom reel receives new symbols.

Transform’em feature transforms all same type symbols into identical symbols, for example, all characters will turn into one identical character.

Hitting 3 scatters will trigger 8+ Torture Spins. During this feature, the game area expands and all locked positions are now available. If you manage to hit 4 scatters, then you’ll be given 10+ Dead Spins, where additionally to all unlocks, you’ll also be given the sticky wild with an added multiplier.

True Grit bonuses can be bought straight away for a price of 69x and 669x for Torture and Dead Spins respectively. 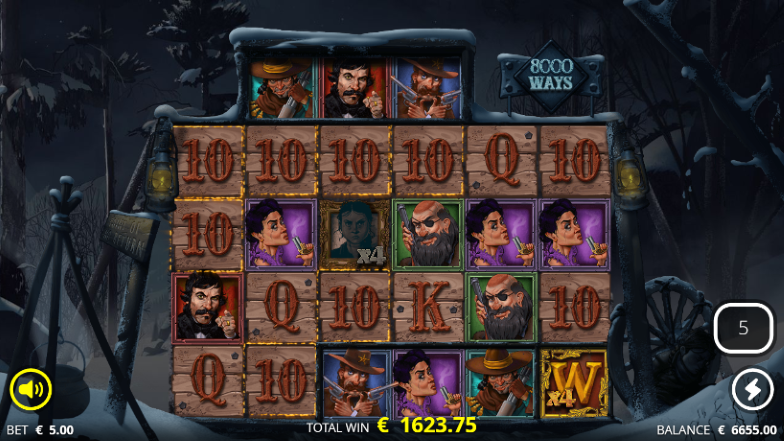 New ideas keep on flowing from the Nolimit City camp. Theme-wise, True Grit Redemption is something special as well. Sure, we got plenty of wild west slots, but none quite like True Grit, with its twisted story. The game model may seem a bit complicated at first, but it’s quite an elaborate slot. If you’re used to regular 5x3 slots with set paylines, then True Grit can be hard to come around, but once you start to pick it up, you’ll see the wonderful potential behind this game.

How to play True Grit Redemption for free?

To play this slot for free, just use the available demo player which you will find on this page.

How to trigger the Dead Spins feature?

To trigger the Dead Spins bonus, you need to land 4 scatter symbols at once.

How volatile is the True Grit Redemption slot?