Play Rich Wilde and the Shield of Athena for FREE!

Play for money at Casumo Casino

He is an adventurer who doesn’t need an introduction, perhaps, the most famous explorer in the video slot world. Rich Wilde is back and this time he’s in a search for the Shield of Athena that has been lost somewhere in Atlantis. But on this journey, he is not alone, Rich’s daughter Cat Wilde also joins the action. They have a new enemy to face, one that kills just with gaze, it’s the Medusa. Prepare yourself as this is not going to be your regular Sunday family trip. Rich Wilde and the Shield of Athena Review

Rich Wilde and the Shield of Athena returns to the regular 5 x 3 layout, opposed to the cascading format we had on Tome of Madness. Straight away this makes the game feel a lot simpler, after what we experienced in the previous instalment. It feels like a restyled version of Book of Dead, we can’t say for sure if that’s a good or a bad thing.

The background music set a dramatic tone, much more than on previous titles. Visuals look quite nice, there are a lot of animations around, but to be honest, from such a provider like Play’n GO we expected slightly more. The game can be a bit choppy at some points as well with inconsistent FPS (Frames per Second).

You can see that Rich Wilde and the Shield of Athena is all about action, with powerful sound effects, intense music and visuals. This slot is a good choice for those who seek that little adrenaline boost. 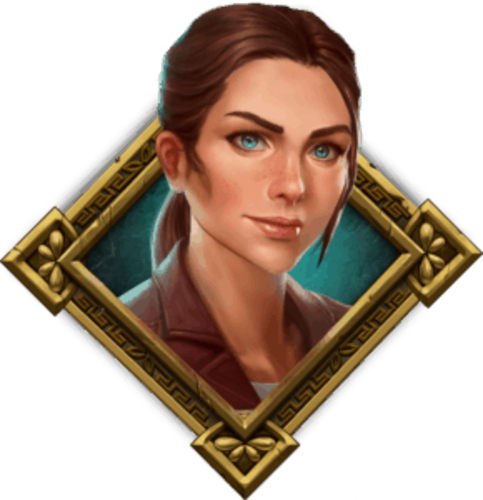 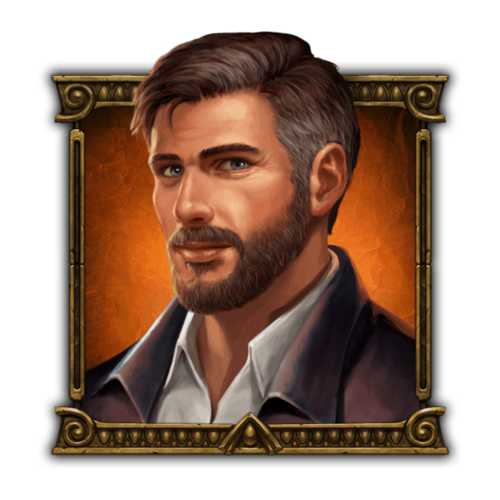 There are 12 symbols in Rich Wilde and the Shield of Athena. The Wild symbol is the Rich Wilde himself and the Scatter symbol is his daughter Cat Wilde. Next symbol in line is a bit of a unique one, it’s called the Shield of Athena. This monster of a woman works as a powerful symbol with a value of 750 for x5. Instead of turning people into stone, she has an ability to randomly turn herself into a Wild, then paying 1500 for x5.

After these, we have regular symbols which are taken from Greek mythology – Helm of Athena, the Ring of Wisdom, the Pendant of Courage, the Golden Owl. Bottom five symbols are classical A, K, Q, J, 10.

There are two very exciting things to talk about when it comes to payouts in Rich Wilde and the Shield of Athena. The volatility is rated 10/10 by Play’n Go, that means it goes as high as it can, meaning that this slot has explosive potential for a big win. More so, max payout is stated as 10,000x. These are stunning numbers and they create opportunities to make some serious highlights.

There are only 10 paylines in Rich Wilde and the Shield of Athena and the RTP is 96.25%. This is a good average rating.

Rich Wilde and the Shield of Athena doesn’t bring in anything groundbreaking. The game has only two additional features and they are pretty straightforward. We already briefly looked at the Shield of Athena symbol, but there is a bit more to it. Besides randomly turning into a Wild, Shield of Athena also provides its feature called Medusa Re-Spin. Once you score a win, with an already turned Wild, this symbol locks itself in for another Re-spin. The Wild will stay locked in until there are no new wins. Any new winning symbols and Wilds also lock themselves in.  Also, scatters don’t land during these Re-spins. 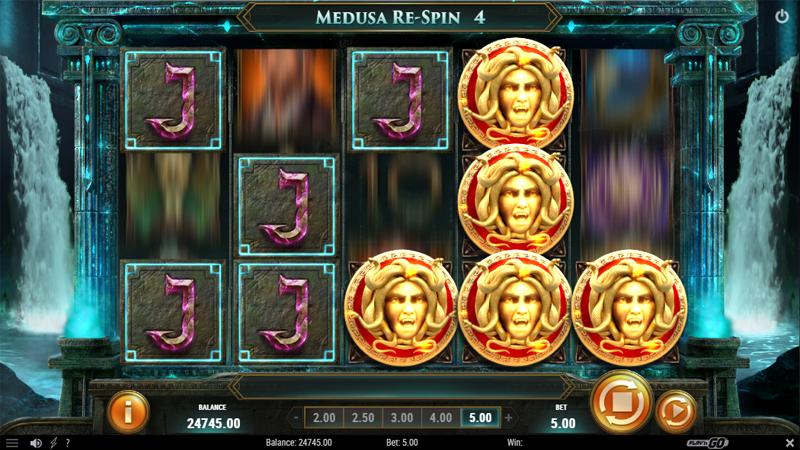 Speaking of scatters, you need at least 3 of them to trigger the main feature that’s called Medusa’s Gaze Free Spins. On these free spins, Shield of Athena symbols are buffed up. After locking in, they stay there as Wilds for the whole feature, locking up new winning symbols along the way. 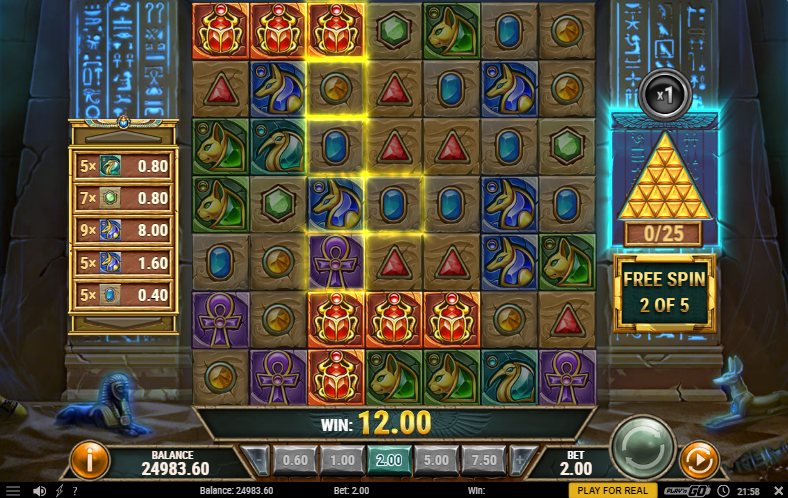 Technically, free spin retriggers are unlimited, so your feature could go on for some time. Getting 3 scatters award players with 10 spins, 4 with 12 and 5 with 15. Same also applies in the bonus game.

On its own, Rich Wilde and the Shield of Athena is a great game, it may be quite simple but it gets the job done. Now if we compare it to other Rich Wilde titles that came before, this slot hasn’t really evolved well. It’s trying to be something new but it feels like the same old.

Of course, it’s tough to be a sequel to games like Book of Dead or Tome of Madness, that’s why we don’t want to bash it too much. It may not be the best in Rich Wilde series, but it’s a strong contender for the number two spot.

Watch Rich Wilde and the Shield of Athena Video Review