Ahoy there matey! Have you ever had a dream of becoming a real pirate? Well, today that dream won't be coming true, but you will have a little taste of that lifestyle with a Pirate Chest: Hold and Win slot. This wonderful adventure is prepared by Playson. You may know this provider from many classic-style games that they have produced. Players seem to love the simplicity of their slots and seldom do they release something that we don't like, so already the mood is positive. Hold and Win slots especially are the bread and butter for Playson, clearly leading the way in overall rankings.

Pirate-themed slots are quite common, but it's one of those themes that can be presented in various ways. You can have a jolly pirate slot or one that focuses on more serious stuff. Pirate Chest is a nice fantasy game, with no poor intentions, so don't worry, the gallows won't await you. The treasures though, are more than expecting you. With the classic Hold and Win bonus, players can claim some wins up to 3,000x! If that got your interest then let's take a closer look at the Pirate Chest slot.

Where to play Playson casino games? Pirate Chest has that classic Playson feel. All Playson slots seem to have this strangely nostalgic feeling about them. The visuals are simple but pretty and colourful at the same time. A wooden 5-by-4 layout stands in front of a shoreline and a pretty run-down pirate ship. You can hear the hull creaking but more importantly, you can hear a soundtrack, that sounds straight out of a Pirates of the Caribbean movie. When it comes to the pirate theme, we think the majority of slots take this movie as their main inspiration. 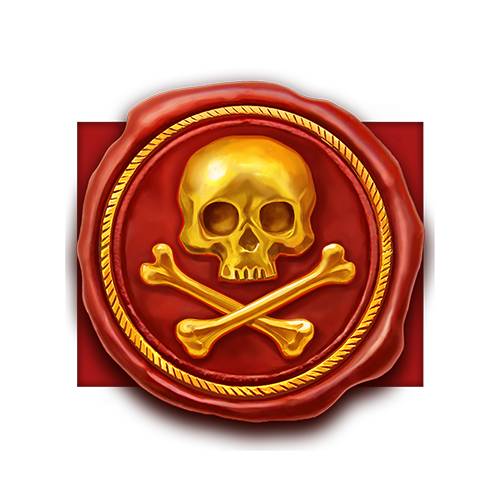 Time to have a look at the Pirate Chest paytable. Symbols are the main things we're looking at, so it's important to make them look good. Mission has been accomplished, as they certainly look pretty. Parrots, monkeys, anchors and compasses are some of the symbols you will find on the Pirate Chest slot. The low-value positions once again are taken by J, Q, K and A. Highest value is shared between the monkey and Wild symbol, which is the captain of the ship, but perhaps the most important symbol is the Pirate ship with a jolly roger mast on it, that is the scatter symbol of Pirate Chest slot, which will lead you to the biggest riches.

Playson have kept things highly volatile, as players battle for that 3,000x payout. It's not the biggest payout potential that Playson have offered us, but it’s far from the worst one too. In general, the whole math model behind Pirate Chest slot is textbook, nothing overly confident has been done to it. Pirate Chest is a reliable slot, providing some classic casino gameplay. You can try this game out on any smart device or computer.

There are some symbols which we did not mention yet. Golden coins with octopuses on them are called bonus symbols. These symbols come in various predefined values. To actually collect these values, you’ll need to land a booster symbol on the 3rd reel. If you manage to land 6 or more Bonus symbols at once, then the Bonus Game is triggered. This is where the classic Hold and Win bonus comes into play. You are given 3 spins, which reset with each new bonus symbol. All bonus symbols become sticky and their values are collected at the end of the feature. By collecting a full screen of 20 symbols, you will be awarded the 3,000x max win!

The second bonus feature on the Pirate Chest slot is Free Spins and it is activated by 3 scatters. 8 Free Spins are given and during them, your chance to land bonus symbols is greatly increased. Every 3 additional scatters will re-trigger this bonus. 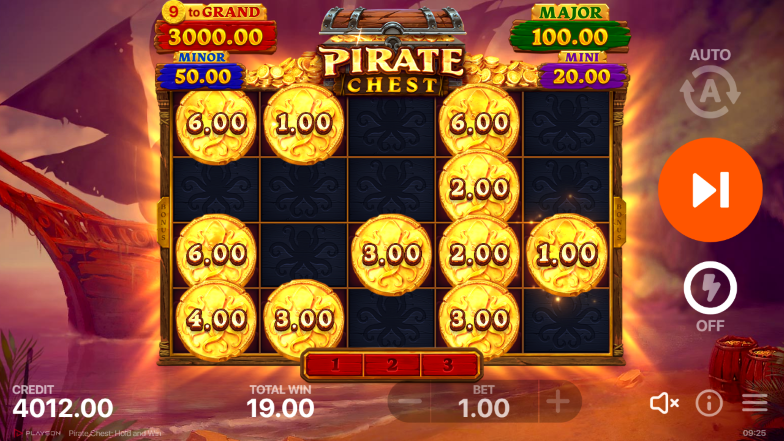 What is the minimum bet on the Pirate Chest slot?

How to play Pirate Chest for free?

You can play Pirate Chest for free, once the demo version is published.

What is the max win on the Pirate Chest slot?

The classic Snakes and Ladders board game reimagined as a slot. Throw the dice and move your way through the wins.

Pharaoh Unas is looking for souls worthy of his treasures. The bravest adventurers can leave the tomb with their pockets stacked.