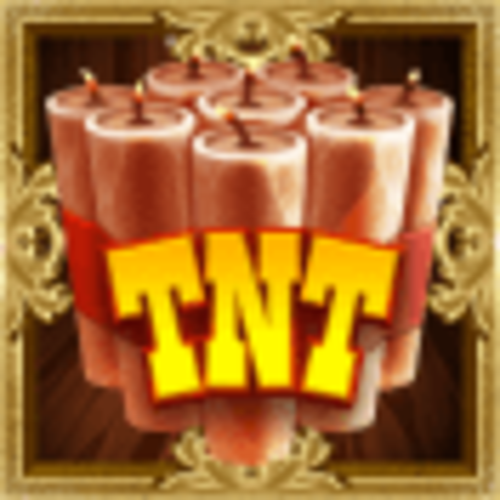 Just like on an old slot machine, the symbols of Western Wilds seem outdated, well at least some of them.  Five low paying symbols all have the same value, these are the royals of 10-A. Notch above we six higher pay symbols, which are pictures with frames around them. These symbols feature gold carts, cowboys boots, bandits and some other similarly styled designs. Overall, the quality of these Western Wilds symbols is not that great, as these symbols have a low resolution. As the name suggests, Western Wilds comes with 3 different wilds, which are further elaborated into bonus features. 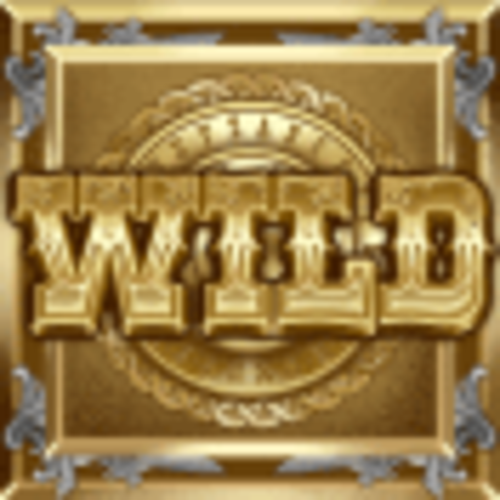 Continuing with wilds, the regular wild symbol can appear on reel 2, 3, 4 and 5. It functions the same way as any other wild, substituting for all regular symbols. The better version of this special symbol is the Expanding Wild. Once a golden safe lands on any of the 3 middle reels, it reveals an Expanding Wild that covers the whole reel. This wild can only appear during the Western Wilds base game. It’s also possible to simultaneously get multiple golden safe symbols. 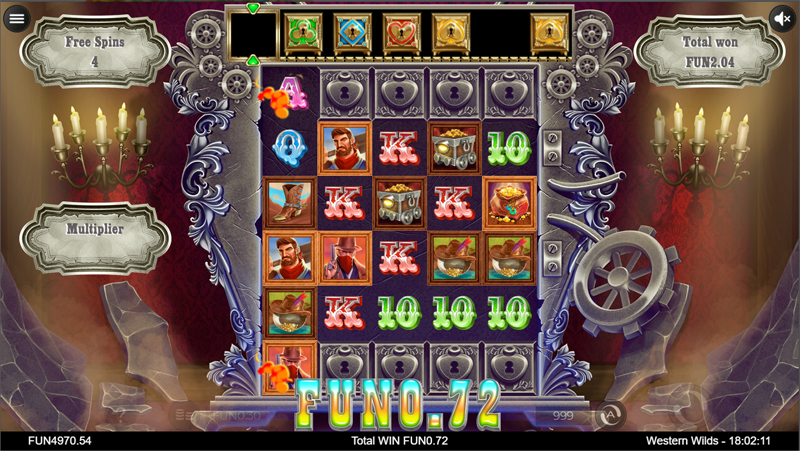