Mother nature can be scary. Take volcanos for example, large mountains that can spew out hot, flaming lava, that scorches anything in its way. Push Gaming definitely can tell a good story. They arguable have one of the most attractive slots on the market right now. Mount Magmas is more about the atmosphere and looks, not so much about the backstory. This hot new slot is also the first Jackpot game for Push Gaming, so naturally, all eyes are on the prize. Released as LeoVegas Original, Mount Magmas is exclusively available to the registered players of the casino. The general release will follow at the end of the summer.

The action takes place by an imaginary volcano called Mount Magmas. Players will need to collect precious gemstones and rocks to form winning combinations. In a way, you will be stepping in the shoes of a geologist. The main headline, of course, is the Jackpot rewards. With daily and Mega Jackpots, Mount Magmas is the first such game from Push Gaming. This makes us very excited, because we love some good Jackpot payouts, and we are sure that you will too.

Where to Play Push Gaming Slots for Real Money?

A quick assessment of how the game looks and sounds. Push Gaming rarely disappoint with their presentations. You can see that they put in enough time in their games, so we don’t get a half-finished product. Mount Magmas sets a really powerful tone. The music enhances the mightiness of the volcano. The presentation is all about the volcano and the rocks, so no characters jumping around, which is good, because it fits the game. Mount Magmas comes with a square 5 by 5 layout. 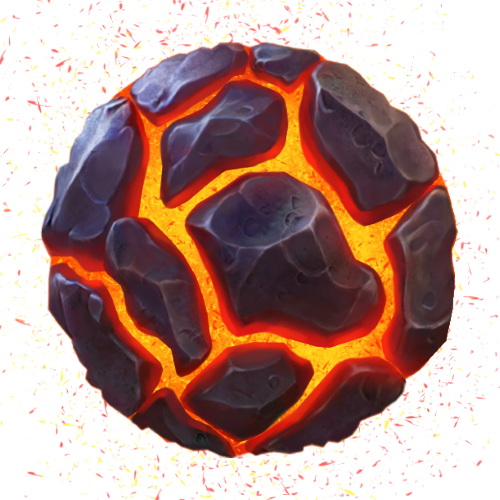 We specifically don’t know if these should be considered as rocks or minerals, but for now, let’s stick with rocks. There are 10 of them in total, not counting the Mount Magmas special symbols. The higher the payout value, the more majestic these stones look. We start off with a pebble, then moving up to some bigger grey stones. Afterwards, follow some small but colourful gemstones in colours of blue and green. Finally, the top tier consists of purple, orange and red stones. The ruby-coloured stone provides a massive 3,000x payout for a full line. Speaking of lines, there are 20 paylines on Mount Magmas.

We’ve been speaking about Jackpots and gemstones, but haven’t gone into the tiny details, that define their real worth. Mount Magmas is a medium volatility slot, so Push Gaming haven’t gone too crazy on Mount Magmas, making the slot more predictable and tame. The 96.50% RTP compliments the gameplay well. When it comes to the actual payouts, theoretically Mount Magma max win can go up to 25,000x, but so far the max observed win has been 20,450x. This result comes after more than a million tries, so do with that information what you will.

Let’s move on to the depth of the volcano, shall we? Besides the Wild symbol, Magma Rock is another Mount Magmas special symbol to look out for. Once this symbol drops during the main game, it gets collected, while leaving a Wild Lava symbol in its previous space. There is also a chance that this Magma Rock will trigger the Volcano Bonus Feature.

The Volcano Bonus is where you want to be because this feature contains some of the best Mount Magmas prizes. Before the actual bonus feature begins, a Magma Spin takes place. This spin will determine the highest win possible during the bonus phase. Once the top prize is decided, we begin our climb. The Volcano Bonus has 11 rows with selectable tiles. Each of these tiles reveals a prize, which is one random instant cash payout.  Some tiles contain the Advance symbol, while some the Game Over symbol. The system is pretty straightforward, Advance symbol will move you one row up while Game Over will end the bonus phase. The higher you climb the greater are the payouts and at the very top, you will find the biggest win of the Mount Magmas bonus. 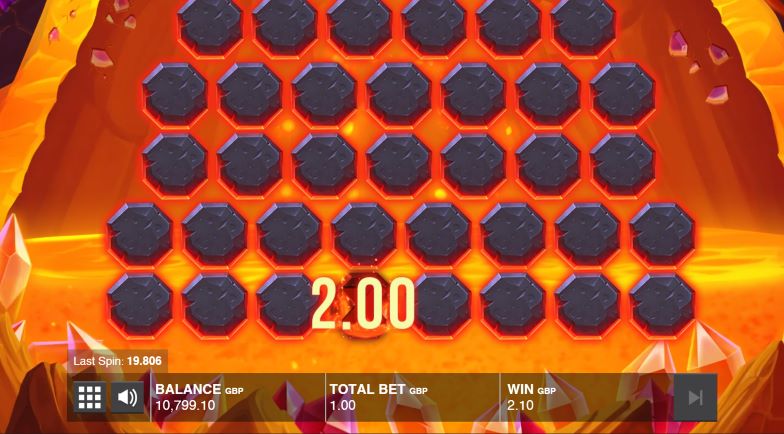 For a medium volatility slot, Mount Magmas is a tough cookie to crack. It’s almost like a real volcano, slowly bubbling down below until one moment just exploding. For your interests, it’s best to catch Mount Magmas in a moment of explosion instead during the preparation phase. We believe that Push Gaming have done well for their first Jackpot slot. Mount Magmas looks and sounds great. Perhaps the main game is a bit tough, but the bonus payouts make it worthwhile.