Greek mythology has brought us some of the most wonderful stories and tales, that have been implemented in media. Most likely you have heard the story of Minotaur and the maze that keeps him hidden. Maze Escape Megaways by Fantasma Games explores this tale further with a help of video slot. The evil king has entrapped Daedalus and his son Icarus in the dreaded maze where the monster resides. Now it’s up to you to help them find a way out and along the way grab something shiny for yourself. 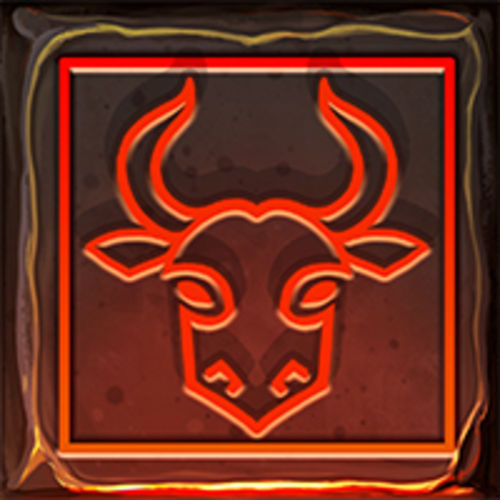 Fantasma Games have previously quite successfully implemented the Megaways addition. To be fair, their approach to Megaways has always been an interesting one, as a combination of their style and payouts produces some of the most exciting slot action. Maze Escape makes another headline with the powerful 25,000x max payout, which makes the dangers of entering the maze so much more worth it. They say that it’s impossible to escape from the labyrinth of Minotaur, but we beg to differ.

The maze that we see in the background was built by Daedalus, but after its completion, the infamous king Minos threw Daedalus and his son in the maze, to bury the secret of the half-human half-bull creature, who was the child of the king. Now, banished from the world, Minotaur wonders the maze looking for any living creatures to consume. It sounds like something out of a horror movie, to be honest, but the Maze Escape Megaways slot itself is much more relaxed and cartoony, so don’t be too worried. Maze Escape Megaways uses a 6 reel 7 row game layout, which due to Megaways addition provides 117,649 paylines. It is a beautiful presentation, but we are also not surprised, as Fantasma Games have been recently releasing some absolute beauties. 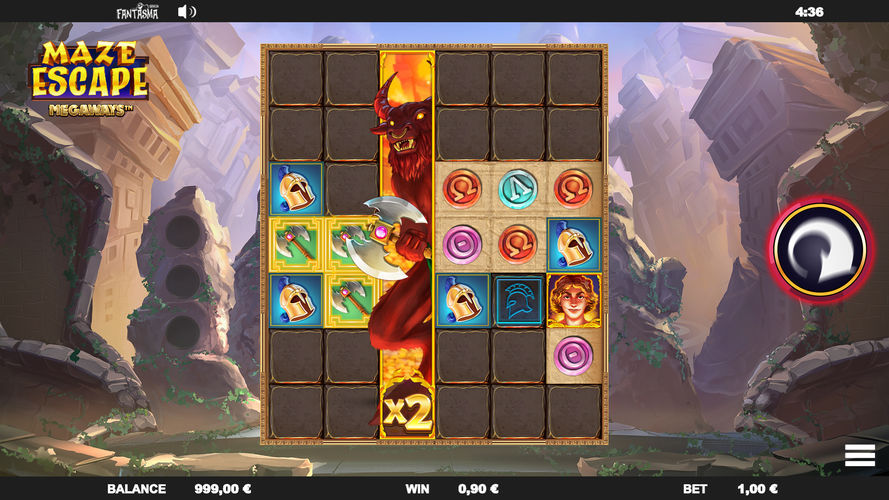 The situation with symbols is straight forward. To create wins, you need to match 3 or more symbols. All the regular Maze Escape Megaways symbols are split up into 3 categories – low, medium and high. Low symbols include Greek letters while medium symbols are different objects such as helmets and axes. Finally, Maze Escape Megaways high symbols are three characters, presumably Daedalus and others. Due to the bigger playing field, the symbols are less detailed, so the quality is kind okay, these are not the most detailed symbols we’ve seen but they are not too bad.

With Megaways slots it’s simple, go big or go home. We are going down the same road on Maze Escape. The volatility is shinning intensively on the high side, I mean, it’s a battle against Minotaur so we wouldn’t expect it to be any other way. Fantasma Games have kept the RTP on Maze Escape Megaways sane, as 96.15% fits nicely around the average mark. The main talking point is the Megaways effect on the max payout and you better believe that effect has been great, as a max win on Maze Escape Megaways is 25,000x. Maze Escape Megaways can be played with bets from 0.20 – 40.

From the first look, you will see that there is something unusual about the game layout of Maze Escape Megaways. Some of it is a part of the Shifting Maze Avalanche. Special attention comes the first reel where on each spin you will be able to spot a golden frame. If you make a successful combination with the frame inclusive then the Shifting Maze Avalanche gets triggered. Rest of the reels will then move one step to the left side. The highlighted symbols will then get locked in, creating a path. For every reel shift, two random Blocker symbols are unlocked. It all may sound super confusing, but once you get to try out the Maze Escape Megaways slot yourself, things should become clearer. 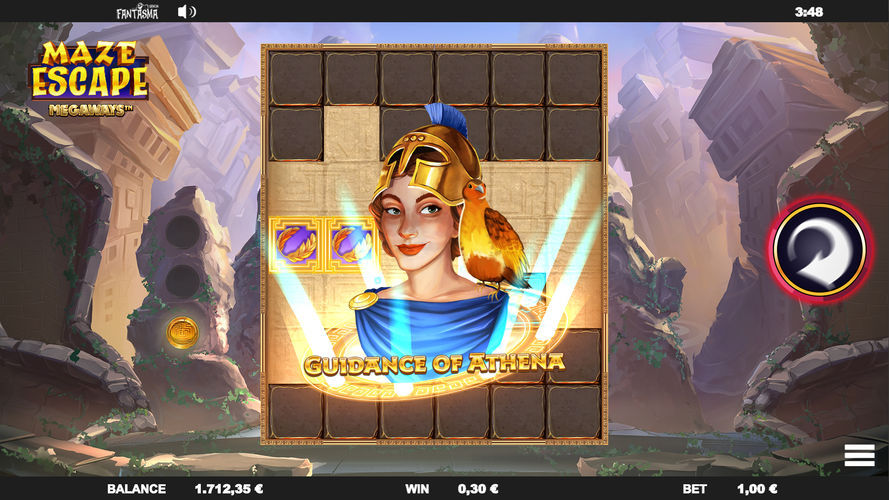 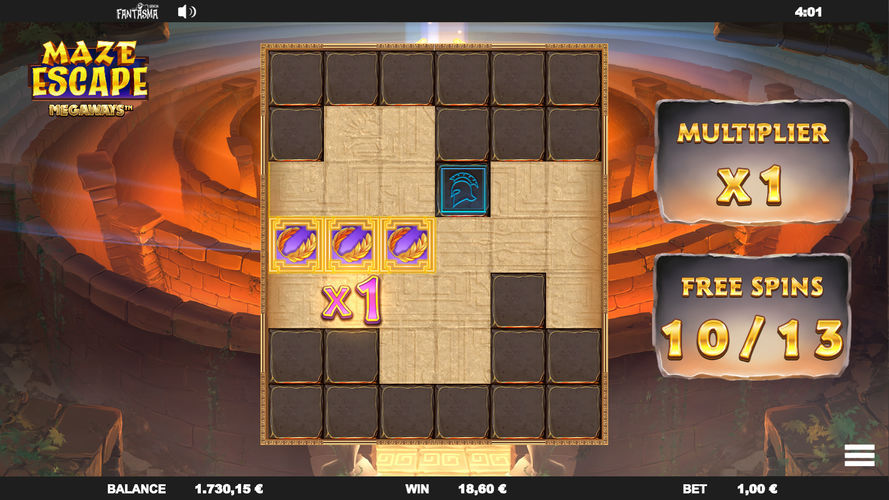 This battle against the Minotaur is a mighty one. Maze Escape Megaways is the most paying Megaways slot from Fantasma Games to date. It’s volatile, a little bit gritty and mean, but in the end satisfying and neat. It’s definitely not one of those slots, where you make a couple of bets and then dip, quite the opposite, Maze Escape Megaways requires some time first to get to know the game and all its mechanics and secondly to receive a win worthy of notice. Fantasma Games are known to present their games differently, so it’s up for you to decide if this kind of different works for you.

Control your game and your dreams. Experience the wonky dreamland and pick out your prize. ELK Studios are keeping their pledge of uniqueness.