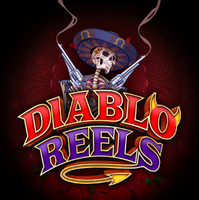 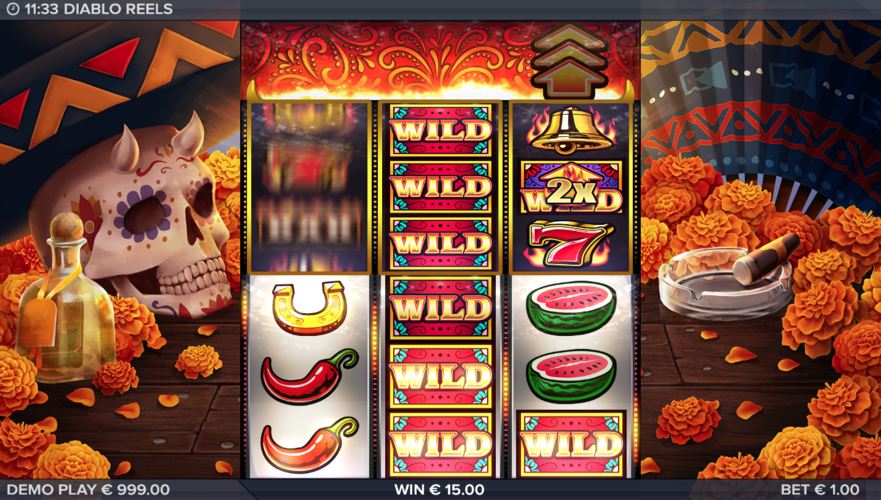 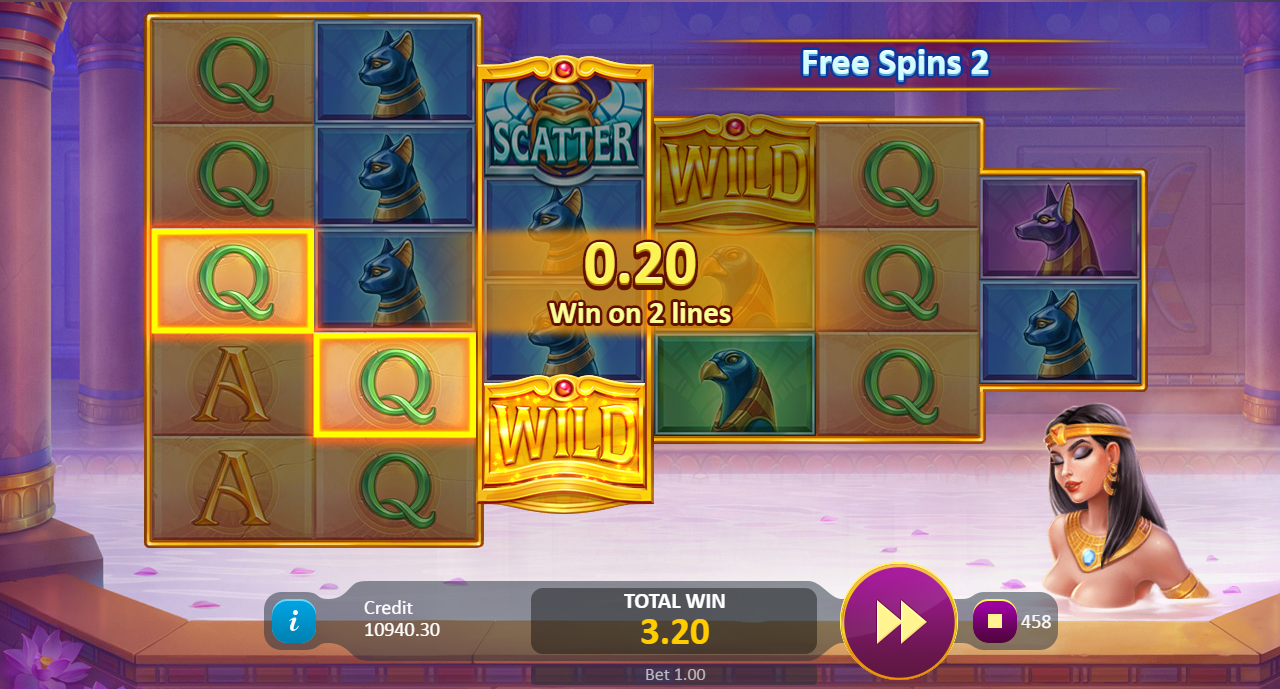 The big boss Diablo represents the Diablo Reels scatter symbol, it’s a skull with horns, the same one we see on the left side of the table. To get the Bonus Game, players must land exactly 3 bonus symbols. During this bonus, both of the reels sets are active, so we are looking at a 6 x 6 layout with 10 paylines. The upper reel set is quite more rewarding, as it has no low-value symbols, only the high paying ones. Nudging Wilds can come with additional multipliers during the bonus game. There is also a chance to retrigger the Diablo Reels Bonus feature - the player can do it by landing 3 additional scatters.