Play for money at Kryptosino

The one positive thing about hitting the rock bottom is, that there is only one way to go and that’s up. Other than that, hitting the rock bottom is no fun and it’s not a good place to be in. Of course, things like these only fuel the fantasy for Nolimit City, as they tend to enjoy grim times and things, which is why they have created the slot called Rock Bottom. You gotta love Nolimit City's uniqueness. You can never predict what’s coming next and for the most part, these games are always quite remarkable. Dark, gritty and a bit creepy, but nonetheless impressive.

The story is about a person, who has lost someone truly dear to them. It’s a true psychological despair which involves all 5 stages of grief – denial, anger, bargaining, depression and acceptance. It’s a dark and twisted story, no doubt about that, but if you’re a fan of Nolimit City, then no doubt you will enjoy this drama-filled slot. This bleak slot draws close parallels to other dark Nolimit City slots, such as Mental and Tombstone RIP. We open up a black and white slot. Life has lost all colours and straight away the vibes are not the most positive ones, to say the least. Rock Bottom slot does have a nice rock soundtrack, so it’s more like a very deep drama, instead of Horror, like it was on the Mental slot. We’re in the streets of New York and it doesn’t seem to be the best alley either. We have to say, that the appeal of graphics wears out quite quickly. Visually it’s not as impressive as some other Nolimit City products, but it’s still unique and fun in its own twisted way. 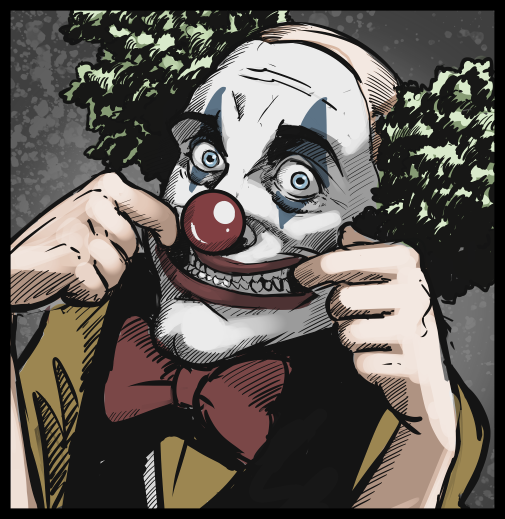 Symbols do bring some colour to the table. The low symbols are royals and the high symbols are five different characters. The most notable definitely is the clown, which is also the highest-paying regular symbol. For 5 matching symbols, the payout is 7,50x, which is not a lot, but we have to consider the xSplits and other features that will come along. The layout consists of 5 reels and rows that are stacked in a 3-4-4-4-3 format.

By now, there shouldn't be any concerns when it comes to Nolimit City slot payouts. These slots can pay, and Rock Bottom is another example. The best possible win you can score is 19,960x. This comes close to some other heavy hitters from the company. Rock Bottom is highly volatile and full of action-packed moments. The RTP is decent, coming in at 96.04%. For Rock Bottom, Nolimit City have set a default bet range of 0.20 - 150. You will be able to play Rock Bottom on all devices.

Like in almost every slot, the scatter symbol is the most important one, as it triggers the best bonus games. On the Rock Bottom slot, 3 scatters will award the Headshrinker bonus while 4 scatters award Insanity Spins. During these bonuses, only characters, scatters or blanks can land and for each 5th collected scatter, you move one level up. Depending on your current level, the corresponding character symbol will expand. There are also additional multipliers for all character symbols, whose level has not yet been reached. Insanity Spins provide the same feature, plus all expanding symbols turn into Wilds. Each scatter and each level-up awards +1 and +2 Free Spins respectively.

There is another feature, that makes the Rock Bottom slot absolutely insane. Your win during the bonus is capped at 1,969x. That is when the xCap feature is triggered. The Player will then get a random multiplier of 2x, 3x, 5x, 7x or 10x, which means that your previous 1,969x win can turn into the 19,960x max win in a single move.

You can also buy both of these features for 75x and 500x respectively. 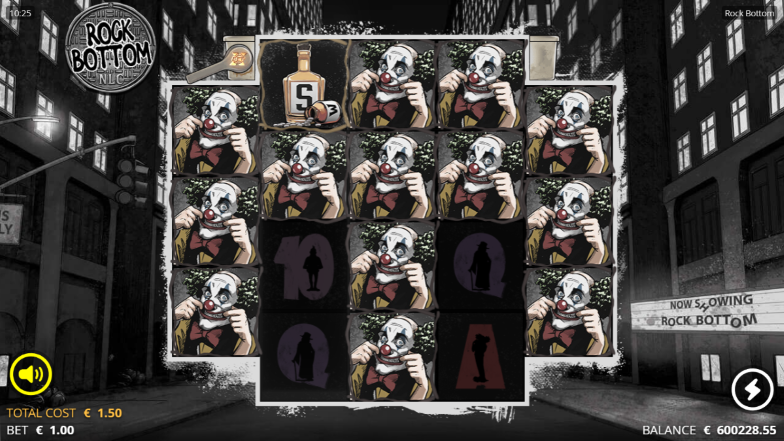 If this slot appeared suddenly and Nolimit City didn't have the reputation that they have, then we would be very surprised, but since Nolimit City has the reputation that it has, well then Rock Bottom is not that shocking. It's another dark and twisted fantasy, with visuals that leave a strong impression. Of course, Rock Bottom is also a heavy-hitter, so you can expect some crazy wins from this game. Although it doesn't seem that Rock Bottom was an especially important project for this studio, it is still a force to be reckoned with.

What is the minimum bet on the Rock Bottom slot?

What is the max win on the Rock Bottom slot?

Which other Nolimit City slots I can play on SixSlots?

On SixSlots you can find such Nolimit City slots as Mental, Folsom Prison and Karen Maneater.

Cross the Styx river for your passage to the Underworld. Face the dreadful Hades and fight for your Jackpot!