The original Wild Toro was released back in 2016 and it took the iGaming world by storm. To this day, it is one of the, if not the most successful releases from ELK Studios. This slot won the 2017 Game of the Year award and it won over the hearts of many players. 2021 marks the 5th anniversary. ELK Studios are throwing a massive celebration, as they have planned a whole Wild Toro World Tour. This “tour” includes 3 separate Toro slots which will be released in the span of upcoming months. The first slot of the triple header is Wild Toro 2, which is a direct sequel to the original title, so buckle up my friend, this will be a wild ride.

Toro is an overly charismatic bull who stands against his nemesis, the matador. It’s a humoristic Spanish novel, which has now entertained players for years. Times are changing and slots are becoming wilder with much better payouts. This is evident if we compare both games, which we will do throughout the review. More features, bigger wins and the same old Toro. The famous ELK Studios hero is back, wilder than ever. Even though five years have passed, both slots don’t look that much different. The characters are the same and also other visuals haven’t seen that many adjustments. ELK Studios are capable of great visual effects, so no doubt they wanted to keep the original look and charm of the first Wild Toro slot. The Wild Toro 2 game layout is a bit further back now, so we can see the beautiful city much better now. The graphical quality has also been improved, although not by much. One significant change is the size of the layout, which, instead of 5x3 is now 5x5. Those two additional rows can really make a difference. Another big change comes to game music, which is now more intense and romantic, like a true Spanish novel. 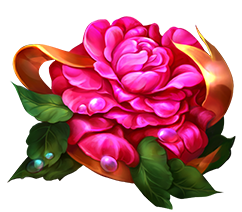 Wild Toro 2 takes most of its symbols from the previous game, so the changes are really minor, but there are a few. Instead of 6 regular symbols, we now have 8. The lowest tier comes equipped with J, Q, K and A, the mid-range has silver and gold coins, while the high range has two symbols – orange and flower. Individual symbol payouts are rather low, so best Wild Toro 2 wins rely on bonus features. The good news is, there are plenty of them on Wild Toro 2. Besides all additional special symbols, Wild Toro 2 also has a regular Wild.

We now move to, perhaps, the most important aspect of the game, the payout model. Instead of 178 unique combinations, Wild Toro 2 offers 259 – 502 paylines, so there are a lot of different ways how you can tackle the Wild Toro 2 slot. Volatility has also increased, making Wild Toro 2 a high volatility slot. With high volatility come bigger payouts. In this case, the max win has more than quadrupled, offering a mighty 10,000x max payout. On many ELK Studios slots, this has been the max win, as, for some reason, ELK Studios don’t seem to go over this threshold. By now, it seems like ELK Studios have improved every aspect of the game, which is not true because Wild Toro 2 RTP has dropped to 95%. Before we had 96.40%, which is quite a bit better. Although not the end of the world, it’s still not pleasant.

There are plenty of new features on Wild Toro 2, so this slot is packed with entertainment and payout opportunities. There is no main bonus feature like Free Spins, for example, instead, we are given different bonus opportunities. Besides the regular Wild, we have the Silver and Gold, matador. One is a wild that moves and awards respins, while the other does the same and adds a progressive multiplier. You only need one of these symbols to trigger the Expanding Matador Respins. Each Matador adds an additional row of symbols, up to a maximum of 8 rows. The Matadors move one reel to the left until they drop off. Each step grants a respin and an added multiplier if you have the Gold Matador.

Same as the matador, Toro is also a walking Wild. If you land both Toro and Matador simultaneously then the Toro Goes Berzerk feature is activated. Toro will charge at the Matador, leaving Wild symbols in its trail. When he knocks off the Matador, any activate multiplier are transferred to Toro. Thanks to this fight, you now will have another walking Wild with a multiplier. Any additional Toro wilds will inherit the multiplier in view. Wild Toro 2 comes with the modern X-iter addition, which allows you to purchase bonuses straight away. Toro Goes Berzerk costs 100x, three Matador spins cost 250x while Super Multiplier bonus costs 500x. 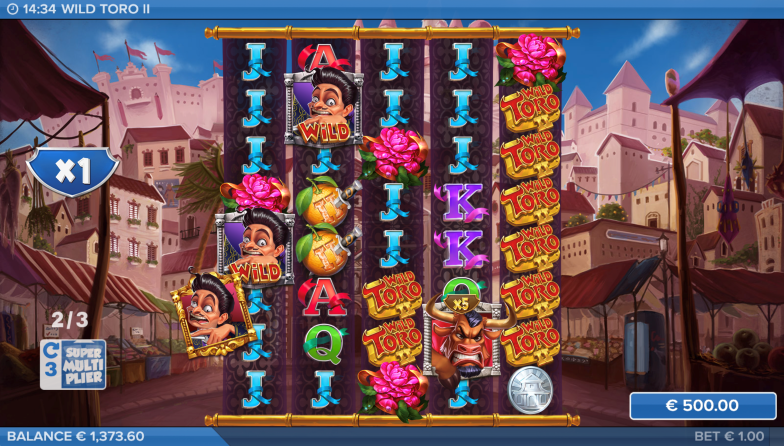 If your slot wins the Game of the Year reward, then you’re not really tempted to make huge changes to the game model, which was already so successful, right? We believe, that ELK Studios did a fantastic job, as they kept the soul of the game, while still adding some new exciting features and visual effects. It still feels like that familiar Toro which we saw all those years back, but now with a new and improved look. The payouts are better and features provide bigger opportunities, so Wild Toro 2 is a wonderfully made sequel.

Where can I play both Wild Toro slots?

Both slots will be available in online casinos that provides Fantasma Games slots. Check the list of casinos under our Online Casinos section.

What is the max win on Wild Toro 2?

What other Wild Toro slots I can play?

So far, ELK Studios has two Wild Toro slots, but another two are planned for release in the upcoming months.