The forest of Walarya is full of mysteries. Through these forests flow various fjords which are also the natural habitat for huge water creatures. At the end of the falls stands a forest shaman, who is waiting for these big creatures. He has plans to catch them and get some rewards for it. It’s definitely a unique business idea, but if you want to get a share of profits, then, by all means, have a go at the WaterBlox Gigablox slot.

WaterBlox Gigablox slot has been made by Peter & Sons in association with Yggdrasil. Both companies have been closely working with each other, and WaterBlox is an obvious result of this cooperation, as this slot implements the Gigablox mechanism, originally made by Yggdrasil. Coming after Monster Blox, this WaterBlox slot is the second Gigablox slot for Peter & Sons. Monster Blox was a great release, so it’s obvious why Peter & Sons are looking for a follow-up. With all these exciting features and a 10,000x max win, WaterBlox Gigablox has captured our interest to the fullest. There are some similarities between both Gigablox slots, but then again, all Peter & Sons slots have this authentic look, that makes their games recognizable. The shaman is standing next to the reels, as the rest of the screen is full of stones, grass, moss and water. Combined with the blocky symbols, we’re getting strong Aztec slot vibes from this game, although fjords are mostly common in the northern part of the earth, so we feel like the Aztec theory should be rolled out. WaterBlox Gigablox is a pretty slot, but we feel like Peter & Sons have had better presentations in the past. 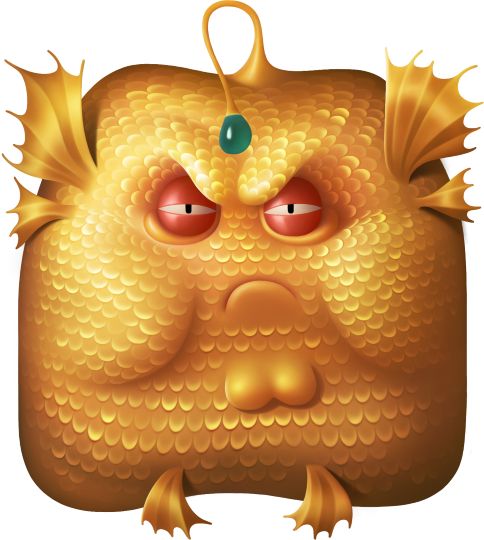 At the centre of attention is the sizeable 6 by 6 game layout. It’s made more impressive with the large Gigablox symbols that land ever so often. These blocky symbols include four card suits, as well as a couple of sea creatures. The octopus is the most valuable regular symbol apart from the Wild symbol. The WaterBlox Gigablox slot comes with 50 paylines. The symbols of this game definitely aren’t the most typical, but nothing is ever basic with Peter & Sons.

When two slots come from the same background, we like to compare them, to better understand, if things have been improved. Both Monster Blox and WaterBlox are quite similar, but it seems like Peter & Sons have slightly pumped up the numbers, more precisely, the max win has been increased by roughly 2,500x. Both games are highly volatile and with an RTP of around 96%. WaterBlox Gigablox slot limits the betting to a range of 0.20 – 50. Peter & Sons slots have always run exceptionally well, as the gameplay and animations are smooth and silky.

The obvious thing in the WaterBlox slot is the Gigablox symbols. Individual symbols may appear in a size of 2x2 to 6x6. Scatter symbols may also be Gigablox.

During the main game, 1-3 random symbols may turn into Wilds. This is the Wild Respins feature as it also awards a respin once the wins from Wilds are paid out. In this respin, the Wild symbols will roam and change their positions. The size of symbols that were turned determines the number of roaming wilds you get.

The best feature you can get on the WaterBlox slot is the Monster Free Spins bonus. To go this feature rolling, you’ll need to land at least 5 scatters. The layout extends to 6x8 and 100 paylines are active. Each additional scatter that lands during the bonus awards +1 Free Spin. Wild Respins feature is triggered on each Free Spin. Each Wild also increases the value of the meter and when this meter fills up, the multiplier and Free Spin amount increase. 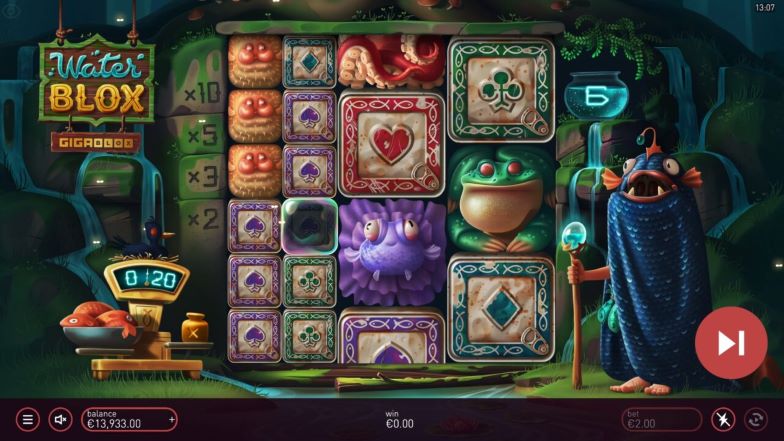 WaterBlox is certainly an interesting slot to look at. Gigablox is a good mechanism to use for Peter & Sons because combined with their unique visual style, Peter & Sons manages to create a really special looking game. WaterBlox has increased the payout potential, but sometimes it’s hard to extract the most out of the Free Spins bonus. Considering that scatters equal the amount of spin rewarded, you may be left off only with a handful of spins, which may not be fruitful. WaterBlox certainly is a decent slot, which is something that we’ve come to expect from Peter & Sons.

Where to play WaterBlox slot for free?

To play WaterBlox Gigablox slot for free, use the available demo player, which is published on the release date.

How volatile is WaterBlox slot?

What is the minimum bet on WaterBlox slot?