It’s in human’s nature to philosophize about the future and the possible end of mankind. There have been various portrayals about the end of the world and the society that manages to survive in the rubbles of the old world. Post-apocalyptic settings vary between themselves, but most of them share some common principles, such as destruction and deviance. The Last Sundown is about the earth, that has become a wasteland. Only the most cunning survive in this new era of humanity. Our story is about two heroes – Rae and Devin, who try to overthrow the vicious and tyrannic warlord siblings called Tuco and Lauro. It’s up to you to help them bring some justice to these forsaken lands.

When we think about deserted post-apocalyptic worlds, for a lot of us, the first thought is Mad Max. You may also think of games like Fallout and Borderlands, so you can imagine which road we are going down when we will talk about The Last Sundown slot. Play’n GO are certainly providing us with an interesting idea, but The Last Sundown extends further than just being that, as it brings quite a pungent game model. Play’n GO have seemingly stepped up their payout potentials, as this new The Last Sundown slot brings players a chance for a 36,000x payout. The wasteland is treacherous, but we never shy away from a challenge.

It’s no secret that Play’n GO are releasing new games quite frequently. This has begged a question if the overall quality suffers due to this quantity? Wouldn’t it be better to release less but more polished games? There is some truth to it, but not entirely. Play’n GO do often release simple slots, which copy a lot from their other titles, but in most cases, their slots feel fresh and interesting. We also get a lot more good slots than bad ones, which brings us back to The Last Sundown. This doesn’t feel like the typical Play’n GO slot. Post-apocalyptic settings are popular with providers such as Nolimit City, but we don’t really associate this theme with Play’n GO. Nonetheless, the game looks great and it has this gritty, harsh feel to it. 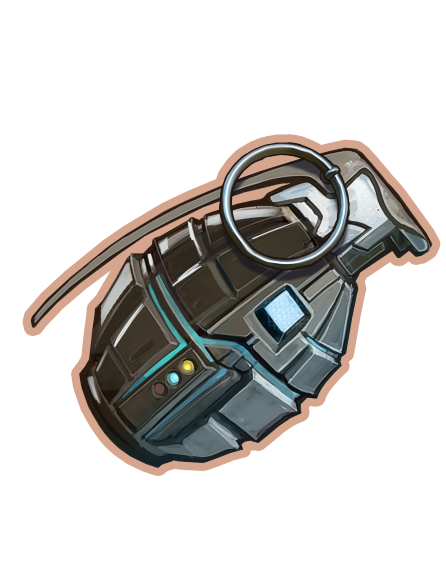 The Last Sundown consists of 12 symbols. Two of these are specials, for instance, Wild and Scatter, while 10 symbols are regulars, which are then further split into two categories. The weapons category has a knife, axe, revolver, grenade and a pistol in it. With higher payout values follows the character category. Here you will find a mechanical dog, Rae, Devin and both siblings, Tuco and Lauro. Worthy to add, that Play’n GO are using a unique set of low symbols, instead of recycling the old card suits or royals. Initially, The Last Sundown comes with 243 paylines, but they can extend up to 7,776 due to some additional features.

The Last Sundown has a more brutal theme than an average Play’n GO game, so you need to match it with some good payouts. That has been done, as The Last Sundown brings quite a punch. The max win is 36,000x, but the actual chance to hit that is one in a billion, so not the most favourable odds, to say the least. Play’n GO have set volatility to be 8/10, which makes it a high one. The optimal RTP is 96.20%, but lower variants also exist. The Last Sundown is one of the rare slots, that doesn’t use the standard Play’n GO bet range, instead of the maximum bet being 100, it is now 50. The minimum bet still remains 0.10.

Design-wise The Last Sundown may be quite innovative, but the bonus features that it offers are quite straightforward. Starting with the most simple one, we got Splitting Symbols. This feature can activate randomly on any spin. Before the reels stop, one symbol will be chosen. Afterwards, all instances of this symbol will be split into two. This creates more paylines and more opportunities to win.

The Last Sundown certainly doesn’t look like the typical Play’n GO slot, which we get on a monthly basis. It’s an interesting setting with an engaging story, so when it comes to presentation, Play’n GO haven’t set a foot wrong. The payout model is pretty good, although the dream to score the max win of 36,000x may just remain a dream with odds like that. The whole symbol splitting idea doesn’t sound too exciting, but it can bring some awesome wins, so in the end, that’s what matters the most. The Last Sundown isn’t a flawless slot, but it definitely stands out.

Can I play The Last Sundown slot for free?

Absolutely, The Last Sundown can be played for free using the available demo version on the SixSlots webpage.

What are the available RTP settings?

What is the minimum bet for The Last Sundown?

Visit the ancient city of Coba which is protected by the Mayan snake god Quetzalcoatl. Treasures up to 25,000x!

The great ruler Akbar and his trusty advisor Birbal are looking for new journeys. Tradition and culture mixed with wonderful slot features.