Way back in 2013, NetEnt released their Space Wars slot. This was way before Reactoonz even existed, so the iGaming industry was already invaded by extraterrestrial life. After a good 9 years of wait, we’re now getting a sequel called Space Wars 2 Powerpoints. No, this is not a collab between NetEnt and Microsoft Office, it’s a new sci-fi slot with an exhilarating mechanism known as Powerpoints. Many of you surely are aware, that NetEnt is the highest tier online casino game provider, so it’s safe to say that we’re quite excited to see this sequel play out. The sci-fi genre can be portrayed in many ways and we’re interested to see, how did NetEnt fare. The new galaxy, new adventures. Space Wars 2 Powerpoints is a delightful sci-fi slot with a proper alien style presentation. It has a funky soundtrack, weird-looking creatures, spaceships and different planets floating around. It’s the full space theme package, so what more can we ask. In all seriousness though, NetEnt have done a phenomenal job on the way this game looks and sounds. Of course, we didn’t expect anything less from NetEnt, considering their high reputation in the industry. 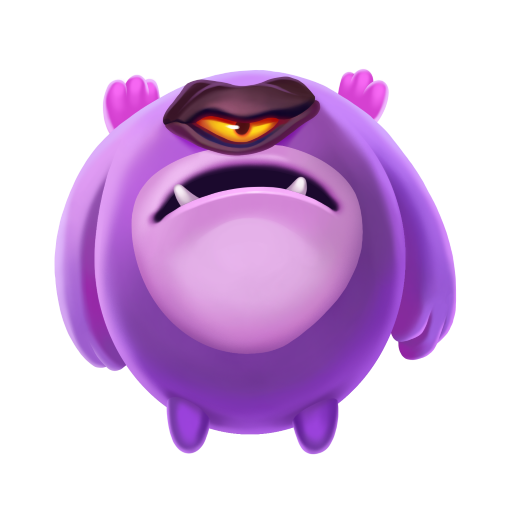 Aliens and weird objects float around, so at first, you might not see that this slot consists of 6 reels and 6 rows. There are no paylines, as this is a cluster pays slot. Just like on Reactoonz, you combine bunches of aliens, instead of neatly lining them up. It’s a fun game model, which we have seen before and which works well. The symbols of Space Wars 2 Powerpoints consist of 5 bacteria-like looking objects, 5 aliens and a single red gem. That’s the high award symbol of Space Wars 2.

Let us roll back the years and see, what sort of payouts did the first Space Wars bring. The max win was just 1,000x, but those were the days when big jackpot wins weren’t really that common, but now they are, so Space Wars 2 Powerpoints max payout is 10,020x! That’s a lovely potential, which overshadows the original title. The RTP on this slot is 96.05% and the volatility is high. On the contrary, the first Space Wars slot came with a higher RTP and lower volatility. No surprise though, high volatility slots seem to dominate the market currently. Space Wars 2 Powerpoints bet range is 0.20 – 100.

Space Wars 2 is like a spaceship that’s packed with guns and gadgets. There are multiple features which will enhance your playing experience, so without further ado, let us get into them:

It’s in the name of the game but what does it mean? Powerpoints is what fuels this spaceship. Each win awards a certain amount of Powerpoints, which then are added to the collect meter above. As you move through these collector levels, the win multiplier increases. Space Wars 2 is a cluster slot, which means there is a tumble mechanism in place. As we like to say, one bet can result in many wins.

By matching four symbols horizontally, a Row Blaster is triggered. This removes all symbols except Wilds and feature symbols from that reel where Row Blaster symbols appear. Also, any Powerpoints from this explosion are added to the meter. The same effect applies to a line of symbols vertically, but then the symbols on the row are destroyed instead of the reel. 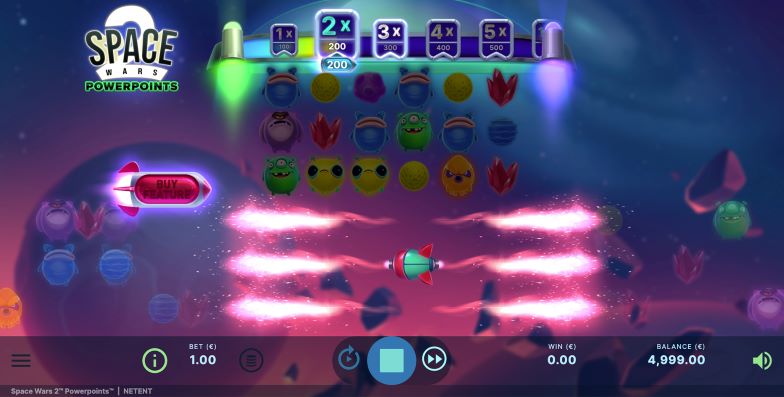 By matching 5 or 6 symbols, a Zapper symbol is added to the reels. Zapper removes a random amount of symbols from the reels, adding those values to the Powerpoints meter. 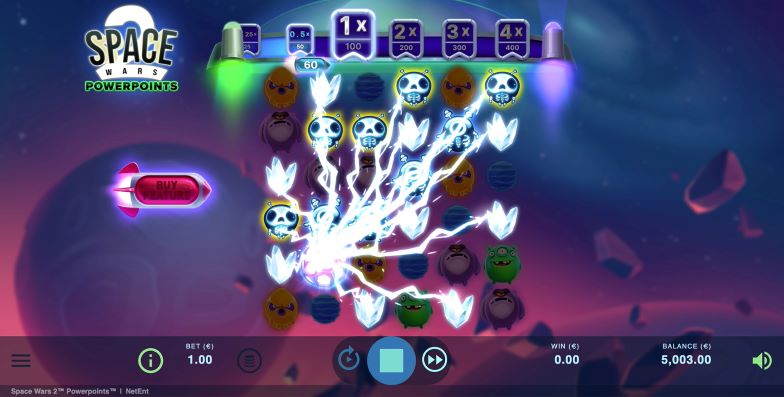 A winning cluster, that consists of vertical and horizontal matches awards a Bomb symbol. The feature triggers after previous wins are evaluated. All symbols around the bomb are removed from the reels.

A 3 symbol match awards a Wild symbol in a place of one of the removed symbols. You may also land a Multiplier Wild instead, which comes with a randomly assigned 2x, 3x, 4x, 5x, 10x or 25x multiplier.

One of the sweetest things about Space Wars 2 is the fact that you can combine all these features to create some special gameplay scenarios.
By collecting 1000 Powerpoints, you trigger the Space Wars 2 Free Spins bonus. During Free Spins, the grid expands to 8 rows high. The amount of Free Spins depends on how many points you have accumulated.

You can play Space Wars 2 Powerpoints slot on SixSlots, once the demo player is published.

What is the RTP on Space Wars 2 slot?

What is the minimum bet on Space Wars 2?

Shiny ingots, diamonds and piles of golden coins all can be yours if you have the guts to join up with one feisty Londoner.