Play Rich Wilde and the Amulet of Dead Demo for Free!

Our favourite adventurer is back for another round of slot spinning. Rich together with his daughter Cat has been the leading force for Play’n GO, although lately, his daughter was mostly hogging the spotlight. Maybe Rich was on a vacation? Wouldn’t serve him poorly as he has had some tiring journeys across the world. Whatever the case, Rich Wilde is back in the saddle, ready to conquer Egyptian tombs once more in his search for the Amulet of Dead. Let us return once more to the lands of Ancient Egypt. 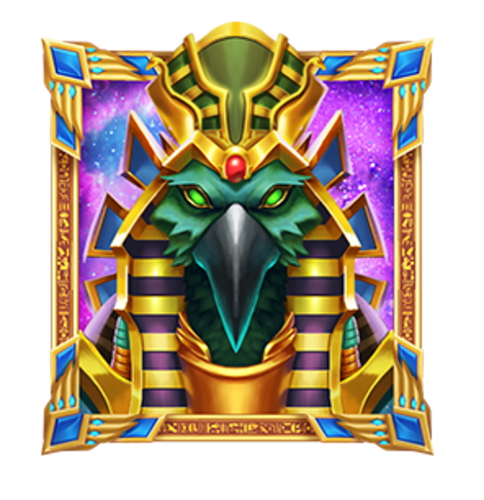 Rich Wilde and the Amulet of Dead is a classic Play’n GO style 5 reel slot. Thoth, the god of wisdom, science and magic is the main deity of the game, so we might be heading to the temple of Hermopolis, which is this god's chief temple. Surely there will be mixed reactions on returning back to the most famous place in the slot world, but Book of Dead enthusiasts will surely feel like home. To be honest Amulet of Dead is just another word to hide the “book of” game model, for better or worse. Time to find out what’s new and old about Rich Wilde and the Amulet of Dead.

Where to Play Rich Wild Slots for Real Money?

Judging the visual effects, we seem to have taken a step back. You could see the improved graphics and also Rich himself getting older throughout Tome of Madness and Shield of Athena, but on Amulet of Dead, everything looks as it was on Book of Dead, which was released way back in early 2016. That’s five years of possible innovation, but we are back at square one. Perhaps Rich Wilde and the Amulet of Dead is meant as a homage to the original title, but it also can be used as an excuse for lacklustre effort. What we do know is that the backdrop of Amulet of Dead is an entrance to the legendary temple, which holds our desired treasures. 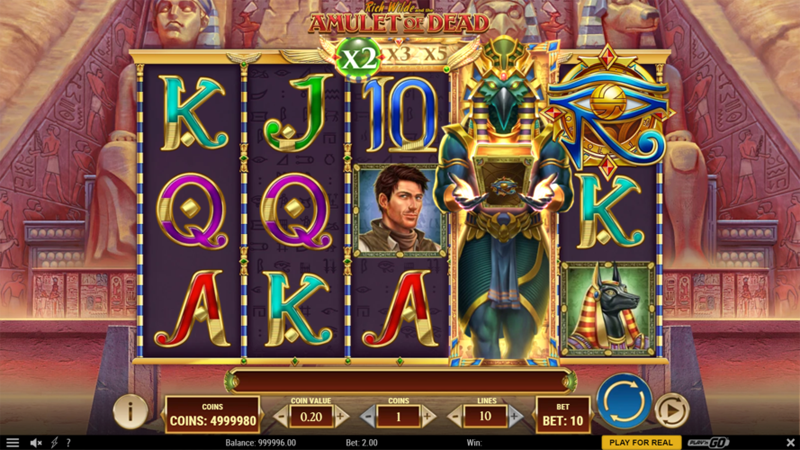 It’s good to recycle, but maybe not in video slots. Almost all symbols are taken from the Book of Dead, at least the regular ones. You will surely recognize the low set which consists of 10, J, Q, K and A. Same goes for high symbols, which are the famous statues of deities. The highest paying regular symbol on Amulet of Dead is Rich Wilde who looks as young as the day he set foot in Egypt for the first time. We do have to admit, that it is a bit nostalgic to see the old set of symbols back, but it is also mixed with a slight disappointment for the lack of innovation. Rich Wilde and the Amulet of Dead comes with 10 paylines.

Rich Wilde and the Amulet of Dead comes with the Free Spins feature, but there is one additional feature, that adds a little flair to the somewhat regular game model. This is the Thoth Multiplier, which active during both the main and bonus game. Stacked Thoth Wilds trigger the Thoth Multiplier. 1, 2 or 3 fully stacked Thoth Wilds activate a multiplier of 2x, 3x or 5x respectively.

Free Spins on Rich Wilde and the Amulet of Dead follow the standard and already legendary bonus game model. 10 Free Spins are triggered by at least 3 scatter symbols. The main element of Free Spins is the Expanding symbol. If you have played Book of Dead, and there is a high chance that you have, then you should already know how this goes, but it doesn’t hurt to remind. Before Free Spins one regular symbol will randomly be chosen to serve as the Expanding symbol. Whenever the selected symbols land, they expand to cover the whole reel. The higher the value of the regular symbol, the better chance to score a bigger win. 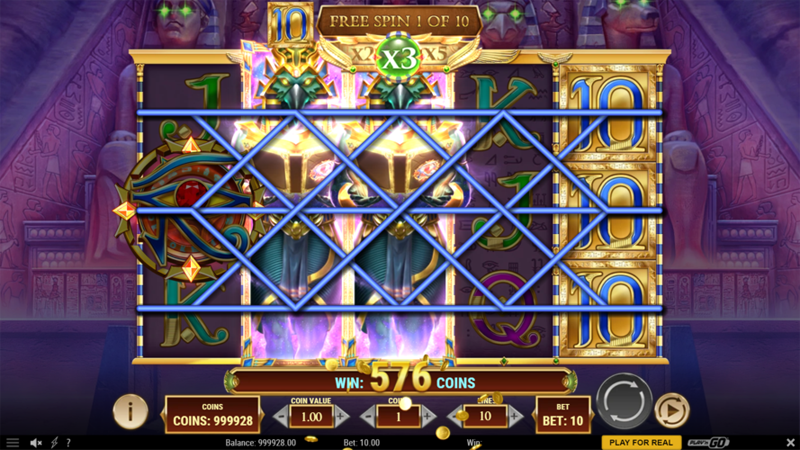 In Free Spins, the Thoth Multiplier can substitute for an Expanding symbol, for example, if your Expanding symbol is A and you land only two of them, then 1 extra wild will trigger the expansion, which without it wouldn’t happen. Rich Wilde and the Amulet of Dead Free Spins can be retriggered with 3 scatters.

Phoenix Town is ruled by a corrupt mayor and his snarly wife. Only Phoenix Wild may save everyone and get you your wins

Dark Ages were gruesome and unforgiving times. Crown of Valor offers an immersive experience to be a part of a castle siege.