Surely you’ve heard of the Great Barrier Reef. It stretches 2,300 kilometres wide and this place is filled with the beauty of nature. Such a beautiful and colourful coral-filled seabed is the place where all the action takes place on Reef Raider. Join our little quirky crab pirate, who is seeking the drowned sea treasures. Sunken pirate treasures, natural gems and riches, what more we will find under the waters of Reef Raider? We hope you don’t have thalassophobia because we are going way down in the deep waters.

Seems like Mr Crabs has decided to close down his restaurant, instead opting for a life of a pirate. It’s certainly more exciting than flipping burgers. Reef Raider is a NetEnt cluster slot, so players will need to combine clusters of symbols instead of paylines. If you enjoy Candy Crush, then Reef Raider could be something up your alley. Of course, the game can also be enjoyed by experienced slot enthusiasts. Reef Raider sets no boundaries, it’s a fun time for everyone. Moreover, it’s a slot that can pay up to 8,500x. A true treasure hunters delight.

Reef Raider starts off pretty lowkey. A cool little bass riff plays in the background. The sound is muffled like it’s under the water, which makes sense. The pace picks up once you begin to score some cluster wins. The 7 by 7 game layout is located on the ocean floor, with nice corals and underwater plants surrounding it. It’s perhaps not the flashiest NetEnt display, but it has a nice atmosphere. This slot brings some positive vibes, so if you’re into that, then you don’t need to look any further. 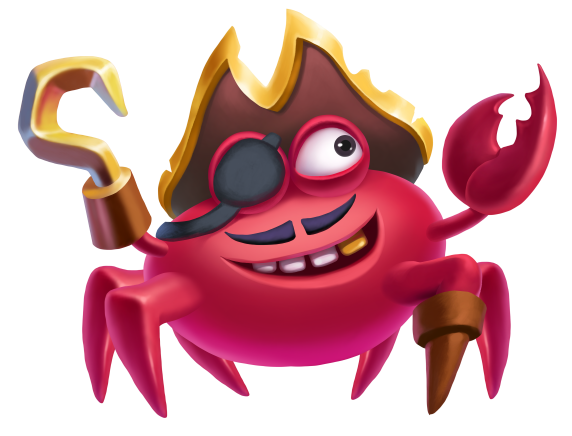 Shells and plants are beautiful and nice, but we prefer to get something more valuable, for example, some gems. Reef Raider contains a bunch of special symbols, but before we get too excited, let us also acknowledge the regular symbols, which are 8 in total. Four seashells are low symbols, while four gems are medium symbols. All the symbols are colourful and playful, which really does make this a pretty slot. It depends on the player, but cluster slots have gained a large following, perhaps it’s thanks to the success of other non-slot games.

Good visuals are just half of the job done, as you need a good gameplay model and some payouts for the game to be successful. To produce any wins, players need to match at least 5 symbols, which need to be adjacently placed, forming a winning cluster. Along the way, you will come across different features, but this is the basic of the game. Reef Raider is a medium volatility slot, meaning that wins and payouts come fairly often. In general, the game feels quite balanced, rarely the game fails to provide some action. Reef Raider max win is 8,500x. For a medium volatility slot, that’s a really good number.

Reef Raider is full of special symbols and features, which you will easily come across during your expedition. Some simple symbols such as Clam Wild and Multipliers can appear often during the main game. Clam Wild drops after every winning cluster, while Multiplier symbols can multiply the win if it’s located horizontally or vertically next to the cluster. The values can be 2x, 3x, 5x and 50x.
Just like a map of a treasure island, the Treasure Trail wraps around the Reef Raider game layout. The “X” in the end, together with the 0/15, gives you an idea that the grand prize is acquired by landing 15 consecutive clusters. That sounds a lot, but thankfully we have a couple of extra features that will make this task easier. After every 3 consecutive clusters, the Treasure Trail awards one of the following modifier features.

• Anchor Drop – chooses 1 to 3 low symbols. All instances of these symbols are then removed from the reels
• Random Wilds – 4 to 8 Wild Coins are added to the game layout
• Mystery Chest – 2 to 16 regular symbols are replaced by Mystery symbols. All the Mystery symbols then reveal one identical symbol
• Cannon Blast – a cannonball destroys a random symbol type in a certain area, removing that symbol type in that zone and in the same row and reel. 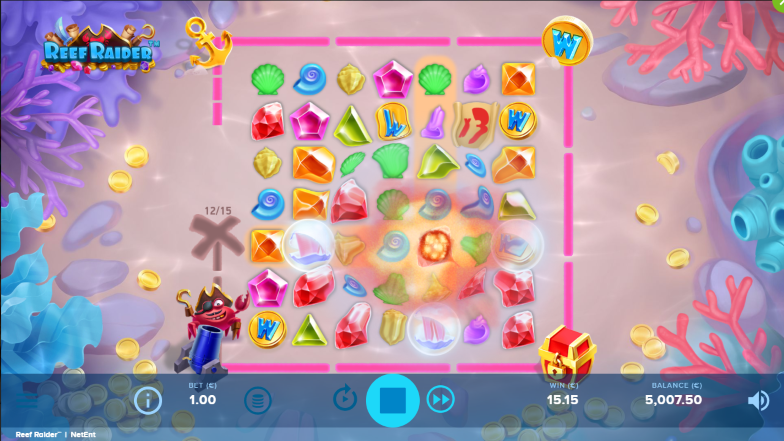 If you do a good enough job collecting all the clusters, then the final Reef Raider prize is the Free Spins feature. The base spin amount is 9, but every 3 clusters that go over 15 awards extra 2 Free Spins. During Free Spins it’s a bit different, as 15 consecutive clusters award 1 additional spin, with the same reward for every 3 clusters going over 15. Now that all the spin numbers are confirmed, let’s get into the Reef Raider Free Spins gameplay. A new Mystery Overlay is activated, which means that 5 Mystery symbols appear on the reels. One of them is located in the middle while the other four take horizontal and vertical position adjacent to the centre. These symbols are then revealed, forming a winning cluster. The form of the cluster stays the same during the whole Free Spins feature. On every next spin, an additional Mystery symbol can appear, which can be added to the initial cluster, forming a larger cluster that stays in place until the end of the Free Spins. These Reef Raider Free Spins may sound a bit complicated at first, but you will quickly get a hang of them once you get a first-hand experience. 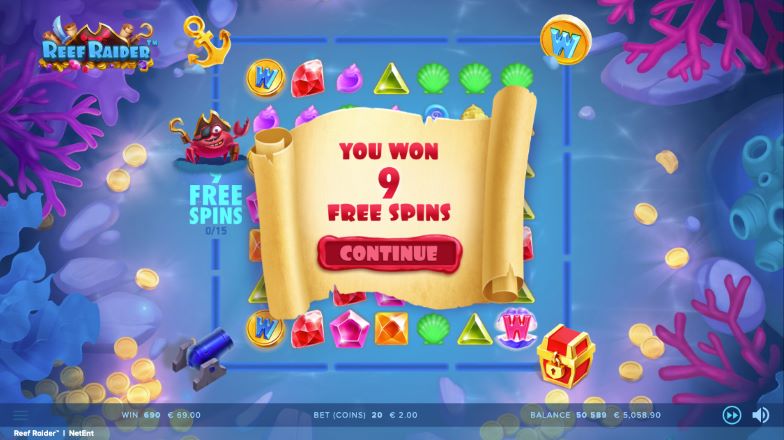 Is life under the sea much better than the one above? Depends on what you’re looking for. Reef Raider brings in a positive and colourful presentation. Visually it’s a simple slot, definitely not the flashiest game from NetEnt, but its simplicity and the fun gameplay is what brings the players in. We did enjoy our experience with Reef Raider. It’s a fun slot, especially with all the special symbols and modifiers. Reef Raider is not a highly volatile slot, but it can still surprise with some massive wins, for example, the with a max win of 8,500x. We know what NetEnt are capable of, so Reef Raider didn’t surprise us, but we can safely say, that our high expectations have been met. It’s an easy-going slot which the majority of players will surely enjoy.

Explore the story of the Guadalajara Cartel and become the next Narcos leader. The stakes are high and the winner takes it all.