Prometheus is the Ancient Greek god of fire, but his role has been much bigger than just that. The ancient tales go, that Prometheus stole the fire from other gods and gave it to humans, thus providing them with knowledge and technology, which aided to form a more organized humanity. Of course, the gods weren’t that pleased with his disobedience, but it is what it is. Some versions of the story go, that he also created the first human, so Prometheus was quite a big deal back in the day, you could say.

Today we are meeting the god, in the Prometheus Titan of Fire slot and who else to produce this possibly wonderful slot than the Swedish provider Fantasma Games. There is an abundance of Ancient Greek slots, but most providers don’t really care too much about that, because you know what they say, you can never have too much of the good or something like that. You are given this exclusive chance to discover this beautiful and ancient world, so come along and see what this journey provides. Besides the original myths, there is no massive plot for this casino game. It does start off with a lot of energy though, as there’s action-packed music right from the get-go. Perhaps even a little too energetic, considering the theme. Fantasma Games have this unique, cartoony visual style, which they have also used on the Prometheus Titan of Fire slot. The location is also interesting, as we seem to be in a massive cave, which is packed with golden treasures and an acropolis-style building. The game looks alright, although it seems a bit random, it lacks a good backstory, but, considering that it’s a slot, then this is a minor inconvenience. 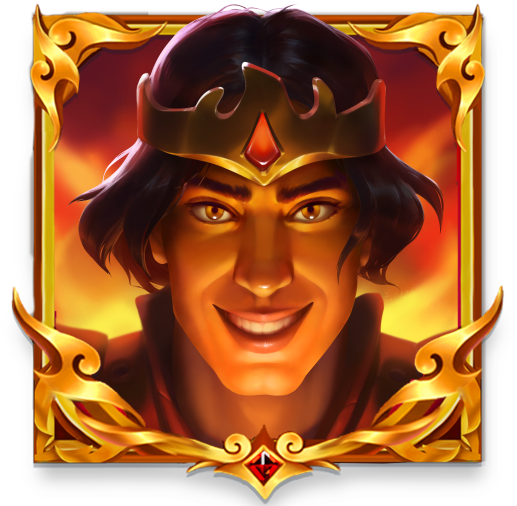 Staying on the topic of visuals, the low symbols do not make us smile. They are very basic gems, so there is nothing positive or negative about them. The high symbols are a bit more compelling, they portray some mythological creatures, such as Minotaur, Medusa and Prometheus himself. Prometheus Titan of Fire has an interesting game layout. It has 5 reels and the rows are in a 3-4-4-4-3 style formation. Fantasma Games often have had the urge to differ in this aspect, simple 5x3 layout is just not in their style it seems.

Everything has been fairly good up until this point. When it comes to Prometheus Titan of Fire payouts, Fantasma Games are failing to deliver the proper excitement. The max win on this slot is just slightly over 1,300x. For a slot that’s released in 2022, it’s quite surprising, especially considering the potential that other Fantasma Games slots can bring. The gameplay can surely be fun, but keep your jackpot expectations realistic. Partly to blame for the potential is the medium volatility, so on the bright side, this slot isn’t so intense with the number of empty spins. The RTP is 95.70%, so nothing spectacular here either, but it’s not the worst.

In Prometheus Titan of Fire special coin symbols may land on the middle reels and these symbols hold a value ranging from 1x to 30x. If a Fire Collect symbol drops on the first or fifth reel, then these values are collected. If both Fire Collect symbols drop, then the Double Collect feature is triggered, awarding 3 respins on the middle reels, where only these special coin symbols may drop. 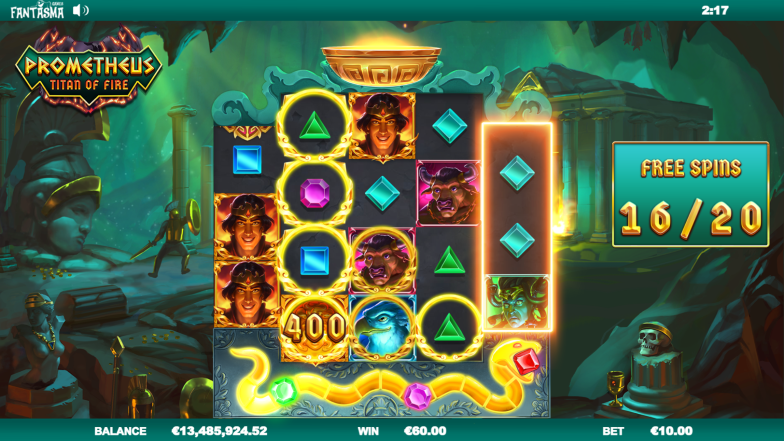 Conclusion or confusion, because we’re not too sure about the direction that Fantasma Games are steering in. On the surface, Prometheus Titan of Fire looks pretty good, but once you start to dissect it, the flaws begin to show. Mediocre payouts, uninspiring visuals – it's not a perfect execution, but it’s not all bad either. This casino game can be pretty enjoyable when you manage to string together a couple of wins, but there is quite a bit that Fantasma could change going forward with their next releases.

Yes, this game is optimized for mobile use.

What is the minimum bet on Prometheus Titan of Fire?

How to trigger the Free Spins bonus?

This bonus is triggered by landing 3 or more bonus symbols.

For some, he was revolutionary, for others a heretic, the infamous life of pharaoh Akhenaten presented by Nolimit City.