The Viking gods are awaiting your arrival. With great anticipation, they are inviting you to Valhalla, the realm of the gods and heroes. Here you will meet Odin and Thor, while also coming across Freya and Heimdall. Nordic culture is a top choice for video slots so with that in mind, Wazdan have created their Power of Gods: Valhalla™ slot. Wazdan themselves are priding this as one of their best productions. That’s a bold statement, but we love the confidence. If you’re courageous and your body yearns for adventure then Power of Gods: Valhalla™ is here to satisfy those needs.

Valhalla is another slot in Wazdan’s renowned Power of Gods series. Including Valhalla, there are 5 Power of Gods slots. They have already explored the deities of Ancient Egypt and Ancient Greece so now we are moving further up the north, to the icy lands of Vikings. Like all Power of Gods slots before it, Valhalla is quite intense. These slots take into consideration the actual culture, so you may see a lot of cultural elements, and the soundtrack is also quite fitting. Of course, it’s not the most authentic presentation if we consider the horned helmets, but it’s a nice-looking game. 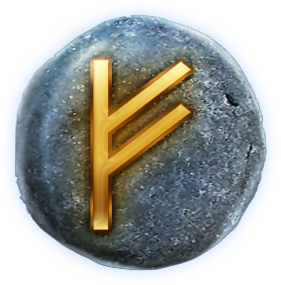 Power of Gods: Valhalla™ is a 4 by 4 slot, but it uses 16 individual reels, so wins are not lined up, instead they are gained by accumulating a certain number of matching symbols. To start off any win, you will need to land at least 8 matching symbols. It doesn’t matter where they are located on the layout, as long as you got the right amount. For basic combinations, the payouts are rather low though, so you’ll mostly be relying on bonus features. Four of the low symbols are Norse runes and four high symbols are the mentioned gods.

There is a single bonus feature on Power of Gods: Valhalla™ which is the Hold the Jackpot Bonus Game. It is triggered by drawing at least 6 bonus symbols. If you draw 3, 4 or 5 then they stick to reels for another spin, essentially providing you with another chance to score the bonus. During the bonus play, all bonus symbols are sticky. You will be given 3 respins, which reset each time a new bonus symbol lands. Hold the Jackpot Bonus ends when the layout is full of symbols or if you run out of spins. Regular money/bonus symbols award cash prizes, but there are also Mini, Minor and Major jackpot symbols which reward players a win of 20x, 50x and 150x. The grand jackpot of 1000x is acquired once you completely fill out the layout. 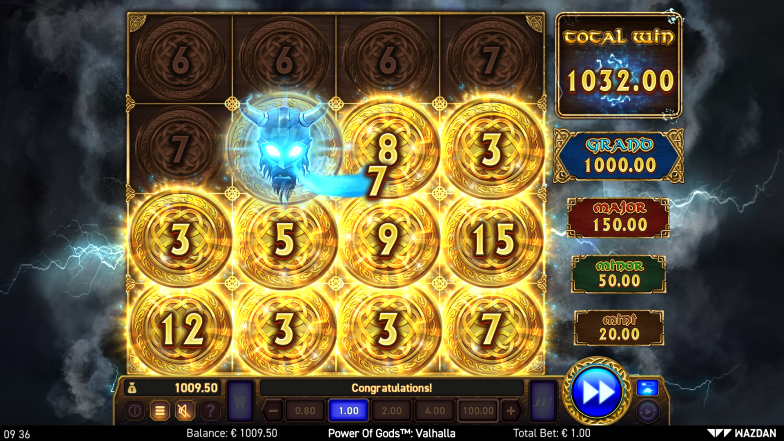 Hold the Jackpot bonus can be good fun, but it feels a bit overused by now and the potential is not that grand either. Nonetheless, we are interested to see where the Power of Gods series will go further, destination and feature wise. If you want, you can have a crack at Power of Gods: Valhalla™, by playing the free demo player which you will find on this page. After testing it out for free, you may decide if you wish to proceed with real stakes.

What is the max win on Power of Gods: Valhalla™?

Yes, Power of Gods: Valhalla™ is optimized for mobile use.

What is the minimum bet on this slot?

Highly popular Sticky Bandits slot series is back. This time the action is much more volatile as we go on a revenge story