Take a little walk to the edge of town, go across the tracks. Sounds familiar? Well then, you’ve surely seen the intro for Peaky Blinders a couple of times. That is right, Pragmatic Play have prepared a follow up to their original Peaky Blinders and now we’re getting Peaky Blinders 2. Like the name of the game, these slots are based on the British mega-hit TV series, which portrays a story of a criminal gang and their illegal activities across Birmingham in the 1920s. If you haven’t yet seen the show, then you might not understand the hype that is following these two slots. For the second time in the row, we’re about to have a tango with Tommy Shelby, Arthur and other beloved characters.

The gang of Peaky Blinders is back in full force and they’re looking to take over things and establish their dominance. After roughly two years of separation, we’re now seeing a sequel to a slot that left some players feeling slightly unfulfilled. Yes, the original Peaky Blinders slot was a huge announcement, but it didn’t really meet the high expectations that were set for it. It was a nice slot, but no doubt players were expecting something grander. It will now be interesting to see, how will Pragmatic Play approach Peaky Blinders 2. Will they once more play it safe, or will we see some more revolutionary ideas from them? So by the order of the Peaky (heckin) Blinders, let’s get straight to it.

During Peaky Blinders 2 base game, the action takes place in the dreary streets of Birmingham. Back in those days, Birmingham wasn’t known as the poshest place. It was very industrial which you can see during the episodes and also here in the background of the game. Once again, Pragmatic Play have decided to favour the classic 5 by 3 layout, perhaps fearing overdoing themselves. This layout size always is a safe bet, but Tommy is a gambling man, so we think he wouldn’t be so textbook. The game has a very similar look compared to the original. The most noticeable difference is the change of background scenery during the bonus play, but otherwise, both games share a strong resemblance. 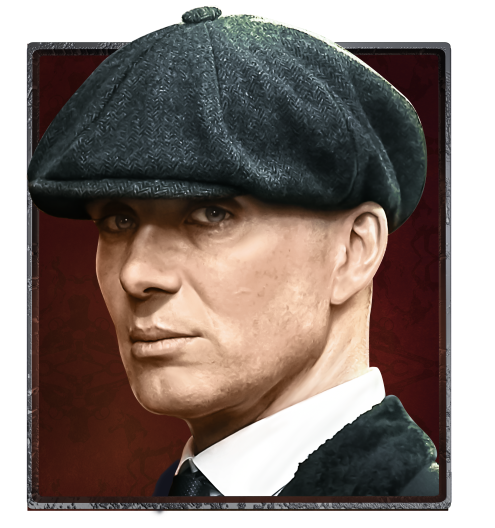 Unsurprisingly, there is also barely any change to game symbols. You may take this as good news because the original symbols weren’t bad. We’re once again meeting Thomas, Arthur, Polly and Michael and you guessed it, low symbols are royals, such as 10, J, Q, K and A. It’s a classic style, which fits this classic period, but Pragmatic Play once again are playing it extremely safe. Was this the way to go? The number of paylines for Peaky Blinders 2 have gone down by 10 though.

Surely then, Pragmatic Play have done something different with payouts, right? Well, this is true, and the new payouts are looking quite good too. Pragmatic have increased the volatility for Peaky Blinders 2 and the max win has also seen an impressive overhaul. Instead of limiting itself to 2,000x win, Peaky Blinders 2 can reward players with a win up to 21,600x! Even more so, the RTP is also a bit friendlier, offering 96.52%. Due to high volatility, it’s harder to trigger big wins, but the potential is also now bigger. Peaky Blinders 2 bet range is 0.10 – 100, so nothing more to add here. You will be able to play Peaky Blinders 2 on all smart devices, so it works perfectly if you’re, for example, a mobile gamer.

Peaky Blinders 2 brings in a special multi-level bonus game that can secure you a full screen of Wilds. It’s all business now, as we’re taken to the offices of Shelby Limited. This is where players can make the most money, so keep an eye out for those scatters, as they grant access to this bonus game. Keep in mind, that during the time this review is published, the information and specifics of the bonus game may be changed, but surely, not drastically. 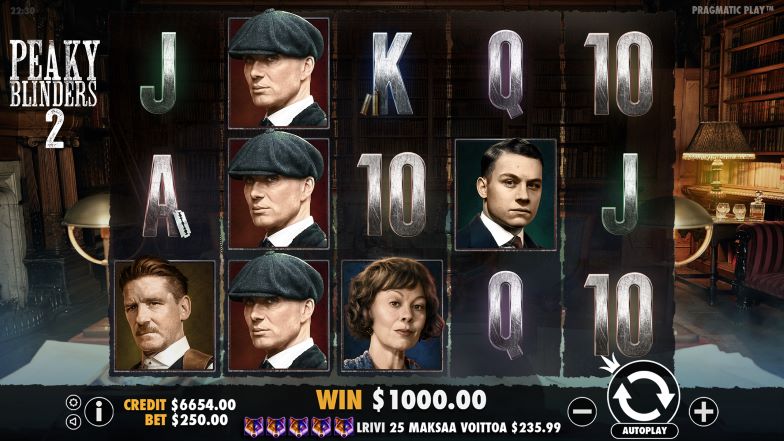 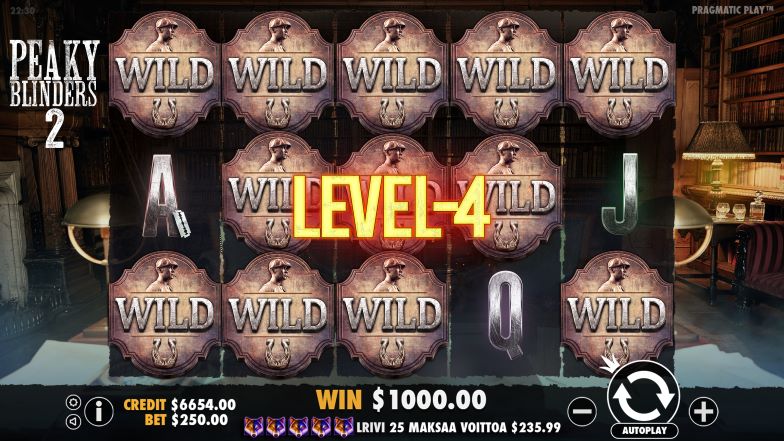 It seems like Pragmatic still wanted to play it safe, although we can see some clear improvements. Peaky Blinders 2 pretty much just takes the original game and improves its shortcomings. Bigger, more ambitious payouts and more volatile gameplay suit the Peaky Blinder style more, at least in our opinion. Perhaps now, those who were disappointed with the original title will have something to smile about. Peaky Blinders 2 - a proper follow up to a proper show.

What is the max win on the Peaky Blinders 2 slot?

Can I try Peaky Blinders 2 slot for free?

Yes, you can play Peaky Blinders 2 for free, once the demo version is published.

Can I play Peaky Blinders 2 on my mobile device?

Yes, you can play Peaky Blinders 2 on any mobile smart device.