Yggdrasil are here to remind you that Mexico has an ancient and powerful history. We’re, of course, talking about the times of the Aztecs. Many slots have explored the old temples, many of these slots have been impressive, but now this new MexoMax! slot is coming in, and it’s looking to take all the glory! Step into the shoes of a brave adventurer and go deep into the jungle in the search of Mayan treasure. MexoMax! is a stunning cluster pay slot, which uses some of the best Yggdrasil game mechanisms. Even though this is such a popular motive, this is the first time when Yggdrasil are properly exploring the Aztec idea. MexoMax! also comes as the second slot that uses the DoubleMax feature. Classic theme with an exciting game model, we’re quite eager to see where will MexoMax! take us. MexoMax! is a cluster slot, so it has that iconic blocky look. The main reason for it is that symbols, literally drop in as stacks of blocks. A cluster combination of symbols will trigger a win and those symbols will then be removed, creating space for new ones to drop from above. Cluster slots definitely have become popular in the modern video slot meta. They provide a fresh idea that’s much different compared to classic paylines which are almost exclusive in land-based casinos. But, of course, we’re going with the times, so we too enjoy games like MexoMax! 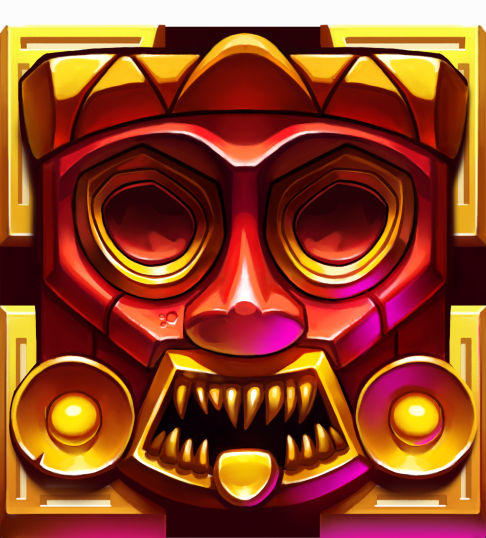 MexoMax! is a great-looking slot which takes us deep into the jungles. Players can really experience that wild South American nature, full of animals and plants. These deep Mayan jungles are a bit treacherous so beware of large snakes and Aztec traps. Yggdrasil have added an intense soundtrack to boost your adventurer spirits. The symbols depict various Aztec totems and statues. It’s easy to recognize how symbols are valued because higher-value symbols have bolder colours and a neat golden rim. Inspired by the Aztec sacrifices, the Wild symbol is a literal heart, which Is held in a hand. We weren’t kidding when we said that this slot can be a bit intense.

MexoMax! is an extremely volatile slot and although a max win is yet shrouded in mystery, it’s clear that a good payout potential will be there. New Yggdrasil slots do not disappoint with wins, so players will surely have a lot of fun with MexoMax! slot. MexoMax! will feature a nice RTP that floats around that desired 96% mark. The previous DoubleMax slot was capable of producing a win of 1,000,000 EUR, so we’re sure that MexoMax! won’t shy away too. The main goal of getting good wins is lining up multiple winning clusters one by one. In theory, there are infinite paylines, because no cluster combination limit exists.

MexoMax! is generous with multipliers, because up to six multipliers can be applied to every win you score on MexoMax! slot. These multipliers can then combine with each other, leading up to total multipliers in thousands! To that then add Wilds which appear after every win and you can have yourself some absolutely mega wins. That’s not all though, MexoMax! also has a Free Spins feature. It has an increasing multiplier, gamble feature, golden bet and two buy bonus options. The final build is still in progress as Yggdrasil are looking for different ways how to make this crazy slot even crazier. 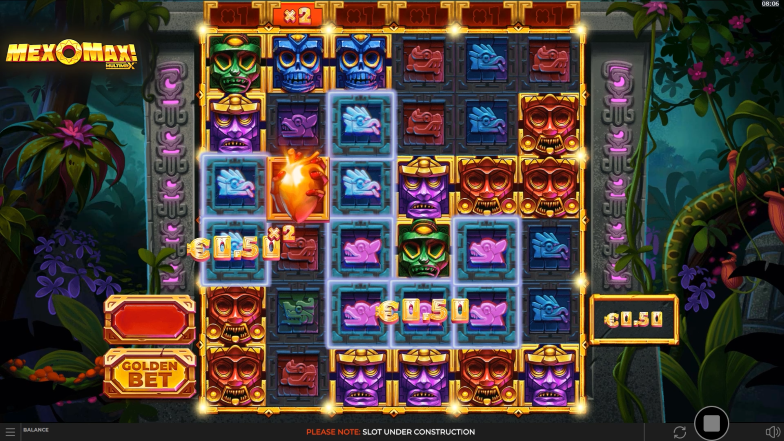 There isn’t exactly a shortage of Aztec casino games, but we always welcome new titles if they are promising and exciting. MexoMax! is a true jungle beauty, fully embracing South American nature and the ancient Aztec culture. No surprise, that Yggdrasil have managed to make this slot visually appealing, as their latest casino games do look better and better with each release. MexoMax! is a nice flowing game with great animations and gameplay. The features are rather simple but effective, so anyone can pick this game up and have some fun straight away. The wins are promising, so besides providing entertainment this slot is absolutely capable of providing staggering wins. We can’t wait for the official release to see how MexoMax! competes in the open market.

How volatile is MexoMax! slot?

What is the minimum bet on MexoMax! slot?

When is MexoMax! slot available in online casinos?

The official publishing date for MexoMax! is the 28th of July 2022.

Those with a sweet tooth are in for a massive treat. Sugar Rush is the sugary goodness that all of us need to try