It’s been a minute since we’ve last had a proper Viking slot. iGaming is very popular in Scandinavia, so it makes sense that the Vikings theme is also widely used in the industry. Some of the greatest historical plunderers come from Norway, especially from Bergen, which was one of the biggest settlements in the old Norse world. Our hero Jorgen isn’t perhaps as bloodthirsty and brutal as some of his fellow warriors, but his big heart more than makes up for it. Jorgen from Bergen is going to show us how it's done.

We’ve been keeping a keen eye on Swintt. They have made solid progress in their slot development, so every new release is a big step in the right direction, most of the times at least. Jorgen from Bergen is a particularly interesting release because it comes with some curious bonus features. We are interested to see how will they play out. Jorgen from Bergen is the second Viking themed slot from Swintt, coming after Vikings of Valhalla. Both slots also portray Vikings in a light-hearted style, which could be the direction that Swintt go in the future too.

Jorgen from Bergen is a 3x3 slot with an additional bonus reel. 3 Reel slots are somewhat a thing of the past, but from time to time providers still release a couple of them, even though the interest is declining. We believe it’s all about how you present it and Jorgen from Bergen manages to do it well. The cartoony visuals are especially popular due to their longevity. The presentation is a good mix of serious and playful because the slot is cheerful, but it also has some true Norse elements to it. We have to say, we are positively surprised. 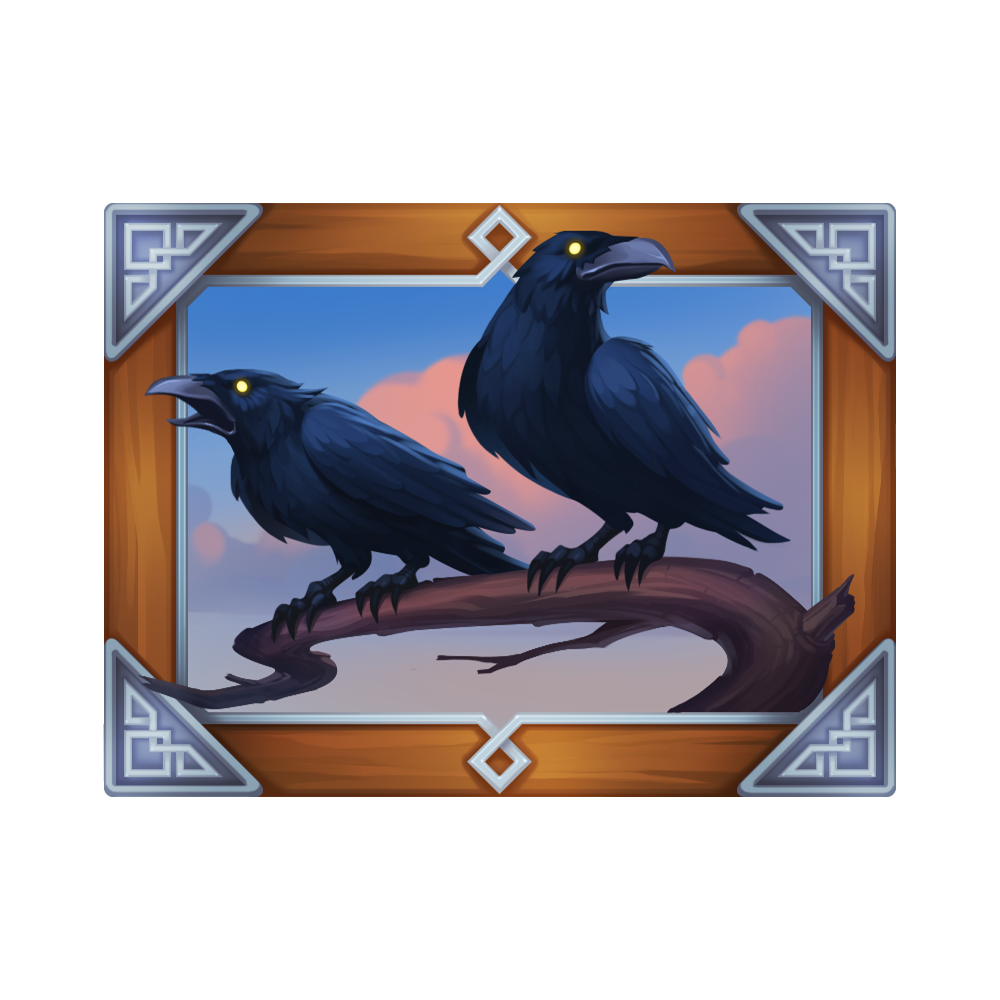 Jorgen from Bergen slot comes with 7 regular symbols. Beginning with the lowest value we got an axe, helmet, drinking horn, sword, wolves, ravens and the god Odin. Symbols are nicely made too. Due to the small layout, Jorgen from Bergen only has 5 paylines, so you need to combine 3 symbols on the 3 horizontal lines or 3 symbols across the reels. The wild symbol is our hero Jorgen himself. He might be short but his mighty beard solidifies his places in the Viking ranks.

What makes this 3 by 3 slot so special is the extra reel on the right side. This reel contains a Win Multiplier. A random multiplier, starting from 1x going up to 15x is applied on every single spin. Of course, it’s important to get an actual combination going for yourself, otherwise, the multiplier has no purpose. So matching the 3 highest symbols with a 15x could leave you with a nice present. 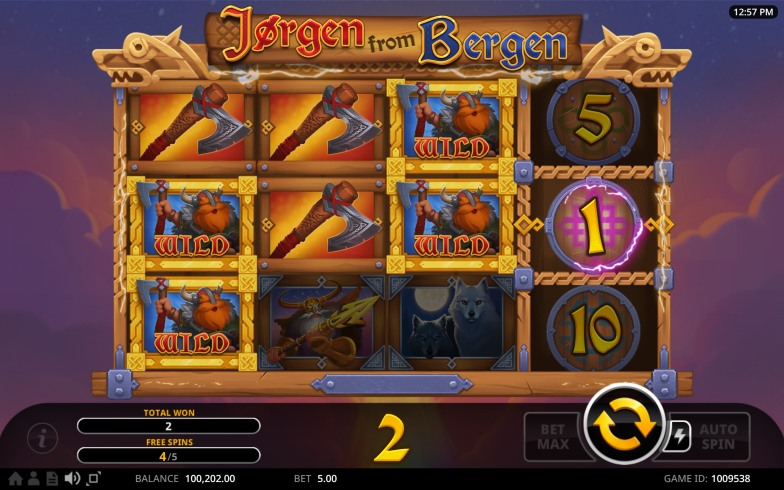 Jorgen from Bergen Free Game feature is very interesting too. Like most of the times, the bonus is triggered by 3 bonus symbols, but your starting Free Spin amount is not the same each session. The counter on the left side will let you know how many scatters you have collected during the base game. Each scatters corresponds to 1 Free Spin. The more scatters you collect before Free Spins, the better are you Free Spins chances.

We will be honest, when we saw that Jorgen from Bergen is a 3 by 3 slot, we weren’t too excited. But after seeing the presentation and bonus features we were pleasantly surprised. The extra multiplier reel keeps every spin exciting because you never know when the luck is going to strike. Even more so, the scatter collecting feature makes every scatter important, so it’s not just all about getting 3 of them at once. Good-looking presentation and engaging bonus features make Jorgen from Bergen a very appealing slot from Swintt.

We’re on the road again, searching for treasures and good times. This time we decided to go down the ole Freeway 7