The gates of Valhalla have opened. This means that war is coming and those brave souls who fall in a battle are granted a place by the big feast table. The gods are overlooking this from the mountains of Durmir. Sons and daughters of Odin, it is time to fight for glory and gold, enter the Hammer of Gods slot. This Viking themed game come from the studios of Peter & Sons. This provider has rapidly progressed and thousands of new players are beginning to discover their games. Hammer of Gods is one of the most ambitious games for Peter & Sons to this date, so we are beyond excited to get straight into this one.

With that little intro, you may think that Hammer of Gods is quite aggressive and tough, but the game actually has a really relaxing vibe to it. It fills you with a sense of adventure and magic even, but not war or fighting or anything along those lines. It almost seems like providers either do Viking slots aggressively or lightheartedly, there is no in-between. Hammer of Gods certainly has that iconic Peter & Sons quirky look, so we definitely enjoyed the overall game presentation. 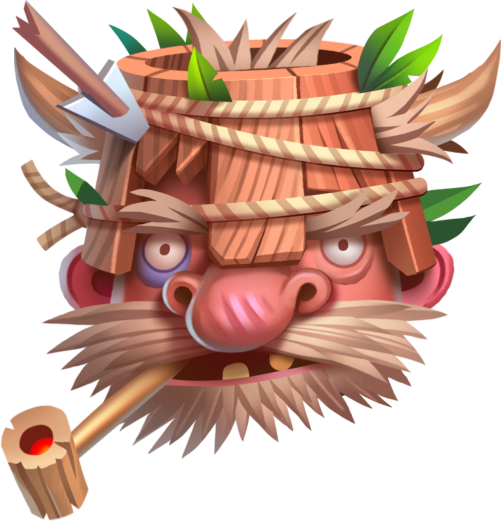 Hammer of Gods 6 by 3 game layout is situated on a Viking longboat. The symbols float in the air, while the reels are separated by ropes coming down from the mast. We also like how after a win, the screen gets darker and only winning symbols are highlighted, so you can clearly and easily see, which specific symbols were involved in a winning combination. Hammer of Gods has a slightly odd number of paylines, as we often don’t see 729 of them.

Certainly, if you wish to maximize the potential of this game, you will need to get your hands on some Free Spins, but before that, there are some other features that will keep you busy. For example, Way Multipliers are small icons that are attached to some game symbols. These icons may show a multiplier ranging from 2x to 4x. All instances of the symbol are then multiplied by the shown value.

Additionally, to regular Wilds, Hammer of Gods also features special Golden Wilds. These special symbols are added to the collection meter and once you get 3 of them, a respin is triggered with all 3 collected wilds present.

Finally though, by collecting 3 or more scatters at once, players will trigger the Hammer of Gods Free Spins bonus. During 15 awarded Free Spins, all Way Multiplier symbols will always be split into 4 ways. Furthermore, a Wild symbol is guaranteed to land on each Free Spin. If you run out of Free Spins, but your Wild meter is still unfinished, then Free Spins will continue indefinitely until you collect those 3 Wilds. 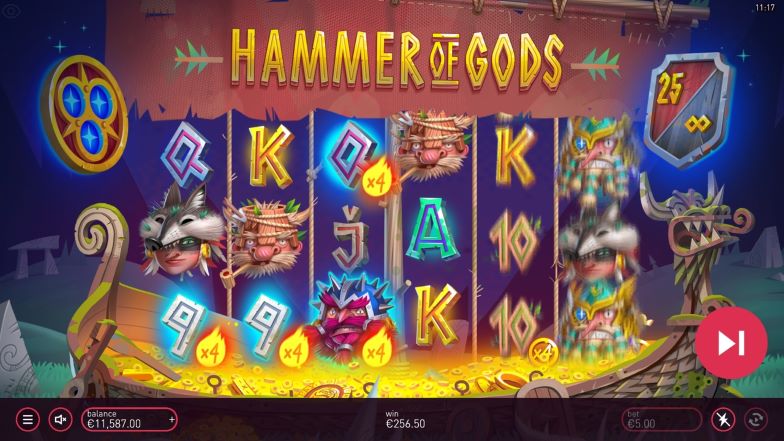 Hammer of Gods comes with that iconic Peter & Sons look, but we have to say, that we didn’t expect it to be so potent. It almost seems hard to believe that this slot is capable of a 51,000x max win. The main bonus features of Hammer of Gods take some inspiration from Nolimit City and their xWays mechanism, or so it seems. It maybe doesn’t work as well, but Hammer of Gods sure as heck is fun.

How volatile is the Hammer of Gods slot?

Hammer of Gods is a high volatility slot.

What is the max win on Hammer of Gods?

Can I play Hammer of Gods for free?

Yes, if you wish to try out this slot for free, use the demo player, which is found on this page.