The mighty ancient city of Troy – is a place of wonder, which is still widely talked about to this day. Surely, most of you have heard about the popular movie called Troy. The history of this place is often depicted through myths and folklore tales, but it’s certain, that the word Troy brings a sense of honour. Red Tiger are paying their respects to the ancient Greek city in their latest Gods of Troy slot.  In Greek literature,  this mythical city was favoured by gods as gods themselves interacted with people living in this region. A majestic and rich place, that’s why Red Tiger are letting us visit it, providing us with a little taste of luxury. Gods of Troy is a somewhat classic Red Tiger slot and soon you’ll understand why. Let us saddle our chariot and ride towards the Gods of Troy.

When it comes to natural beauty, it’s hard to beat the coasts of the Aegean sea. Ancient Greeks lived on earth that looked like paradise and you can see a snip of that on Gods of Troy. A beautiful coastline, hills and trees. Sure, Gods of Troy isn’t graphically advanced but it looks nice enough. It also has that classic Red Tiger feel, which is hard to explain for newcomers, but if you’ve played Red Tiger slots before, then you’ll know what we’re talking about. Of course, most notably, we see the game layout which is situated under strong marble pillars and golden decorations. It truly is a presentation worthy of Greek gods.

Gods of Troy slot consists of 5 reels and 4 rows, making it a bit bigger than the usual/default layout.  Low symbols are not that creative as these consist of colourful royals, but high symbols do depict some objects that you might associate with this period of time. For example, these symbols are a horn, a jug of gold, a chariot and a spartan-style helmet. There are also special symbols like Wilds in Gods of Troy. This casino slot brings players 30 paylines to work with. We are pleased with the visual style of these symbols although they aren’t anything overly impressive.

Trojan war is another topic that comes to mind, and that was one bloody scrap, so surely some of that intensity rubs off on Gods of Troy, right? Yes, to some extent, as Gods of Troy is highly volatile and capable of providing some stellar wins, even up to 6,157x. Somewhat of a problem is the sub-par RTP and the low hit rate, sometimes proving to be challenging. You will be able to play Gods of Troy on any device, but the default bet range is quite limiting, as the lowest bet is 0.10 and the highest is 10.

The main game on Gods of Troy is played in batches of 10 spins. By that, we mean that there’s a counter tracking your spins and on the 10th spin, all Golden Wreaths, which have been left behind by Golden Shields symbols are turned into Wilds, providing you with a spin, with a lot of possible Wild symbols.

While making your usual spins, you may also drop 3 or more scatters which will trigger the Troy Spins bonus. The beginning of this bonus starts with a bonus wheel, which determines your starting Free Spin and Wild symbol amount. The more scatters you land the bigger can be the output. The best Troy Spins starting amount is 50 Free Spins with 15 Wilds. These wilds can then switch positions or just stay put between the spins. 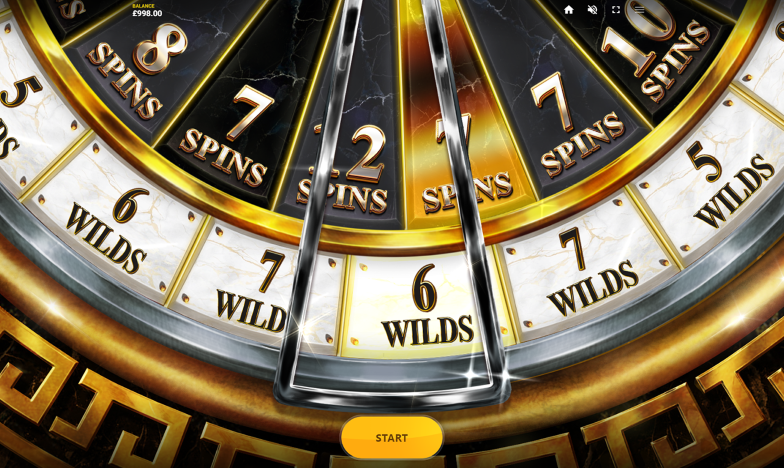 From a visual standpoint, it does feel like another classic Red Tiger slot. Nice, solid visuals, that use a pretty common Ancient Greek theme, so the game feels familiar, but in a good way. The main bonus feature on Gods of Troy has been used before on some other slots, so we’re not getting anything new here, but it works well. Gods of Troy feels like one of those fill-in slots for Red Tiger. You know, when you’re scheduled to release something but you don’t necessarily have any new bright ideas, so you just go with something basic. We believe some players will enjoy the 10-cycle style gameplay, we think it provides a nice sense of reward. Overall, Gods of Troy is a decent slot, nothing overly special.

Can I play the Gods of Troy slot for free?

Yes, you may play Gods of Troy for free, once the official demo player is available.

What is the max win on Gods of Troy?

When is Gods of Troy available in online casinos?

Gods of Troy slot is officially published on the 18th of August 2022.