Fairy tales and slots have gone hand in hand for a while now. In a way, it makes sense, as tales are all about a happy ending and a good underdog story, for the majority of the time at least. The same can happen to a player, getting a huge bonus with just a small bet. Swintt have a very vibrant selection of games, starting from Egyptian adventures ending with a sci-fi inspired city drama. Now we are introduced to Five Princesses, a fairy tale themed slot, that seeks its inspiration from many popular princess stories.

As you could imagine, any slot that involves princesses is in general quite sweet and girlish. This divides the player base a bit because a lot of players are used to the adventurous Egyptian style action. But everyone has their own preferences, so we can easily see players choosing this easy-going atmosphere instead of the non-stop intensity. Five Princesses is a 5 reel and 4 row slot, so the game layout is a bit bigger than the most common slot setting. Princess setting is not just made for a small fraction of player base, a good example being Moon Princess from Play’n GO, which now can be considered as a very successful game.

Five Princesses definitely screams out a fairy tale. We have to admit the visual presentation for the game layout is quite well made. The background is a blurred out castle interior, while the reels themselves are situated under a red, fancy garment. Both sides also have some swords and diamonds. The music especially creates that fairy tale atmosphere, which some can find a bit too sweet and childish in a way. There are 1024 paylines on Five Princesses. 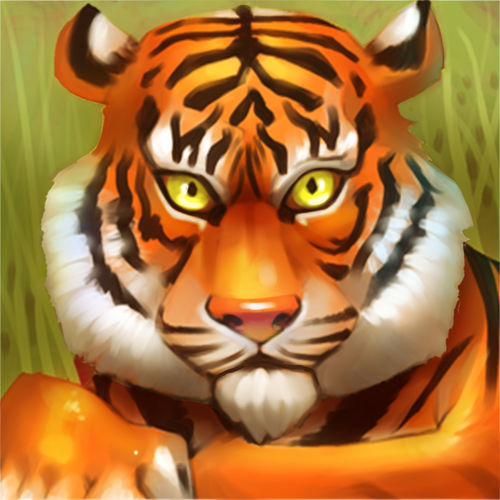 The Five Princesses symbols bring some mixed feelings. The low symbols of 9, 10, J, Q, K and A are neatly made, the gold combined with one of the royal colours is a good look for sure. From first sight, the high paying animal symbols are also quite nice, but some symbols, such as the tiger, just looks odd, something about those eyes. Besides the tiger, we got an elephant, polar bear, jaguar and panda bear. Each of these symbols represents one of the five princesses. Red ruby is the wild symbol.

The most surprising thing about the Five Princesses slot was the hit consistency. Plenty of times we managed to hit some good multipliers and we also managed to trigger the bonus game quite frequently. Judging from this, the volatility seems to be somewhere in that medium range. The theoretical RTP of 95.49% is a bit low, but it doesn’t affect the gameplay poorly as expected. For Swintt the max payout always seems to be a couple of thousands strong, which leads us to believe, that Five Princesses is not that different. Five Princesses slot bet range is 0.50 – 100.

Five Princesses comes with one of the more interesting ways to trigger the bonus feature. To get things started, you will need at least 2, 3 or 4 scatters. The objective is to fill up the whole screen with scatters, so players will be given 3 Respins, for a chance to land the additionally needed scatters. This is the Princess Pile Up. 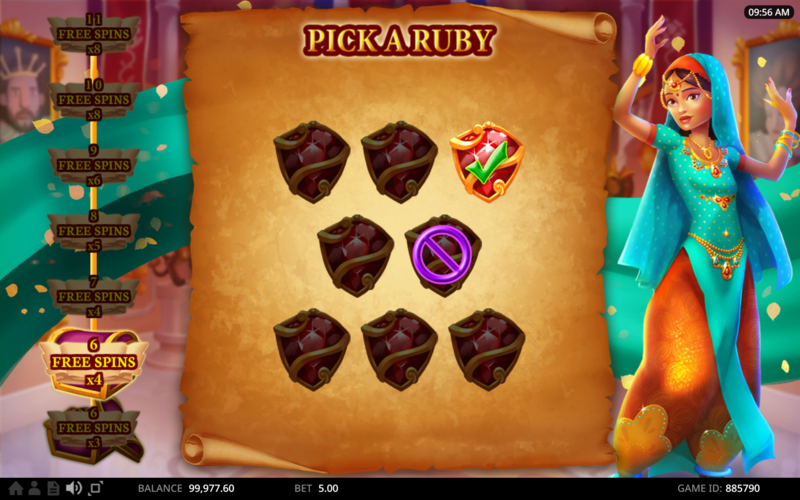 Before you begin your bonus game, you will have to choose from one of the five princesses. These are Freya, Zendaya, Prisha, Isabella and Mei. In this order, you are given less Free Spins, but a bigger multiplier, so for example, Princess Freya grants 7 Free Spins and a 15x multiplier while Princess Mei provides 15 Free Spins and a 5x multiplier. If all 5 reels are locked with scatters, then an additional Ruby Path Bonus will trigger before the bonus game begins. Players will be given a page with a bunch of rubies. Randomly pick out the ones that contain the green checkmark and improve your starting Free Spin and multiplier amount. 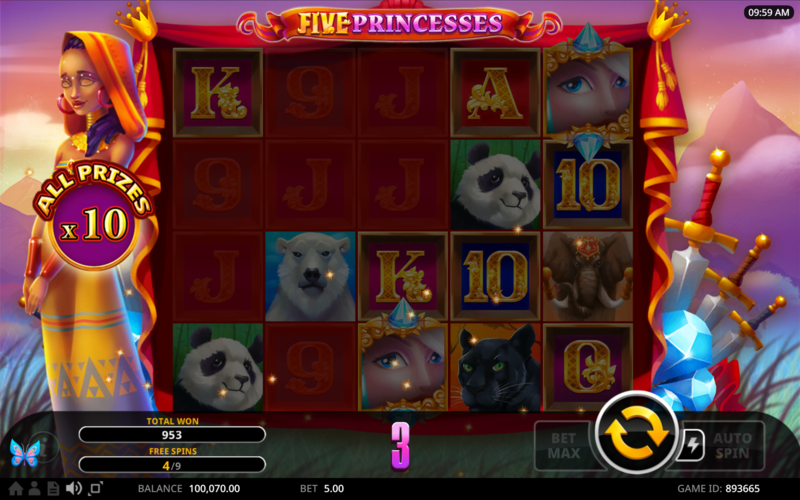 We like the variety that Swintt brings to the board. It’s good to have a solid mix of slots, that way you can reach out to a much wider audience. Once again, this is a matter of taste, because we found Five Princesses too childish, but for some, this could be the perfect setting, so this in any way cannot be considered as a con. But all in all, the bonus game is fun. Your choices feel much more personal, as each character changes the way the game looks and works. Five Princesses also enable players to match the game with their playstyle and more freedom rarely is a poor thing.

The greatest Aztec emperor welcomes you to his halls. His lands are rich and so can be you if fortune is on your side