Push Gaming have some iconic games in their portfolio. We recently saw the release of Jammin Jars 2, the sequel of the highly successful title. But from that period comes two more slots, which deserve to be called iconic. Fat Rabbit and Fat Santa took slot world by a storm and now we are about to experience a trilogy. Fat Drac is the next game in the “Fat” series. This time our main hero is Dracula, who surely thirsts for some blood, not ours hopefully. The hunger is no longer tolerable, so let’s dig in.

There are probably around hundred of different ways how Count Dracula has been portrayed. Push Gaming have gone with a very friendly and playful approach, which matches their previous “fat” games. As it is an October release, it’s also close to Halloween, so you can already get into the festive spirit. Our spooky and friendly neighbourhood Dracula has some new tricks up his sleeve, but how good they truly are? Fat Drac comes with some new elements, which makes the game deviate from the path set by two predecessors. Time to find out if that’s a good thing or not.

It’s very common for slots to take something supposedly scary and then turn it into something playful and just barely spooky. This sort of presentation is great for video slots because it’s more pleasant to play in a casual atmosphere, instead of feeling tense all the time. The Fat Drac presentation reminds us of Quickspin’s slot Ghost Glyph, which was lovely as well. To be honest, we haven’t really received a poor presentation from Push Gaming and Fat Drac is another example of designers excellence. On the right side, we can spot Dracula’s castle, while a piece of spooky music plays in the background. The animations are smooth and in general Fat Drac feels great to play. 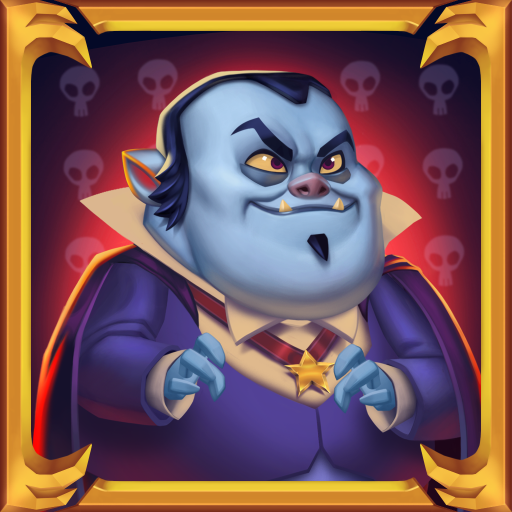 The designers have continued to express their imagination through the game symbols. Maybe not so much with the lows, as these are just card suites, but the high symbols are quite interesting. We can see some dentures, a piece of parchment, a fancy skeleton and an equally fancy gentleman. There is also a golden Wild symbol that substitutes for all other symbols except the specials. On Fat Drac, there are plenty of specials to consider, but more on those once we get to bonus features. Fat Drac operates on 20 paylines.

Push Gaming are pushing the limits once again. The “fat” series slots are known for their crazy payout opportunities. There are plenty of highlight examples on Youtube. Fat Drac doesn’t shy away from the competition, as this slot pushes absolute maximums when it comes to payouts. Max win on Fat Drac is 50,000x. The bet range is 0.10 – 100, so theoretically the max possible payout is 5,000,000. Quite a number. Of course, Fat Drac comes with a high volatility setting. The RTP of 96.57% is really good too. These payouts completely destroy the potential of the previous two “fat” slots.

Payouts are not the only thing that has drastically changed. Perhaps, drastically is too big of a word, but still, Fat Drac comes with plenty of changes to the bonus features. Possibly the most controversial change comes to the main “fat” symbol, which in this case is the Dracula. Instead of performing as a wild, the Fat Drac symbol reveals a random symbol or symbols if the Drac has become larger in size. Landing a Fat Drac symbol together with at least one Scatter Goblet will trigger the Free Games Feature. You begin with 5 free spins, which can be retriggered. The Fat Drac symbol stays on the reels for the entirety of the bonus feature. Just like before, the main character chases the special scatters, in this case, goblets, which then they consume. The collected goblets will be added to the meter. By filling the meter, you get additional free spins and the size of the Fat Drac increases.

On Fat Drac, that isn’t the only feature that Push Gaming can offer. On the left side, you can spot various bubbles. Fat Drac symbol can sometimes reveal a Bat symbol, which pops and collects the value of a random bubble. These bubbles can even contain payouts of 5,000x, 10,000x and 50,000x, so one small bubble pop can be life-changing. Sometimes, by a random chance, the Fat Bat feature can be triggered, which, instead of one bubble, collects all visible bubbles. 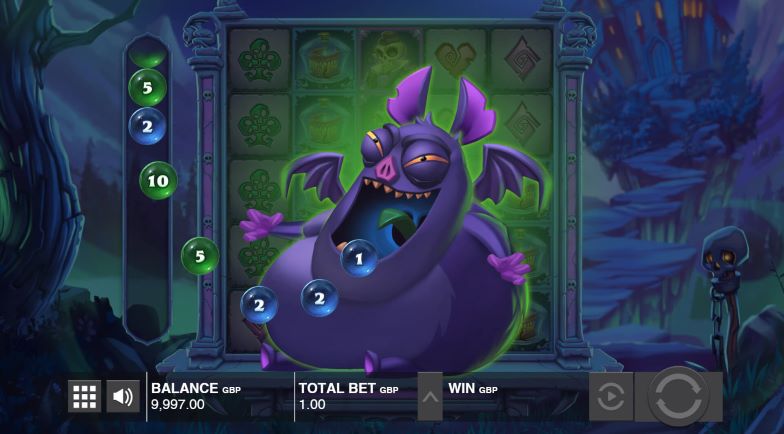 Last but not least, the Coffin symbol awards the Pick Feature. This symbol can land randomly during the base game and bonus game. The Bat Symbol will present you with 4 tiles. Players will have to pick one, which then reveals either 1-5 bats or the Goblet symbol.

The Fat series definitely helped to put Push Gaming on the map, so it’s great to see new slots being released. Apart from the visual changes, Fat Rabbit and Fat Santa are almost identical games. When it comes to Fat Drac, we see a lot more changes being made. It still feels like a “fat” game, but it comes with the added Bubbles feature and much MUCH larger payouts. All of that is great, but we can’t help to feel a bit disappointed that, instead of the Fat character being wild, it now serves as a revealing symbol. That’s what made the first two games so exciting. The idea of building up this huge wild symbol kept on attracting players. Of course, the Fat Drac symbol can still reveal the high-value symbols, which would result in some bonker wins, but we will still slightly miss the old ways. Overall, Fat Drac is a fantastic game and it’s surely worth a try.

What is Fat Drac max win?

Max win on Fat Drac slot can reach up to 50,000x, which makes this the highest paying “fat” slot so far.

Can I try the Fat Drac game for free?

Yes, you can play the Fat Drac slot for free, using the available demo version. Once you feel ready to play with real cash, visit the Online Casinos section on our webpage.

What are the Fat Drac bonus features?

Fat Drac comes with the iconic Free Games Feature, where you collect special symbols while increasing the size of your character. There is also a new Bubble feature, which provides additional wins along the way.