If you didn’t know any better, you would think that Playson is an American brand, considering their fondness to seek inspiration from the Native American setting. The Blue Mountains, peace, animals and nature – that’s what Playson are trying to portray in these games. Eagle Power: Hold and Win is next in the line, looking to further explore the indigenous lands. America is built on the idea of freedom and who is freer than the mighty eagle, who flies wherever it wants. The ruler of the sky kingdom, the symbol of liberty – Eagle Power coming right up.

Eagle Power is another slot in the Playson Power series. We already have had the chance to experience Wolf Power and Buffalo Power, so Eagle Power can be considered the third instalment in the series. Previous slots were both majestic and fun, so we believe that Eagle Power will be no different, but, of course, we need to back it up with solid facts, so that is exactly what we will do. Besides the continuous love for the fruit slots, Playson also love the Hold and Win mechanism, which they have implemented on plenty of their games. It’s a well-regarded mechanism and we have no problem seeing it once more on Eagle Power. Relax and enjoy the true wonders of nature.

These Power series games have truly been inspirational. You can’t help but feel one with nature, after listening to the wonderful soundtrack that comes with the Eagle Power slot. Eagle Power has that mix of western and native American style, which is a true joy to the ears. Visually the game is quite simple, but that usually is the case with most Playson slots, they are simple but well-made. The 5 reel set-up stands firmly inside the wooden framing. All three slots of the Power series are very similar, with only some minor audio and video differences. 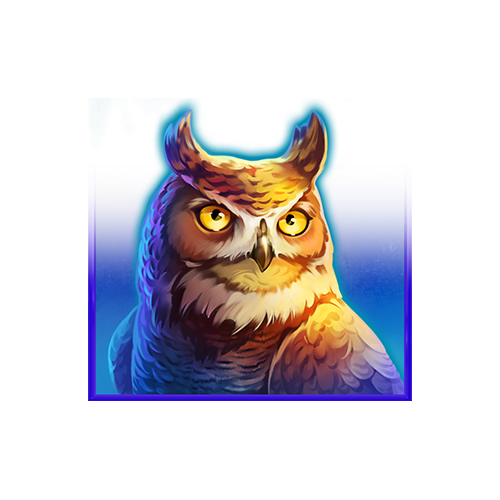 Another very similar thing is the game symbols. Actually, in this case, the symbols are pretty much identical between these 3 games, only the main hero changes, which now is the eagle. Players will come across 5 different animals, such as lynx, owl, ram and boar. The eagle is the Wild symbol of the game. Of course, can’t forget the low symbols, which are J, Q, K and A. Eagle Power is a 20 line slot, just like both of its predecessors. Regular symbols don’t provide the highest wins, so you will mostly have to rely on the Eagle Power bonus features.

It’s not just symbols that these games share, it’s also the payout stats. Eagle Power is a medium-high volatility slot, so we have a steady outflow of wins, just like on most Playson slots. The RTP is 95.04%. This could be better, but it’s the same return that we dealt with before and from our experience, we can say, that it wasn’t troublesome. For us, the Eagle Power slot ran very well and smoothly on all of our devices. Eagle Power comes with the standard Playson bet range of 0.20 – 100.

We always talk about Megaways or some other new “ways” that are constantly invented by different providers that we sometimes forget the simple, but ever so beautiful Hold and Win mechanism. Playson have numerous slots, that come equipped with this mechanism and no wonder because players simply love it. To get started, we will need a combination of 6 or more Bonus and Power symbols. This triggers the Bonus Game. Eagle Power Bonus Game begins with 3 spins, which reset every time you land a new Bonus or Power symbol. During Bonus Game, only these two symbols can drop. Bonus symbols contain different multipliers while Power symbols need to be collected to acquire one of the Jackpot payouts. These are the available Jackpots:

Bonus Game ends, when the layout is filled with symbols or when you run out of spins. If it’s completely filled, then an additional 2x total win multiplier is added. A Power Spin may randomly trigger if you run out of spins and you have collected less than 5 symbols on the reels. This basically is a second chance to boost up your total win. 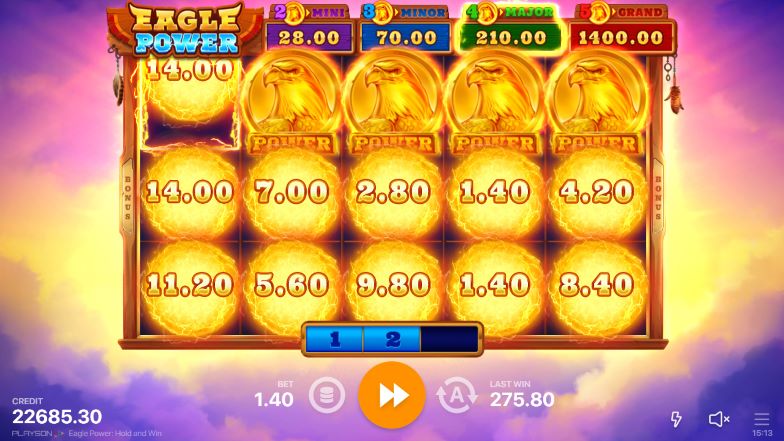 Bonus Game is the main selling point, but even without it, we also got some Free Spins, which are triggered by 3 or more scatters. The reward always is 8 Free Spins. During Free Spins, your main objective is to land some Striking Wilds. These Wild symbols are exclusive to the Free Spins feature. Each Striking Wild spreads 3 Wild symbols, which land on random positions. Wild symbol multipliers increase by one every time a Wild is spread onto an existing Wild position. The max multiplier for a single Wild symbol is 15x. 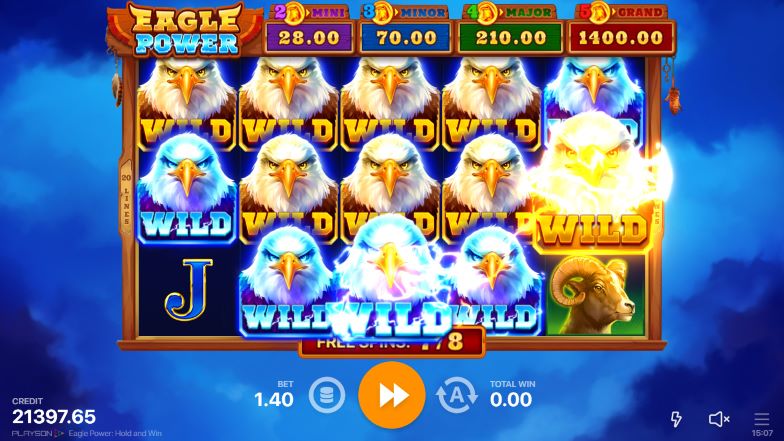 All three Power series slots have a lot in common, but still, Playson have managed to give each of them their identity. It’s hard to say which one is better and which one is worse, so for now, we will leave that up to you. The Hold and Win mechanism works equally well on all games, it’s the Free Spins that are a bit different. Instead of the Wild Nudge, we now get the Striking Wilds. This changes up the Free Spins experience, so the gameplay isn’t redundant between these titles. Other than that, the presentation on Eagle Power is fantastic, so overall it’s a well-rounded game.

Let's journey into the world of Pinocchio and see if he will manage to become a real boy. The second instalment in the Classic Tale Series.

Gemma once again returns in her quest for shiny things. Crystal Quest Arcane Tower is the second instalment in the series.