Here is a fantasy tale, that Play’n GO have carefully created. We are welcomed to the kingdom of Mithrune, which is a peaceful fantasy land until the day that the Dark Lord Duran decided to bring his dark magic upon it. But all is not lost, as heroes known as Champions of Mithrune are here to protect against the dark forces. They must open a portal which will lead them to the villain, defeating him once and for all. You have the prestigious chance to join our warriors in their quest for justice. Assemble the champions it’s time to battle.

Play’n GO rarely struggle with new ideas, so it’s not surprising to see such an in-depth game from them. Champions of Mithrune seeks its inspiration from various fantasy video games, where the gameplay is led by fun, unique and quirky heroes. If you’ve played RPGs or MMORPGs then the design of this slot will feel quite familiar. Of course, attractive visuals are one thing, but you also need to have a quality game model, which can dash out some good wins. Champions of Mithrune seems like a complete video slot package, but we’ll have a look to know for sure.

The action takes place somewhere in the kingdom of Mithrune. What we see is some rooftops of the local village, a massive wall, which pours through the water like a dam and floating stone-like objects. There is no doubt that this is a fantasy setting, which is further proven by the nice game soundtrack. As we said, if you’re a fan of the kind of video games, then surely Champions of Mithrune will make you feel right at home. It’s well executive and truly enjoyable to play. 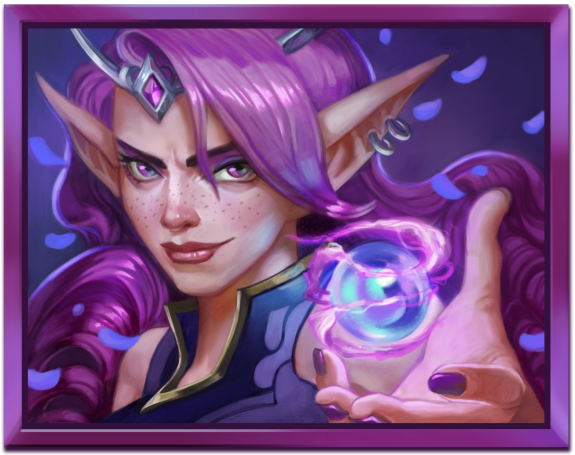 Champion of Mithrune is a slot with 5 reels and 5 rows. It utilizes 20 fixed paylines, so regarding the layout, there aren’t any innovative changes from Play’n GO. We think it’s about time we meet our Champions of Mithrune – Syn, Gorm, Silvana, Olc and Anastina. Each of these heroes have a distinctive look and personality which is reflected in the symbols and features that these characters bring. The characters also seem very interesting, they don’t seem plain or rushed. Speaking of other artwork, the low symbols are generic royals, but we’ll forgive that, as everything else looks rather nice.

These five champions aren’t here just to look pretty. Each hero is responsible for an individual game feature. These are the modifiers that these characters offer:

Olc the Goblin - transforms reels 2, 3 or 4 into full Wilds. Up to three reels at once can be transformed

Silvana the Ranger – adds 4 to 7 random Wilds to reels

The fun just begins as 3 scatters can trigger the Free Spins bonus feature. You will begin with a little Power Up mini-game. By collecting 3 Champion Tokens, you will trigger the corresponding hero’s ability. Multiple champions can be activated, creating some interesting gameplay scenarios. Power Up feature begins with 3 lives. A life is lost if no symbol lands and lives are replenished if a symbol lands. Once all lives are lost, the real Champions of Mithrune Free Spins feature begins, additionally, with any hero abilities u have collected. Extra potions can add win multipliers and scatters may add additional spins. 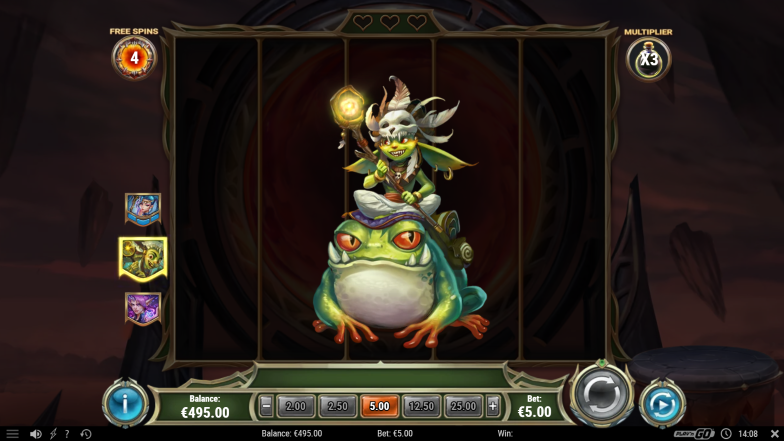 Plenty of providers have made their shot at creating a fantasy slot. The problem with most of them is that they provide a cliché backstory, some generic characters, a dash of magic and generally, just a bland delivery. Champions of Mithrune brings a plausible fantasy story which could easily be transformed into a video game. The gameplay on Champions of Mithrune is fun, and the idea, that each character has their own abilities is even more immersive. Champions of Mithrune isn’t the next big hit from Play’n GO either, but it definitely can be loads of fun.

Can I play the Champions of Mithrune slot for free?

Yes, you can play this slot for free, once the official demo is published.

What is the RTP on Champions of Mithrune?

Can I play Champions of Mithrune on my mobile device?

Yes, you may play Champions of Mithrune on any smart mobile device.