Megaways certainly is the most famous slot mechanism, which doesn’t require a broad introduction. Megaways slots are some of the most beloved games in the industry and we get new ones on regular basis. So many providers have jumped on this fad and many studios have managed to create some true masterpieces. Megaways was originally invented by Big Time Gaming, but Microgaming and its partners have been widely using this mechanism ever since. Triple Edge Studios have been more focused on Microgaming’s own HyperHold and HyperSpins features, but this is not their first encounter with Megaways either, as they published their Ancient Fortunes: Poseidon slot not too long ago.

Money makes the world go around, so no matter where you’re from, those green lovely dollar bills get your attention. Now imagine yourself standing in front of a huge glass bowl, filled to the brim with funds. Cash/Money themed slots is a rather safe choice for providers, as this universal setting is pretty much appealing to any slot player. Essentially, that’s what gambling is about, right? Cash ‘N Riches Megaways is bringing that lavishness right to your screen. Time to put those Megaways to action. Triple Edge Studios aren’t renowned for their graphical skills, but we have to say, that we expected something more out of this Cash ‘N Riches slot, at least visually speaking. It’s a very generic, disco style presentation with no real “wow factor”. Big Time Gaming themselves often like to produce basic looking slots, but the way they make just works out a lot better. Perhaps, Triple Edge Studios were trying to imitate that effect, but it seems it didn’t fully work out. Cash ‘N Riches comes with the most typical Megaways layout – 6 reels and 2-7 Rows. To keep your motivation high, on the left side we can see a large diamond bowl filled with cash. It almost seems like something out of Squid Game. 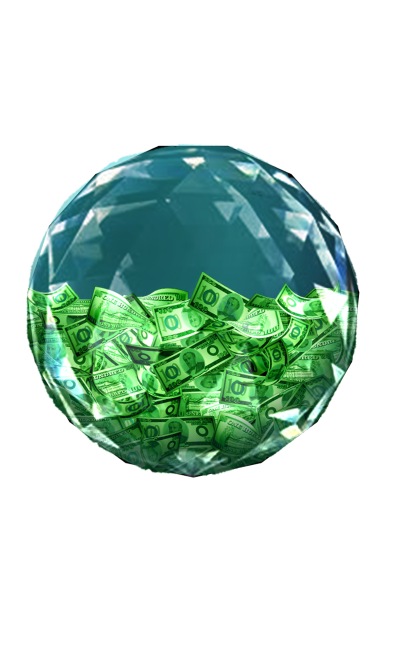 The same old song applies to game symbols. Cash ‘N Riches symbols aren’t split into payout categories, but the difference between the lowest and highest symbol is significant. The paytable begins with 9 followed by 10, J, Q, K, A and then gems in colours of green, blue, red and diamond white. Thanks to Megaways, Cash ‘N Riches can produce up to 117,649 paylines. No Megaways slot feels truly complete without cascades, or how they are known here the Rolling Reels. We’re not sure why Microgaming trademarked this feature, but essentially this is just a simple cascade mechanism, where winning symbols collapse, making way for new symbols to drop in from above.

Payouts for Cash ‘N Riches Megaways are also quite basic, but in this sense, that’s a positive thing. You see, Megaways slots are always quite intense. They bring high volatility and strong potential, which is once again proven with Cash ‘N Riches Megaways. The value for the biggest Jackpot is 5,000x but the overall max win is 18,163x. Triple Edge Studios have given out multiple RTP variants, with the best one being 95.98%, so we could argue that not even the best RTP is great, although generally, it will suffice. Cash ‘N Riches Megaways bet range is 0.10 – 20.

With Rolling Reels out of the way, let’s take a look at two other Cash ‘N Riches Megaways features. Additionally to substituting symbols, Wilds are also collected, which triggers a chance to activate the Jackpot Pick Game. The more Wilds you collect, the better are your chances. When this feature triggers, 12 Tokens will appear shown facedown. Players then have to pick these tokens one by one, until 3 tokens match. Possible Jackpots that you can match are Mini, Minor, Major and Mega with respective values of 15x, 50x, 100x and 5,000x. 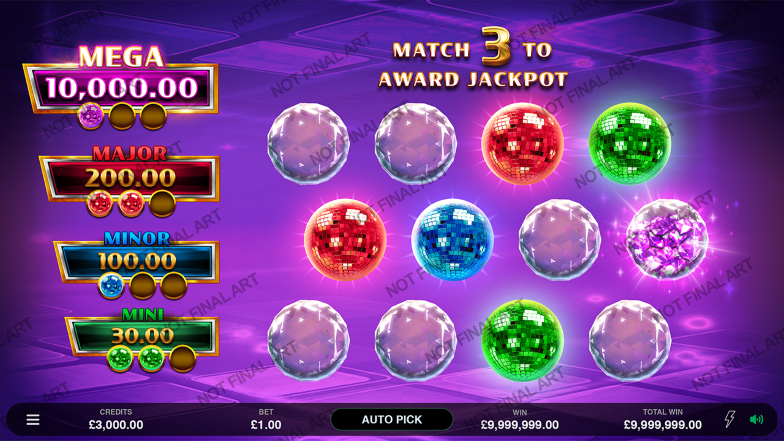 To add some quirkiness to the design, you need to collect 4 scatters, which spell out the word CASH to get 12 Free Spins. Each extra scatter beyond that provides +5 Free Spins. You will begin with 1x, as each successful Rolling Reel will add +1x. 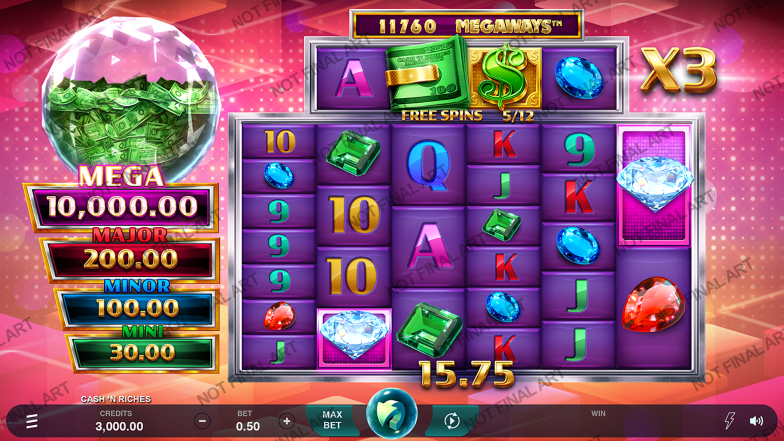 Cash ‘N Riches is as exciting as drying paint. There is nothing special or impressive about this game. Perhaps we’re being too harsh, but Cash ‘N Riches Megaways is a very basic slot, that brings together elements from a bunch of other already produced games. Sure, it has its moments, providing a chance to score some nice Jackpot wins, but the whole experience just feels boring and rather cheap. It seems like Cash ‘N Riches was just made for the sake of releasing a new Megaways slot. All of the game features work as they should, so in this regard, we can’t say anything bad, the slot just feels lacklustre and in the highly competitive iGaming industry, a performance like this won’t move you to the top step.

What is the Cash ‘N Riches Megaways max win?

What other Triple Edge Studios slot I can play on this website?

If you’re a fan of Megaways, then we recommend taking a look at Ancient Fortune: Poseidon Megaways.

BGaming are inviting you to a new adventure together with Johnny Cash. We’re digging gold in the lands of the Wild West