Space meets the sea in Play’n GO’s latest endeavour called Captain Xeno’s Earth Adventure. Our hero Captain Xeno has been travelling far and wide across space, discovering and conquering planets and galaxies. After the last battle, his ship looks a little worse for wear, so he has no choice but to land on earth, in hopes of fixing his frigate. To his surprise, Captain Xeno finds interesting and exciting challenges right here on our planet. This is your chance to help Captain Xeno and his crew, because if you do so, then there is plenty of plunder that will be shared along the way.

Use electric shocks, emergency wilds and engine recharge to help fix the ship. Captain Xeno’s Earth Adventure is a lighthearted but highly exciting December release for Play’n GO. As the end of the year draws nearer, providers are pushing out their final games. Have they saved best for the last or are these just some leftovers, which need to be pushed out before the year ends? Well, we will certainly find an answer to that question right now.

Instead of taking it to space, like it’s done numerous and numerous times before, Play’n GO are bringing the sci-fi down to earth. Although not a completely new idea, the story of Captain Xeno still feels fairly unique. Play’n GO in general have been quite fond of various sci-fi motives. It all started with the lovely aliens from Reactoonz and quite recently we saw the release of The Last Sundown, which is a bit darker sci-fi game. Captain Xeno’s adventure takes a place somewhere on earth. Our guess is somewhere in the mid-US, judging by the Grand Canyon scenery. Considering all previous alien invasions, we’re surprised it's not New York. Captain Xeno’s Earth Adventure looks well. It’s nothing overly exhilarating, but it’s pleasant for the eyes. 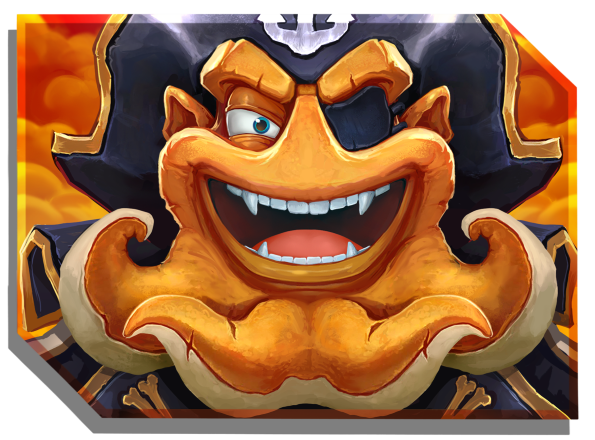 For a couple of games now, Play’n GO have used their new symbol splitting mechanism. This mechanism was also used on The Last Sundown slot. It’s very similar to the xWays mechanism which has been relentlessly implemented by Nolimit City. We’re not sure if Play’n GO are mimicking their competitor, but there surely are some similarities across the board. By default, this slot provides 1024 paylines, but this number can be pumped up to 100 000 due to this feature. Let’s take a closer look at the symbols that we’re actually going to be splitting. There is nothing too interesting about low symbols, which are 10, J, Q, K and A, but high symbols are various sci-fi style characters. This band of misfits is your new family if you decide to help the Captain. With these heroes, in total, we have 10 regular symbols plus the wild and scatter.

Don’t take these lighthearted characters too lightly because Captain Xeno’s Earth Adventure still is a high volatility slot. In this sense, Play’n GO have rated it 10/10, so we got a serious contender on our hands. The RTP is the same as it was on The Last Sundown, so 96.20%, which was and still is decent. The life of a space pirate is dangerous but rewarding, hence why the max win is 10,000x. That’s a hefty sum to score. To fix the ship, you’ll need the proper tools, such as bets and the range that they follow. For Captain Xeno’s Earth Adventure, the bet range is 0.20 – 100.

As we already mentioned, Captain Xeno’s Earth Adventure comes with the symbol splitting feature, otherwise known as Electric Shock. This feature randomly selects one symbol type, which then becomes the splitting symbol. Each symbol can be split into two parts. Every symbol, besides the wild and scatter, can be selected by the Electric Shock.

Moving on we got the Emergency Wilds. Like an emergency drop from the skies, this feature randomly drops in 1-5 to wilds to game reels. The position of these wilds is always random.

The last of the mini-features is Engine Recharge. This feature simply adds two scatters to the reels, greatly increasing your chance to score the main Free Spins bonus feature. To trigger Free Spins, you’ll need at least 3 scatters, but the more scatters the better, as additional spins are rewarded for them. For example, 3, 4 or 5 scatters provide 8, 10 and 12 Free Spins. During Free Spins, your main objective is to collect scatters, as this will upgrade the symbol splitting and it will grant additional spins. For example, a collection of 7 scatters will split symbols into 3 and award 4 extra Free Spins. Score 4 more scatters, and now symbols are split into four, plus the 4 additional Free Spins are granted. 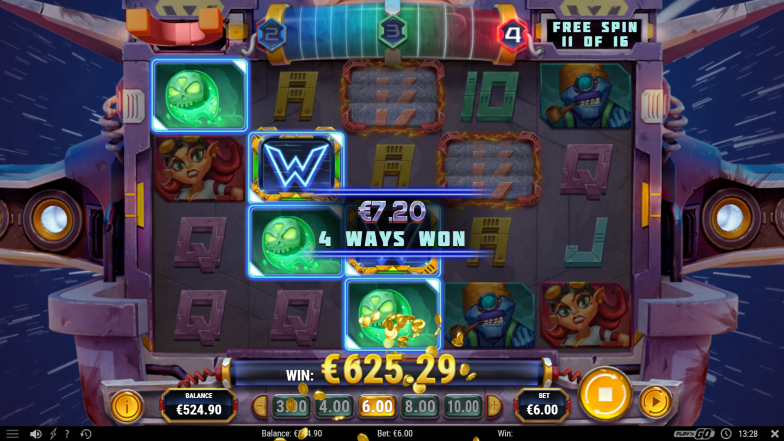 So where do we stand with Captain Xeno’s Earth Adventure? All in all, it’s a solid slot from Play’n GO. It seems like Play’n GO are starting to focus more on their symbol splitting mechanism, as we are seeing more and more games using this mechanism. We still think that Nolimit City have the upper hand in this matter, but it’s interesting to see, how far this competition will go. Captain Xeno’s Earth Adventure can be extremely fun though. We love the vibrant characters and the quirky story, which is a great substitute for the grim world of The Last Sundown. The whole symbol splitting idea may sound boring at the start, but once you see the potential behind it, your thoughts will quickly change.

Can I play Captain Xeno’s Earth Adventure for free?

Yes, this slot can be played for free using the available demo player.

How do I get Captain Xeno’s Earth Adventure Free Spins?

To get the Free Spins bonus, you need to land at least 3 scatter symbols.

What is the Captain Xeno’s Earth Adventure RTP?

Spirit of Egypt still lives, partly thanks to Playson. Various bonus features and jackpots are waiting for you.