Those with a sweet tooth can feel pleased once again, as Pragmatic Play are releasing a slot called Candy Stars. We have ourselves a disco-style slot with candy and stars. It’s a very bubbly and sweet combination, but let’s hope it’s not sickly sweet though. Sweet Bonanza was a fairly big hit for Pragmatic Play and it seems like they’re still riding that hype train, trying to capitalize on that success. There is no shame in that, as it’s a known practice but let’s see how well Pragmatic have managed to follow up.

The candy theme has become rather popular, especially after the success that Candy Crush had. Pragmatic themselves have released a couple of titles, for example, Sugar Rush and Sweet Bonanza which we mentioned already. The style is similar, but, of course, some design elements change.  Visually, Candy Stars is a simple game, even too simple we could say. Doesn’t seem like a lot of love and thinking went into production. It almost looks like Pragmatic Play just took some elements from other games and from those small bits just created another slot. 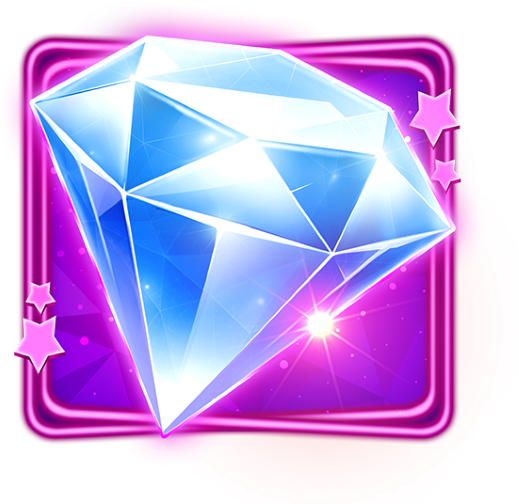 The simplicity also covers the paytable, where we see typical low symbols and some candies, which aren’t even that detailed. You do have to keep in mind, that not all players pay attention to graphics but it is an important aspect of gaming in general. The wild symbol is a golden star. It will substitute for all symbols except the bonus symbol. Candy Stars comes with 20 paylines.

Candy Stars does have a little kick to it. This slot can definitely produce some notable wins, with the max payout being 5,000x. It’s highly volatile and it has a decent RTP of 96.47%. It may look plain and boring for some, but you definitely can have some good wins with this slot. Pragmatic Play slots are always well optimized on all devices.

A little bonanza feature has also made its way into Candy Stars. Each time a win is formed, the symbols are removed making space for new ones to drop in from above. If a Wild symbol land on the top row it will remain there until all tumbles are done. These Wilds also carry multipliers which can go up to 128x. When tumbles are done, the multiplier resets.

Keep those eyes peeled for diamonds, as three of these trigger the Free Spins feature. During the Candy Stars bonus, there is a guaranteed Wild on each spin. These Wilds always carry a 2x multiplier and each tumble doubles the multiplier up to 128x. Each 3 additional scatters adds 5 more spins. There is also a buy bonus option on Candy Stars, where you can purchase Free Spins for 80x. 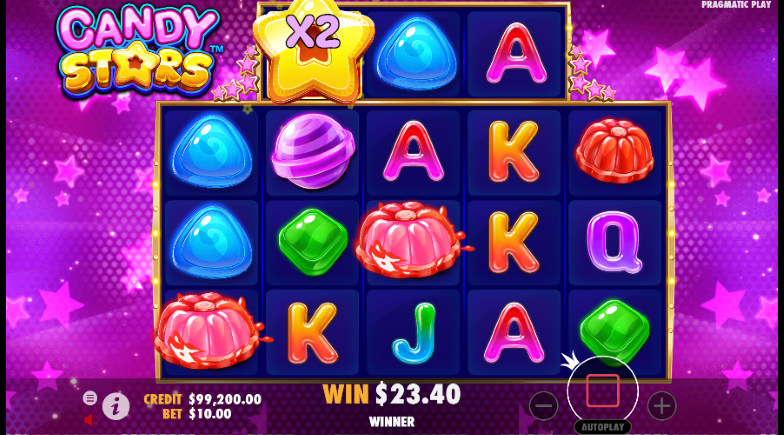 There is a strong sense of déjà vu seeing Candy Stars slot. The design of graphics and game model is something that we’ve seen before and we’ve seen it from Pragmatic Play as well. It’s a fun little slot to play, which can surprise you with a good win here and there, but there is obviously nothing revolutionary or new about this game. As we said, it almost feels like Pragmatic collected some scraps from other games and put together a new release. It’s good not to waste leftovers, but you won’t get any Michelin stars for it.

What is the RTP on Candy Stars?

What is the max win on the Candy Stars slot?

How to play Candy Stars with real money?

Candy Stars will be available in online casinos after the noted release date.