An old cottage in the forests. The nearest person is miles away. It’s just you and nature, so relax, get the fire started and just enjoy the solitude. Until one point, because we are not so alone as we think. The bushes are rustling and growls become more apparent. A horde of zombies is approaching, so we need to defend our little cabin. It’s quite the narrative that Quickspin have made up, which makes it even more interesting to see, how will this Cabin Crashers slot play out. We definitely have had our fair share of funky themed slots from Quickspin, but a zombie attack in the Appalachian Mountains is something new.

Visually Cabin Crashers is made in a style of a comic book, so you can expect a lot of vibrant colours. The layout consists of 5 reels and 3 rows. This visual presentation definitely feels unique, we can’t really recall if we ever have had a slot where a hillbilly needs to protect his cabin from a horde of zombies, imaginative to say the least. As it is expected from Quickspin, Cabin Crashers runs exceptionally well on all devices. Even though this slot is themed around zombies, don’t expect it to be too scary. 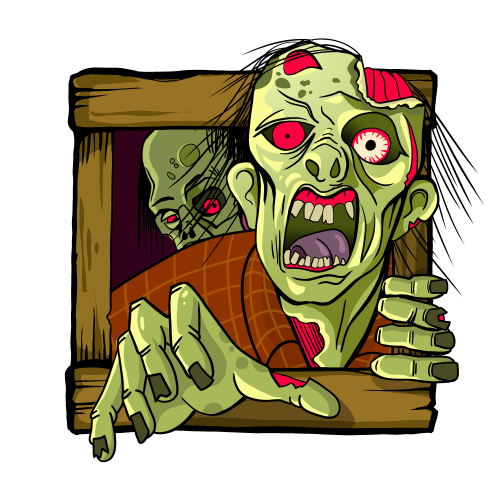 Like the majority of slots, Cabin Crashers uses card royals of 10, J, Q, K and A as the low symbols. The high symbols though are much more interesting, sporting some weird characters and a couple of hillbilly objects such as hatchet and shotgun shells. Quickspin have said, that the volatility for Cabin Crashers bonus game will be selectable, meaning that players will have full control over how volatile they want their game to be. This is permanently seen on Wazdan slots, but for Quickspin this is something relatively new. Cabin Crashers will use 20 paylines.

Cabin Crashers will feature the Free Spins bonus game, which will be triggered by 3 gravestones. The slot will also feature multiplier Wilds, but it is not yet known how exactly these features will work. Cabin Crashers will offer the chance to buy Free Spins straight away for an entry fee of 75x. This is good news for all the bonus enthusiasts. 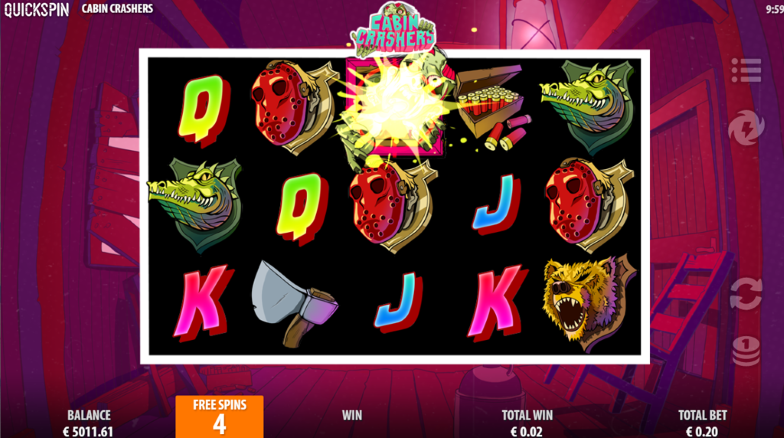 This insight is published at an early stage of the game, so there is still time for Quickspin to make some adjustments, so take what we said with a grain of salt. Cabin Crashers looks unique, which also makes us very excited for the final release. Often you get bored of the regular Egyptian or “book” slots, so something like Cabin Crashers is a refreshing sight. The stage is set, the only question now is, how will Quickspin execute this. Fingers crossed for the best result.