The continuous clashing story between matador and Toro is once again presented in the latest ELK Studios slot called Buffalo Toro. Toro series is one of the most iconic ELK Studios products, which started off with the release of the classic Wild Toro slot. Rather recently, ELK Studios released a huge follow-up, dropping a trio of Toro slots at once. Seems like there is no stopping, as we’re getting the fifth instalment, which takes us to a different location. The rivalry between matador and Toro is still strong, and it has even made its way to the gold ole US of A.

Toro is joining up with the Golden Buffalos, but the matador is trying to collect some plaids. Both are relentless, but only one will have its way. Like its predecessors, Buffalo Toro is full of features and stunning winning potential. You could almost say, that this is the flagship series for ELK Studios. Buffalo Toro seems like a charming slot with that good dose of Latin passion that was present in the previous titles. Let us embark on another fantastic journey and see what wonders await us.

The rest of the Toro games had a strong Spanish vibe but on Buffalo Toro, we’re embracing the American wildlife, so the whole game has this Native American vibe to it. There are surprisingly a lot of casino slots, which depict the American Wildlife and its animals, but we don’t think there has been a game where a matador and a bull are in the mix of things. Buffalo Toro consists of 6 reels and 4 rows. In the background, we can see the beautiful scenery of the canyon. It’s definitely not a slot that takes your breath away, but it looks decent. Perhaps, some of the previous slots were a bit more appealing, but this will suffice. 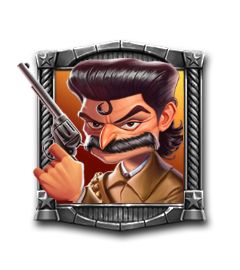 We’re getting a similar feeling from the game symbols. Buffalo Toro paytable consists of low and high symbols. The low symbols are 9, 10, J, Q, K and A. High symbols are 5 animals – bear, wolf, cougar, eagle and buffalo. Our good friend Toro takes the position of the Walking Wild symbol, while matador is a special bonus symbol, much like in previous instalments. There are 4,096 paylines, so no two playing sessions will be the same, as there are plenty of combinations you can create.

A long time has passed since the release of the original Wild Toro slot. Innovation has been kind to casino players because the max potential is now almost 25 times bigger than it was originally. On its best days, Buffalo Toro can produce a win up to 50,000x. Now that truly is a masterful potential, matching up with some of the industry greats. The RTP is a bit of a shocker though, coming in at 94%. This is the sort of RTP you don’t expect from a modern slot. You might see it on some classic fruit slots, but not quite on games like these. Buffalo Toro's bet range is 0.20 – 50. This highly volatile slot is available on all platforms.

There are three different multiplier variants on Buffalo Toro. There is the Walking Wild, Multiplier Wild and the regular Wild. Walking Wild generates respins as it moves, Multiplier Wild comes with an added 2x or 3x multiplier and the regular Wild simply substitutes for all regular symbols. If the Walking Wild lands when the Matador symbol is present, then the Toro Goes Wild bonus feature is triggered. Toro will chase the matador, leaving Wild symbols in its path.

If two Matadors land at once, then the Matador Respins feature is triggered. Matadors simply become sticky and trigger a respin. If another matador lands, then the respins keep on flowing.

There is also the Bonus Game on Buffalo Toro. This feature is triggered by 3 or more bonus symbols, which are golden coins with a  bison on them. Your rewarded Free Spins can range between 8 and 20, depending on the number of bonus symbols you land. Extra scatters during the Bonus Game award additional Free Spins. The main task during the Bonus Game is to collect Golden Buffalos, which then can turn regular symbols into high-value buffalos. If you trigger the Bonus Game with a Super scatter, then you will respectively get the Super Bonus Game. A special addition to this bonus is the added Rampage Reels mechanism which triggers with every 3 golden buffalos. This mechanism can turn multiple reels into hoards of high-paying buffalos.

After such a huge Toro world tour, we weren’t expecting to get another Toro slot so soon, but here we are. ELK Studios have created this interesting story between two characters which has been strongly going on for roughly 5 years now. If we talk specifically about Buffalo Toro, then we are quite glad about the results. It’s an interesting spin-off, and it’s a casino game that has awesome potential. A slight drawback is the 94% RTP. We aren’t sure what mindset ELK Studios had behind this decision, but it feels a bit off. Of course, when you consider the 50,000x max win, then things sort of even out. Buffalo Toro doesn’t deliver a flawless experience, but it’s a quality one regardless.

Can I play Buffalo Toro on my mobile device?

Yes, you may play Buffalo Toro on any smart device.

On SixSlots you can play such ELK Studios slots as Cygnus 2, Phoenix Graveyard, Taco Brothers Derailed and many more.

What is the minimum bet on Buffalo Toro?