Once again we need to step into that time machine and travel many years back. We even need to travel further than Ancient Egypt, which is probably the most famous historical period in video slots. The ice age is our destination. The world is filled with ferocious creatures, it’s the survival of the fittest. But there is an animal that even to this day is regarded as a beast of wild, the mighty mammoth. Pear Fiction Studios is another Microgaming partner studio and you know that from time to time we like to cover those.

Blazing Mammoth is our main character and the name of the game. We don’t get many providers from Canada, but Pear Fiction is one of them. Perhaps, that’s one of the reasons why they went with a snowy motive. For a lot of us, Pear Fiction seems like a new name, but this company’s root already started in 2014. They started out producing mobile games, but soon enough they made their transition to the iGaming world and we are glad for it because their visual presentations are great. Today, all eyes are on the Blazing Mammoth so let’s get to it.

Where to Play Microgaming Partner's Games?

We believe that the experience that Pear Fiction Studios had with the mobile games really helps their slots now. The visuals are simple but pretty. The user interface is nice and clean, it’s just overall a very solid presentation. The background music isn’t necessarily a musical masterpiece but it complements the visuals well enough. Blazing Mammoth is a 5 by 3 slot with 20 paylines, so no quirky or special layouts coming from Pear Fiction. 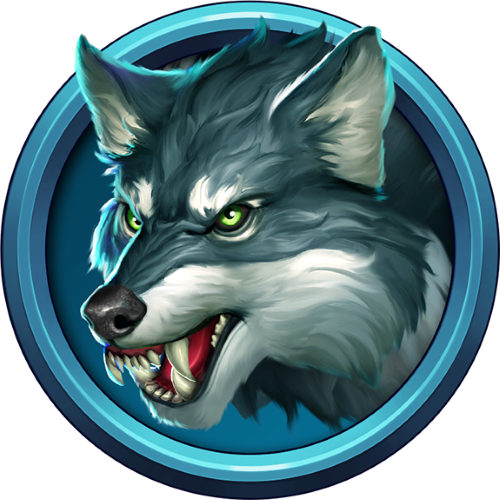 You might be surprised to see the red sevens in a slot about the ice age. These classic symbols can come in 3 variants - single, double and triple sevens. The payout values more than double with each variant. These three are the highest paying regular symbols in Blazing Mammoth. The actual animals have lower values. In the wildlife, you will find a wolf, rhino, bear and sabre cat. The highest payout in the game belongs to the Wild symbol.

Some people are comparing Blazing Mammoth to 9 Masks of Fire by Gameburger Studios. Both games do share a similar game layout and the payouts also are almost matching. Blazing Mammoth is a medium volatility slot and it is equipped with an RTP of 96.24%. The single max payout is 2,000x which is not revolutionary, but it’s decent for a medium volatility game. So far the bet range is the only thing that differs, being 0.20 – 120 instead of 0.20 – 60, so players are able to place much higher stakes if they wish to. Blazing Mammoth should run nicely on all devices.

The grand prize of Blazing Mammoth is the Free Spins feature, but there is another way how you can make a quick buck. Instant Mammoth Jackpots provide instant cash payouts for the Mammoth symbols that you collect on a single spin. The payouts are the following: 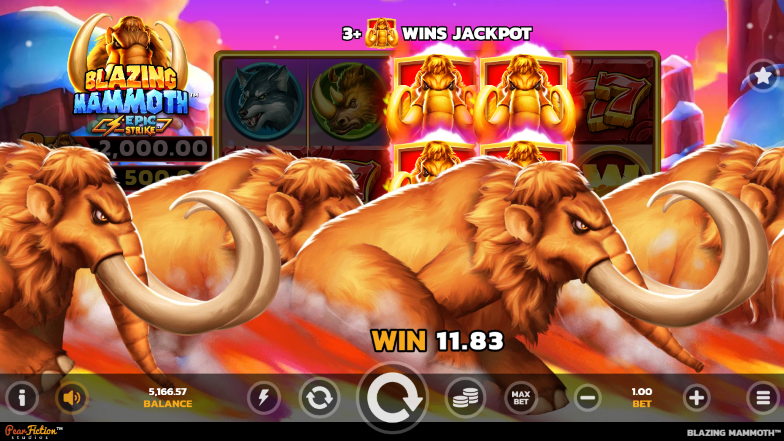 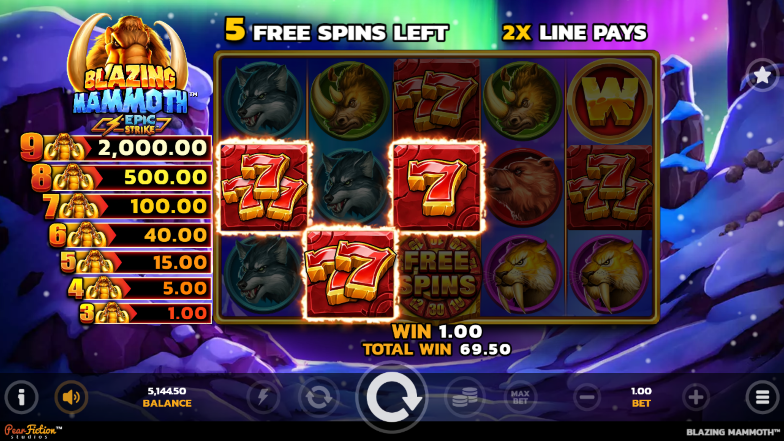 We don’t think we have yet seen the true potential of Pear Fiction Studios. With their impressive gaming background, we feel like they are yet to make their breakout slot. Blazing Mammoth is a solid step in the right direction, but it’s a slot that’s not going to make you stand out. The visual quality is great, so perhaps the problem lies with the copied game model and payouts. Nonetheless, Blazing Mammoth is a fun and attractive game, which is made for players that like to have some fun.