Play for money at 4 Kings Slots

The bull is back with vengeance! Blazing Bull: Cash Quest is a direct follow up to the well-known Kalamba Games slot Blazing Bull 2. Same as the Griffin before him, the Bull is on his own quest, a quest for power and riches. Kalamba Games have changed some things up, but the aggressive soul of the Bull still remains, so we’re given a volatile slot, with a mighty payout potential. If you’ve played Blazing Bull slots before, then you will know that this is no typical animal game. It’s a unique presentation that is combined with the most wonderful Kalamba features. If you want to feel the power of the bull, then step forward to Blazing Bull: Cash Quest. This is not the forest where we jog around, picking up mushrooms and flowers. This is a very intense forest, one that belongs to the Blazing Bull. That is why the game comes with this fiery orange tint, also the reels tend to catch fire, so the action can get pretty fierce. On Blazing Bull: Cash Quest we’re getting a special 6 reel x 3-4-5 row set-up. In comparison, the layout on Blazing Bulls 2 consisted of 6 reels and 4 rows. The background design is very familiar between both games, so Kalamba Games haven’t made any radical changes to the way the game looks. 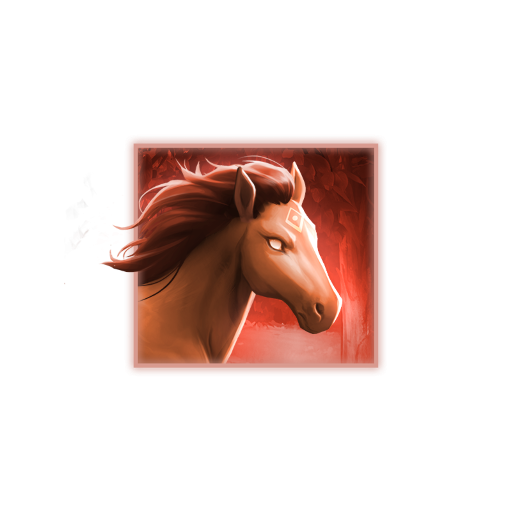 Pretty much the same goes for game symbols. Actually here, there are no changes, as we’re getting identical symbols with Blazing Bull 2. Nonetheless, we will go through them, in case this is your first experience with this series. Blazing Bull: Cash Quest low symbols begin with 9 and end with A, so those are 6 low symbols. High symbols are animals of the forest – deer, owl, stallion, fox and bull. All these animals have these eerie white eyes. As we said, this ain’t no typical forest, so we warned you beforehand.

Blazing Bull: Cash Quest comes with two well-known Kalamba Games features. One of these is the K-Boost. The way it functions is simple. The more you play without triggering the Free Spins bonus, the better will be the Free Spins amount that’s awarded when you do manage to trigger the bonus. This almost puts you in a win-win situation, because it’s good that you get Free Spins fast, but it’s also nice to build up this K-Boost meter so you’re awarded a better bonus once that time comes.

The other Kalamba feature on Blazing Bull: Cash Quest is K-Cash. If you match two symbols in the high-lighted positions on reels one and two, then an instant cash prize is triggered when further matching symbols appear on reels 3 to 6.

Finally, we have the Free Spins feature which is activated by 3 or more moon or star symbols. If you trigger a Level 2 Free Spins bonus, then a random K-Cash multiplier up to 10x will be applied. Also, you will be granted two highlighted positions on the second reel.

It’s hard to say if Blazing Bull: Cash Quest is better or worse than Blazing Bull 2. We’ll say that it’s just different. Blazing Bull 2 had the K-Split feature, but Cash Quest has its K-Cash. Cash Quest also has a different layout which focuses more on these highlighted symbols, so even though both slots look similar, they play very differently. Feel free to discover both games, so you can understand which Blazing Bull slot works the best for you.

How many paylines there are on Blazing Bull: Cash Quest?

In total there are 3600 paylines on Blazing Bull: Cash Quest.

Yes, you may play Blazing Bull slots for free, once the demo version is available.