Play for money at Kryptosino

As the name suggests, Beastwood is a place where monsters live. It is a dangerous forest and only a few dare to step in it. A man called Mr Beastwood is an exception though as he has said goodbye to his old career as a sea bandit to now being a full-fledged monster hunter. Equipped with a golden harpoon, he spends days and nights hunting for monsters and getting a pretty penny for it. Using scrolls and golden chains he hunts down these abominations, ridding the world of evil. It’s quite a story that Quickspin have made out, it’s safe to say that they don’t lack creativity.

Beastwood is a brand-new Ways slot which tells a fantastic story while entertaining players with various features and mechanisms. It’s a dazzling high potential video slot, so this is definitely a notable project from Quickspin. This slot is trying out some things, that Quickspin haven’t done before, so keep on reading if you’re interested to learn more. Let us join Mr Beastwood in his mission to hunt down the most notorious monsters. There’s a 29,000x bounty up for grabs, so don’t wait around too long, or you might miss it. More and more it seems that Quickspin are exploring darker themes and ideas. Just like Trail of Blood, Beastwood is a darker-looking game, but it still maintains the lighthearted nature of Quickspin, which is good, because that fits better with Quickspin’s original style. The action takes place in the home of Mr Beastwood. Trophies, weapons and old artefacts are scattered around, as the dark room is lit up by the fire of the chimney. We really like the way this slot looks. Beastwood is a nice fantasy game, but it’s also not too aggressive, so Quickspin have balanced it out well. There is no lack of animations as well, which is something that Quickspin does well. 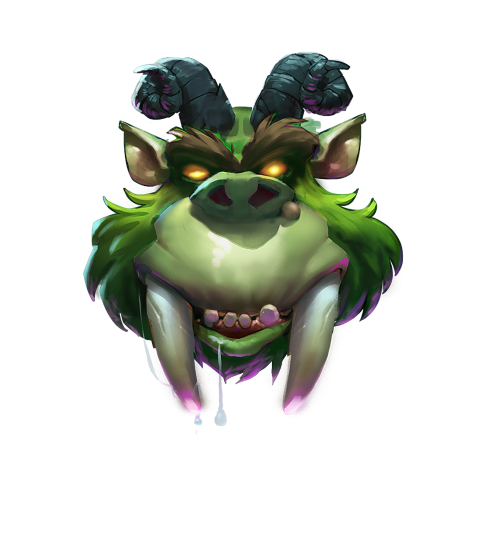 Paytable is full of ghastly monsters and creatures. They are the most valuable symbols, so naturally, we need to hunt them down. Of course, we shouldn’t completely disregard the low symbols of 10, J, Q, K and A as these too can bring some pleasant payouts. By default, the layout is 3 by 4 but thanks to some bonus features the “scroll” can extend much further than that. In fact, there is technically no limit, on how big the layout can get, soon you will understand how and why. Mr Beastwood himself also appears as a symbol.

Hunting down a monster is no easy feat, that is why this job pays well. In fact, it pays very well, because the max payout that you can secure is 29,000x! Quickspin know how to turn up the heat and once again they are solidifying their position as a top-tier software provider. Beastwood is a true high volatility slot with a default RTP of 96%. There are also variants for 94% and 87% RTP, so keep that in mind. Beastwood is beautifully optimized on all devices, so you can play this game anywhere you go.

All wins begin with a 1x multiplier. This multiplier can be further increased by The Symbols Win Multiplier if multiple copies of a symbol land on a reel and they’re part of a win. These multipliers can nicely add up, even during the main game. Reel Multipliers appear on every third reel. They always have a 2x attached to them.

For each win on Beastwood, the layout extends by one reel. As we said, there is technically no limit, on how big the layout can get, similarly to NetEnt’s Infinireels feature.

The Beastwood Free Spins Bonus is triggered by landing 4 or more Bonus symbols. The base award is 10 Free Spins, while any additional symbols award +3 Free Spins. During the bonus phase, every reel after the fourth comes with an added multiplier. Each new bonus symbol awards an extra spin. 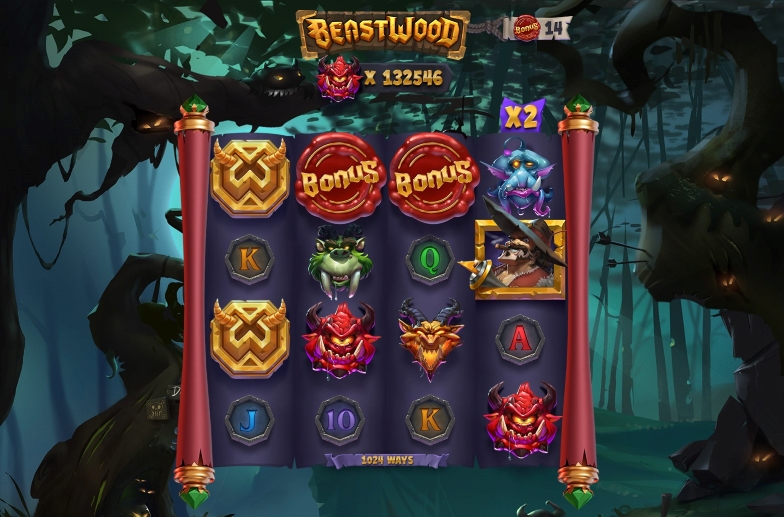 At one point, we were a bit worried about the direction that Quickspin are going. They had this small streak of basic and remade games, so we were wondering, when are the next big hitters coming. Well, now they are here. Beastwood is another solid addition to the roster, with its alluring looks and cool gameplay mechanics. It’s not just an interesting theme, it’s also interesting to play. Although we have seen something like this from NetEnt, Quickspin have managed to portray it in a different fashion, one that we found very appealing. Beastwood is a great game, so we definitely recommend having a look at it.

What is the max win on the Beastwood slot?

Can I play Beastwood for free?

Yes, you may play this slot for free, once the demo version is available.

Which other Quickspin slots I can play on SixSlots?

We recommend having a look at Sticky Bandits Trail of Blood, Sakura Fortune 2 and Warp Wreckers.

Check your colours, because we are about to walk in into one doggy neighbourhood. Be the top dog and get 25,000x in your pocket