Here we go with another Ancient Egyptian slot, but wait! There is one groovy twist to this game – it's Ancient Egypt in the 80’s disco, hence the new Red Tiger release is called Ancient Disco. That’s right we’re going back to Egyptian tombs which now have some disco lights in them. Disco and Ancient Egypt is a rather unexpected collab, but Red Tiger is an experienced and skilful company, so we’re sure that they have something special lined up for us. Are you ready to dance like pharaohs?

We’ve always enjoyed it when providers are brave enough to mix up two completely different themes and it’s always interesting to see the end results. We all have different imaginations, so if you haven’t already seen, what the Ancient Disco slot looks like, try to imagine it and then see what Red Tiger have produced. Looking at it from a casino perspective, Ancient Disco is well-equipped with various Free Spins and prizes, so it’s not just fun in looks. Lights are up, let’s get to the party! Pyramids, tall stone columns with hieroglyphs and other Egyptian architecture is mixed in with neon lights, massive speakers and a huge disco ball, of course. It is a bit amusing but in the most positive way. The graphics aren’t anything spectacular, but Red Tiger never seem to go overboard with them. Ancient Disco looks good, it has its own identity, which is arguably more important these days, considering the abundance of Ancient Egyptian slots. Can’t forget the music, which is pretty groovy too. 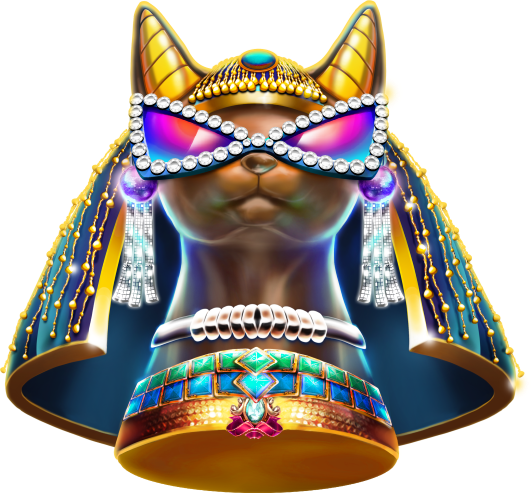 The gameplay is happening on a 5 by 3 layout, the most widely used modern slot layout. To create a winning combination, you’ll need to match at least 3 symbols. Low symbols are rather futuristic J’s, Q’s, K’s and A’s, but high symbols bring a more notable Egyptian feeling, with a twist of disco. Sphinx and Pharaoh are rocking pairs of shades while somebody has put in a little umbrella and a straw in an old urn. Even the scarabs have received a new gleaming disco look. It’s a bit wild, but we wouldn’t want it any other way.

What else should you know about Ancient Disco? Probably one of the most important parts of the game is the technical side of it. No surprise finding out, that Ancient Disco is a high volatility slot, much like the majority of games these days. The RTP did sour up the mood a bit, as it falls slightly below the average. The big, juicy apple is the max win though, it comes in at 22,500x! Ancient Disco might look jolly and amusing, but the potential is no joking matter. The default Red Tiger bet range has been limited to 0.10 - 40 (sorry high rollers).

Ancient Disco fun doesn’t stop there. Special 1x2 scatter symbols can trigger the Pyramid Spins bonus game. For 3, 4 or 5 scatters, you will get 3, 4 or 5 spins respectively. Each scatter breaks down into 2 regular scatter symbols which are then locked in their place for the entirety of the feature. During this bonus, only new scatter symbols may land, and each time a new one drops, the spin count is reset. So it’s a simple hold-and-win bonus, which gives you a better chance to climb the Prize Ladder. 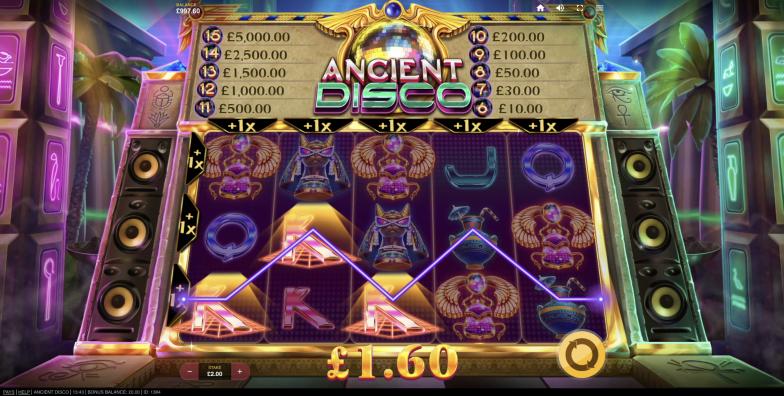 Theme-wise Ancient Disco is something fresh and unexpected. We’ve seen slots that experiment by combining Ancient Egypt with something else, like the future in the Pyramyth slot, but we don’t ever recall a disco theme used like this. The gameplay though is very classic. The main bonus action revolves around scatters and a hold-and-win style of bonus. Plenty of those slots around, but they are always quite reliable and, in this case, the wins can be additionally multiplied, so it’s a good situation for the player. If you want a fresh setting but familiar game mechanics, then look no further than Ancient Disco.

What is the max win on Ancient Disco slot?

How to trigger the Ancient Disco bonus game?

To get Pyramid Spins bonus game, you need to land 3 or more scatter symbols at once.

When is Ancient Disco released?

This slot is released on the 2nd of February 2023.

One Karen is now determined to consume the flesh of men. It sounds crazy, but this wacky slot can be the real deal.