What do you get when you mix comedy with horror? Apparently the answer is hopping zombies, or as they are traditionally called in Chinese folklore ‘’Jiangshi’’. These undead creatures are making the theme in our new game from Quickspin called Vampire Senpai.

But things are not as grim as they may sound, as Vampire Senpai is presenting a couple of exciting features. Quickspin is known for making really beautiful slots and from the first look, this one seems to continue the tradition. But looks alone won’t win over everybody, so it’s important to take a look at how the slot performs on its own. Touching upon the general theme a bit more, the game is based on old Chinese folklore, where undead creatures with stiff limbs pray upon the living, trying to absorb their life force or Qi. Word Senpai itself comes from Japanese culture, meaning a mentor or somebody to look up to. This creates a slight confusion regarding the setting, but this is not a history class so we won’t mind. 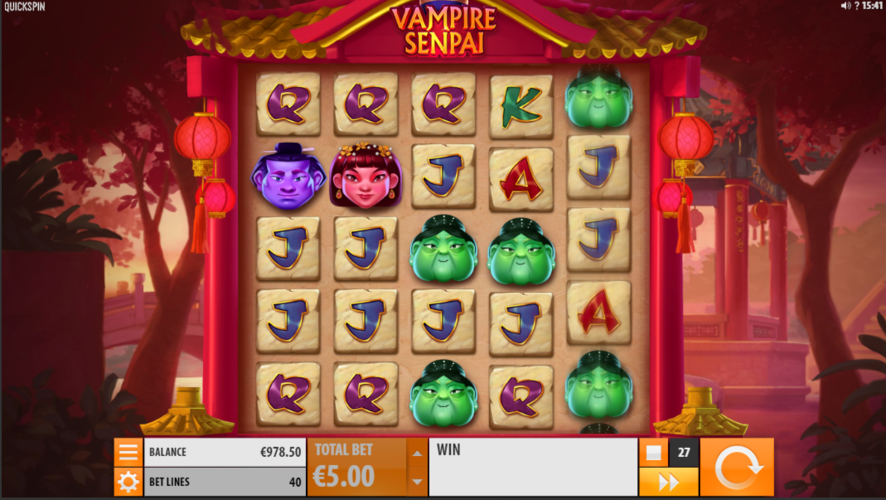 As mentioned before, Vampire Senpai looks nice, it's bright and colorful and not as scary as it sounds. As the producer Mark Smith mentioned, Quickspin tried to make it in a lighthearted way, making it more playful and appealing to the general public.

We also want to give big props to the sound department. Music and sound effects are well balanced to make the game casual in general, but at the same time also a little bit scary at some points. Little spooks always help to keep the adrenaline rolling.

There are plenty of animations around, so the Vampire Senpai game feels quite ‘’lively’’. Overall gameplay flows evenly, so there aren’t any objections regarding quality.

Most of the symbols st Vampire Senpai have a cartoony look to them. There are seven regular symbols in total. 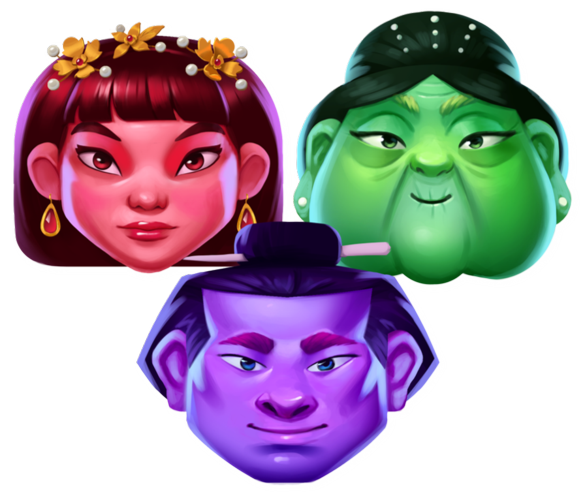 The lowest four are card suits of Jack, Queen, King, and Ace. The top three symbols all have the same value and they are known as human symbols. They serve a specific role in all this, as the human symbols are the main target for the vampire wild symbol, more on that when we take a look at the features.

To recap the game information, we have 40 paylines with an RTP of 96.19%, which brings no complaints from our side. Max Payout is 8894x but in reality this number falls quite a bit lower. Volatility is almost exactly medium, as Quickspin rates it 3,5 from 5. Big Wins come and go quite often as well, so this game can be a balance booster for a few lucky ones.

The majority of the features are related to Wild symbols, 3 to be precise, so let us break them down. The regular Wild symbol in the game is portrayed as the ‘’Jiangshi’’ or the undead vampire. When it lands on the layout, Vampire Wild ‘’bites’’ any human symbols that are present, turning them into fellow Wilds, which are then called Turned Wilds. These then bite other adjacent human symbols until there are no others left to reach. 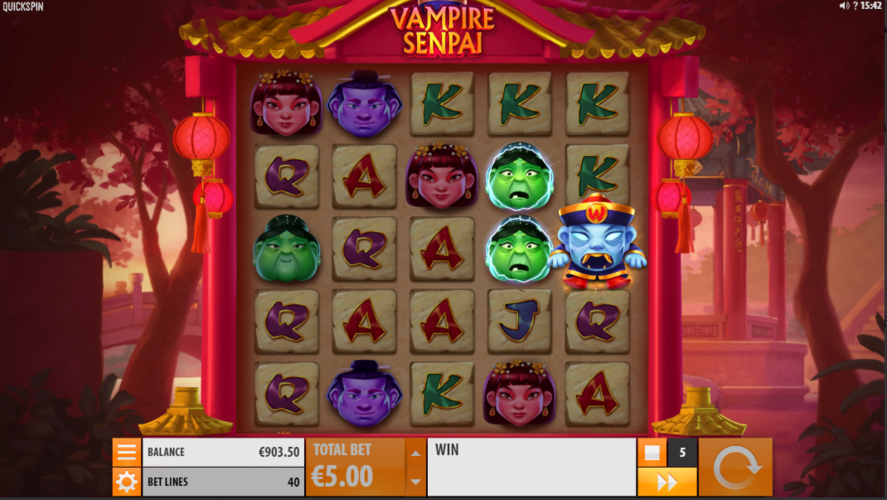 The less sinister feature is the Talisman Wild Symbols. These can randomly appear on any spin and they come from 3 to 9 at once. They only appear on reel 1-4. Both Vampire and Talisman Wilds add an extra spin when they are dropped in a bonus game. 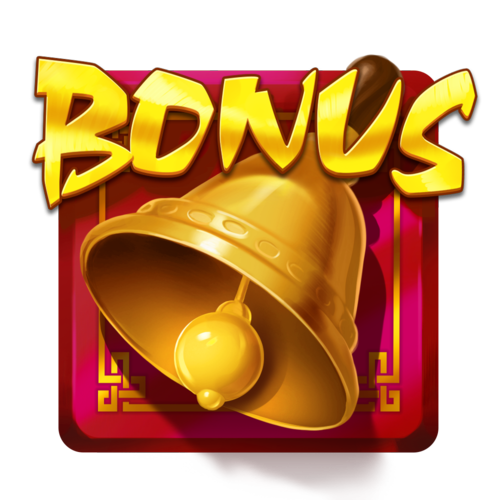 The main bonus game in Vampire Senpai slot is the Reanimated Free Spins. This feature is triggered by landing 3 or more Golden bell scatters. Once that happens, skies turn dark and the undead comes out with a force. Vampire Wilds serve the same purpose as before, turning medium symbols into fellow Wilds, but this time the sunlight doesn’t kill them, they stay on your screen throughout the whole feature. There is also a chance to land Talisman Wilds and these too are sticky until the end of the feature.

It’s a very positive thing, when providers come up with new unique theme ideas for games, instead of reusing, already dozen of times covered settings like ancient Egypt or Leprechauns (not that there is anything wrong with these), it brings a fresh breath to sometimes stale offer.

If it weren’t for the theme, Vampire Senpai by itself doesn’t bring a whole lot to the table. Yes, the Wilds are nicely animated and the sticky feature for the bonus gives them a little edge, but if we take all that away, there is not much else left to talk about. Overall we believe it’s worth trying it out, you may enjoy it for a long time or just for a day, but we think it wouldn’t be a wasted experience in the end.