There is a new gang on the streets, or should we say, in the jungle. Software provider Evoplay Entertainment is bringing in a brand-new adventure slot called Animal Quest. Our new band of heroes is in the search for the lost city of Dinotitlan, which is rumored to be inhabited by technologically advanced dinosaurs.

Animal Quest is a 5-reel 4-row slot with a medium/high volatility with multiple interesting bonus features. Combined with beautiful visuals, this slot might prove itself to be an adventure filled journey, that in times like these, we all need. 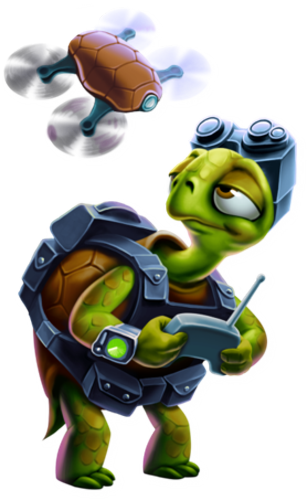 Action is set in the African jungles, with a mysterious, swamp-like background visuals. To set the proper mood, we have a joyful background soundtrack mixed in with traditional African instruments and jungle noises.

Animal Quest slot is centered around our four main heroes – Turtle, Red Panda, Rhino, and Opossum. Each of these characters have a unique look and backstory. For example, the Turtle is a technology inventor, who has created devices to aid the search for treasures, meanwhile, Red Panda is a diehard adventurer, who knows all the nooks and crannies of the jungle.

Slot itself runs very smoothly; you can see the quality of the productions. In this department, it does well to compete with the rest of the big software providers.

Animal Quest features 9 regular symbols separated into two sections. The less valuable section is the Mask symbols. We have five different masks, each corresponding to a different multiplier.

The other four symbols are in the Adventurer section, here we have our previously mentioned heroes. From these, the least valuable symbol is the Turtle, then Rhino, Opossum, and finally the Red Panda, it pays 20x for five of kind.

Besides these there is a Wild symbol, scatter, and the Big symbols, but more on this once we cover the features.
Shifting our minds back to the topic of treasures, let’s discuss payouts. Winning combinations are made from symbols arranged from the left side to the right. Also, as it is regularly, 3 to 5 symbols must match. In total slot has 40 different ways to win.

The major jungle gold will be found mostly on the Free Games or Bonus, as Animal Quest doesn’t tend to give out very big wins in the main game. Once you do manage to hit the bonus, which is not too overly hard here, it can pay up to 1055x. Evoplay has stated their bet range from 0.10 to 500EUR. This pretty much covers the needs for even the highest of rollers. Combining this with medium/high volatility, Animal Quest can be a good slot for a wide range of players.

Animal Quest offers multiple bonus features, or as we like to call them, jungle treasures. After some testing, it is pretty safe to say that the hit frequency is above average. In most cases, it doesn’t take a lot of time to get a bonus, but keep in mind, that also all of the bonuses won’t provide amazing payouts. Let’s take a closer look at all of them.

First up we have the Big symbols feature. This isn’t necessarily a separate bonus feature in the classical sense, it’s more of an addition to the main game. Participation of Big symbols in a winning combination trigger Respins. Big symbols and any regular ones of the same type become sticky.

Now the ‘’main’’ feature or the Lost city itself is the Free Spins feature. To trigger this feature, players must land two scatter symbols and one wild symbol, and yes, you read that right, it is not the basic rules of three scatters on this one. Suddenly a green portal appears and we find ourselves in a strange techno world, with a mysterious setting, this must be the Dinotitlan! 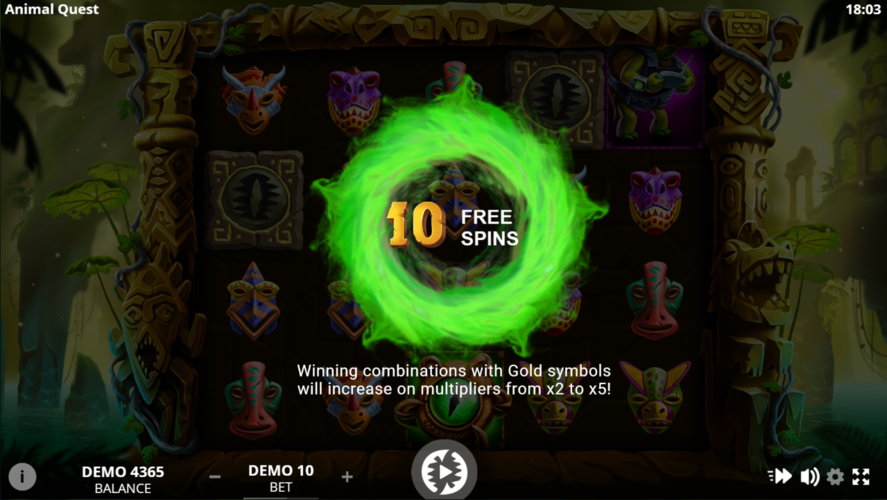 The bonus game in Animal Quest starts with 10 Free Spins. The premier addition to Free Spins is the Golden Symbols. They are feature exclusive, so no chance to land these in the main game. These are the Big symbols with added multipliers which can go from 2x to 5x. Symbols take up 6 positions on the reels and they substitute all other symbols. 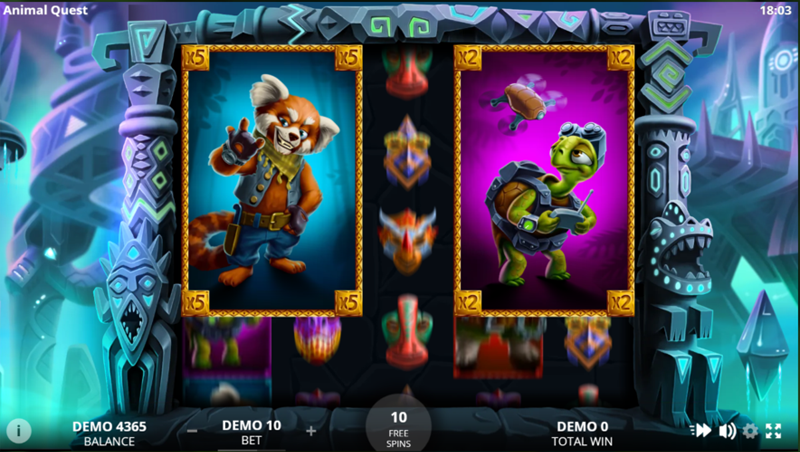 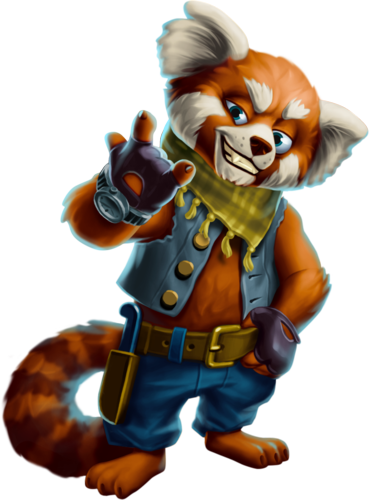 Animal Quest can provide some quality entertainment. Design and gameplay are probably the best part of it. The game runs well and it looks good, so nothing to bash in this area. Now when it comes down to more technical facts like the volatility and max payout, Animal Quest tends to feel slightly lackluster.

The main bonus feature feels underwhelming at some points, it doesn’t feel like you have undiscovered some magnificent lost city, sometimes the bonus ends rights after it has begun.

But overall pros outweigh cons, Evoplay has done a solid job on slot, we can really see the quality behind the project and the trend of improvement is clearly visible.