Online casino game developer Fantasma Games is about to release Heroes Hunt video slot with Megaways pay mechanic. This is not the first Megaways slot from Fantasma, but Heroes Hunt is definitely fresh and surprising.

Set in a terrified kingdom upon which a dreadful dragon is released, the slot gives the opportunity for dukes to slay the dragon – good king Sasha the sixteenth will shower the hero in gold, furthermore any found treasures in the dragons lair may be kept by the hero.

Every player can choose his own avatar from 3 listed characters – each of which represents a specific bonus feature. As a beast should, the game comes in a very high volatility, 96.86% RTP and up to 46,656 possible pay-ways.

The theme is very exciting, but the game is created in a simple manner – the symbols, features and the design are not overwhelming. Symbols are beautifully crafted stones and riches according to the theme: low pay symbols are four colorful gems, but high pay symbols include a coin, a crown, an archer, wizard, the warrior and a dragon. The dragon symbol is most valuable symbol of the game with a 20x bet multiplier for 6 matching symbols, but it can only appear during Dragon Spins bonus round. 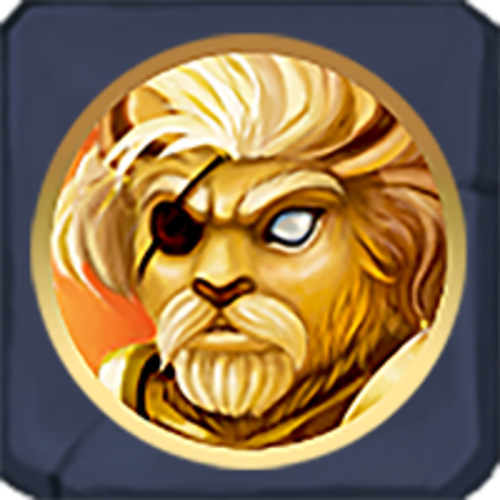 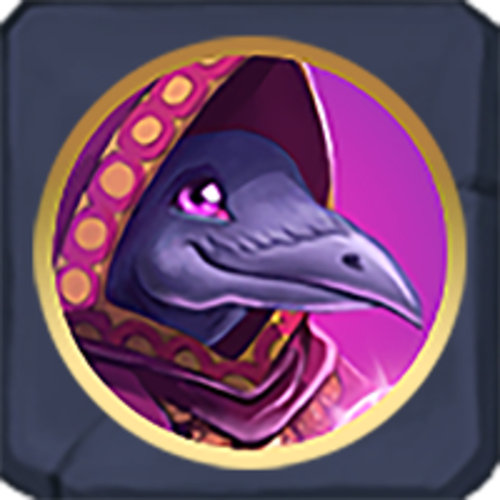 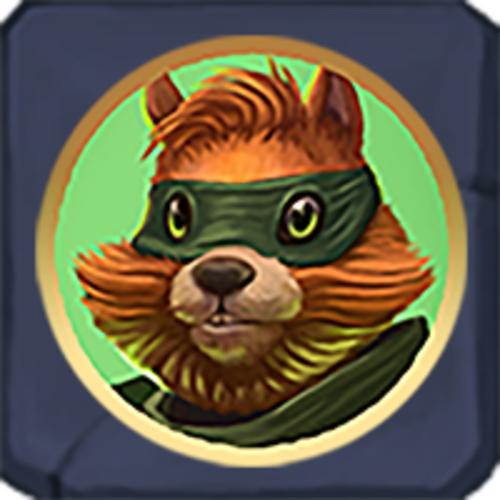 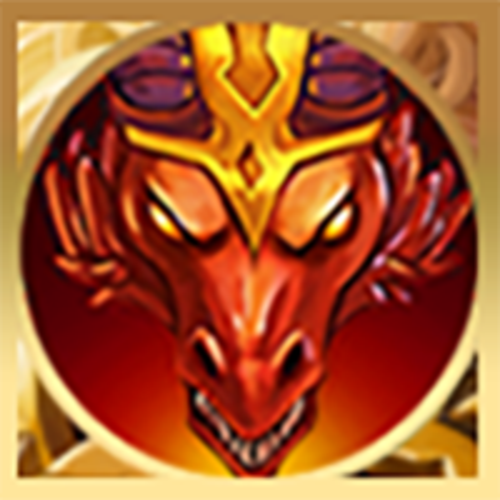 If you are familiar with Megaways series slots (licensed by Big Time Gaming) you already know how the winning combinations form. For those, who don’t – matching symbols need to appear in any position but on adjacent reels from far left.

The game layout is built with 6 reels, on which 2 to 6 symbols can appear (giving 2 to 6 rows). This is a bit different layout from the usual Megaways series, because Fantasma Games in Heroes Hunt keeps all symbols the same size, but the row count is altered with stone blocks, that can be removed randomly.

Furthermore, after a winning combination is formed, cascading reels feature removes the lucky symbols to create an additional symbol ‘avalanche’ in the same spin, which can give additional wins.

In total, Heroes Hunt slot can generate up to 46,656 paylines or ‘win-ways’, which is quite moderate compering to other Megaways slots with over 100,000 win-ways.

The game starts with a choice – the player needs to choose one of three characters to lead the game. Each character possesses the power of a certain bonus feature. Luckily, whatever character the player chooses, other two can be unlocked when the game progresses.

The Wizard is dealing with magic, of course. Its orb can blast the reels and create a 2x2 or 3x3 symbol holes on the reels, which will result in an avalanche and will give the opportunity of additional winning combinations to form. 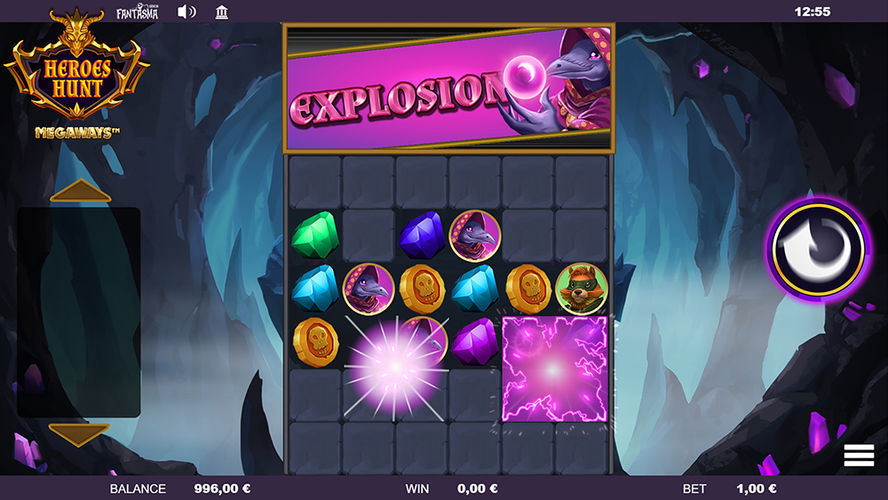 The Warrior is taking on the fight with the sword, which represents an Expanding Wild, that will completely cover the reel. Furthermore, the Wild contains a multiplier which is randomly set from 1x to 6x.

The game can also give multiple Expanding Wilds in a single spin, and together with multipliers, this base game feature can give some impressive wins.

The Archer will unleash a gale of arrows, aiming for 3-20 symbols that doesn’t take part in any winning combinations. The feature will replace the spaces with new symbols in a respin, therefore giving the possibility of additional wins. 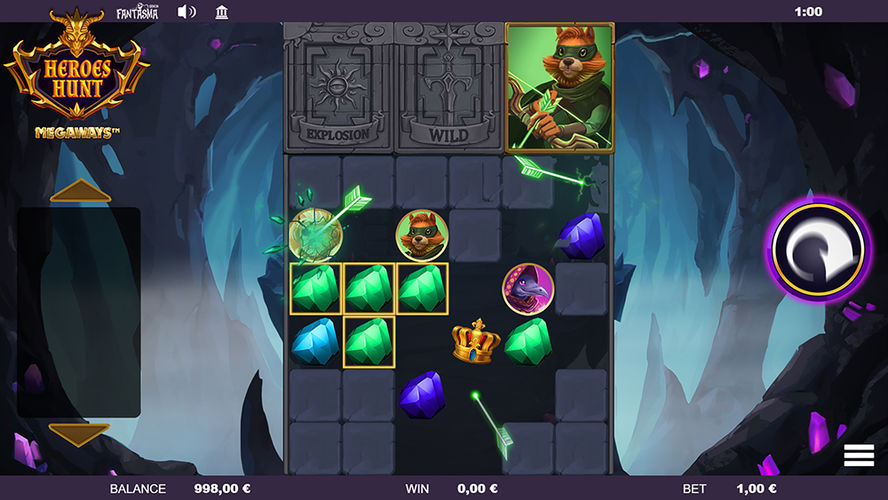 The goal of the game is to find the dragon and its hidden treasures. To face the dragon, all dukes need to assemble – when all three features are unlocked during the game, it will activate the Dragon Free Spins. 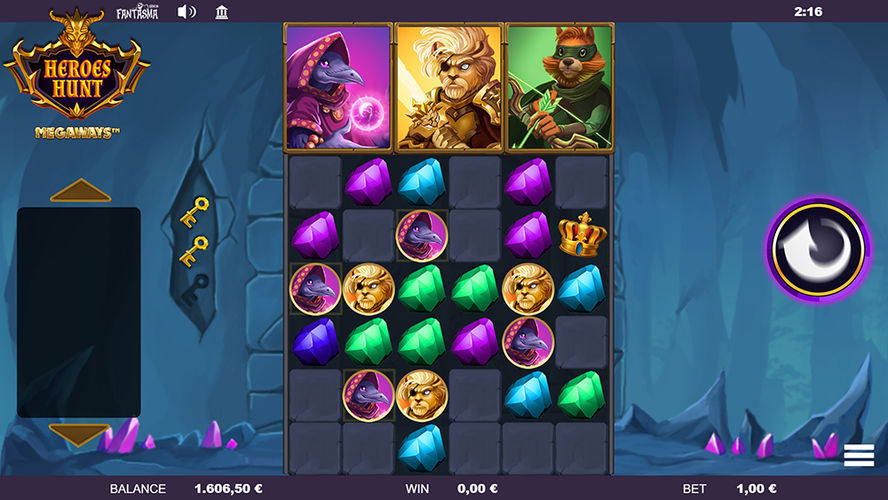 The battle with the dragon starts out with 10 Free Spins, but the amount of spins can be increased, since the feature can be retriggered.

In this feature Dragon Symbol are added to the reels – they will act as both high pay symbols and a retrigger (if the symbols is destroyed by an avalanche or one of the modifiers). 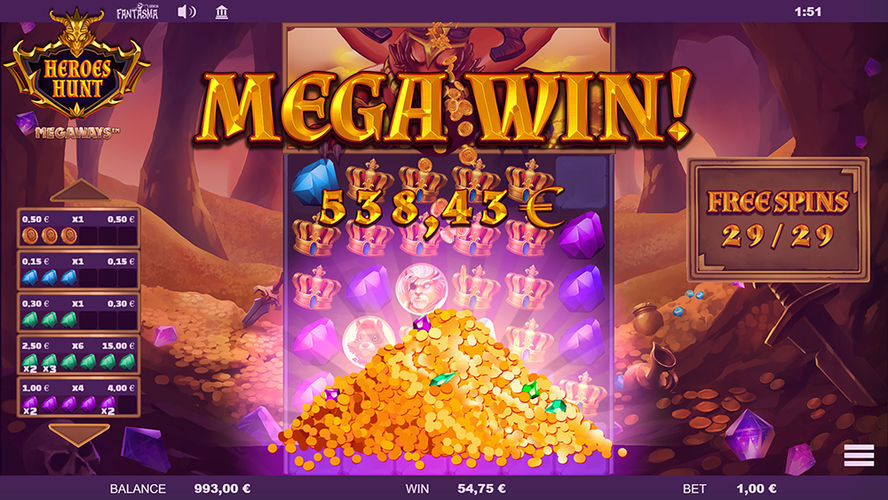 There is an additional Free Spins bonus round, which can be triggered by collecting the chest symbols. The feature will award the player with 10 non-extendable free spins and turn chest symbols into wilds, which can appear on the reels 2 to 5.

For high volatility fans, this is a very promising slot. Note that the game works on a progressing scheme – with symbol collections, base game features and free spins, the max potential is reached when bonus features work together. Nevertheless, it can give some fascinating payouts during the base game, since its filled with modifiers.

The game is fun and intriguing, the design and theme captures the feel of an adventure, hence it brings both – an appealing look and an intense gameplay.

We’ve had plenty of trips to the far east, but none quite like Fa Fa Babies. This peculiar slot invites you to a world of fortune.