Another visually stunning game from Rabacat Game Studio is coming your way – Mining Fever. Rabcat has made a word for themselves regarding their splendid game graphics. They are collaborating with Microgaming, which surely says another big thing about their reputation.

A lot of action in the main game and wild bonus rounds is what Mining Fever has to offer. Together with good-old Dwarf and mythological monster theme from the Nordics, we believe you will dig this low volatility slot.

The new slot from Rabcat is dedicated to gold mining theme – there are a few hardworking dwarfs that are seeking riches and helping the player to land some bigger wins. Before their love - Snow White - came around the dwarfs were all about gems and jewels.

Although Microgaming’s partners probably didn’t picture a part from Disney’s cartoon, the theme surely recalls the feel of it. But instead of a princess, the players will meet a monster that lives in the cave and guards the gold.

In tune of the theme, low pay symbols include stone crafted card-royals from J to A. High pay symbols are all kinds of riches from golden rings to golden chests and a crown which is the most valuable standard symbol in the game worth 25x times the initial stake for five matching symbols. 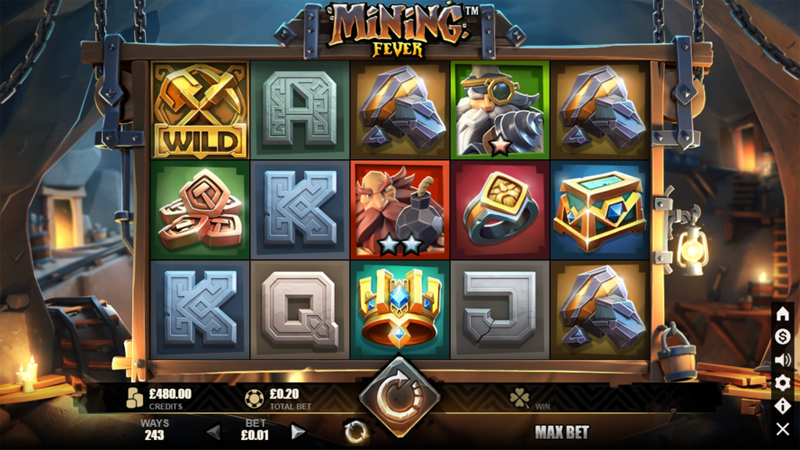 Just like the highest paying standard symbol, the game also features wild symbol which also pays 25x times the stake for 5 matching symbols on the payline. Furthermore, the wild substitutes for all standard symbols (except scatter) to help to land some additional wins.

There are three main bonus features in the base game – all associated with one of the dwarfs: Driler, Bombur and Thundar. The drawfs act as scatters and each of them triggers a specific base game feature. Land two symbols of the same dwarf anywhere on the reels and get one of the three base game modifiers.

• ‘Driler’s Dwarven Drill’ modifier –  the player receives one additional spin during which the drill bores one reel and replaces all standard symbols on the reel with wilds. 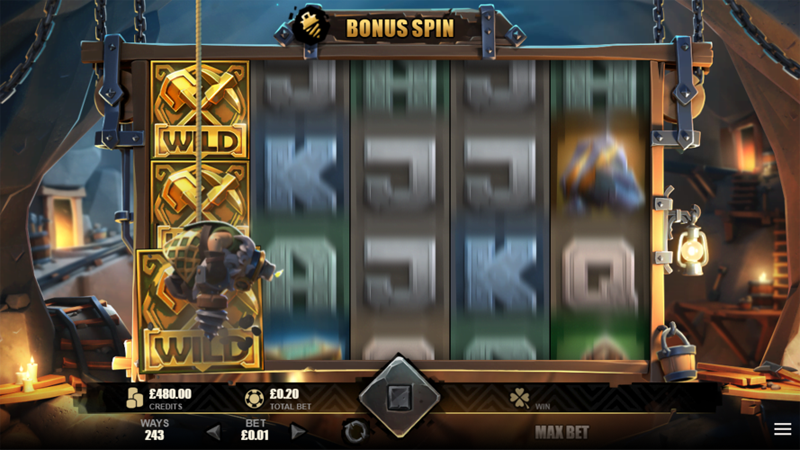 • ‘Bombur’s Dwarven Bomb’ modifier – the bomb will be placed anywhere on the reels from 2 to 4. The player receives 2 additional spins, during which the bomb acts as a wild in the first spin, but it explodes on the second to give additional wild symbols (up to 4). 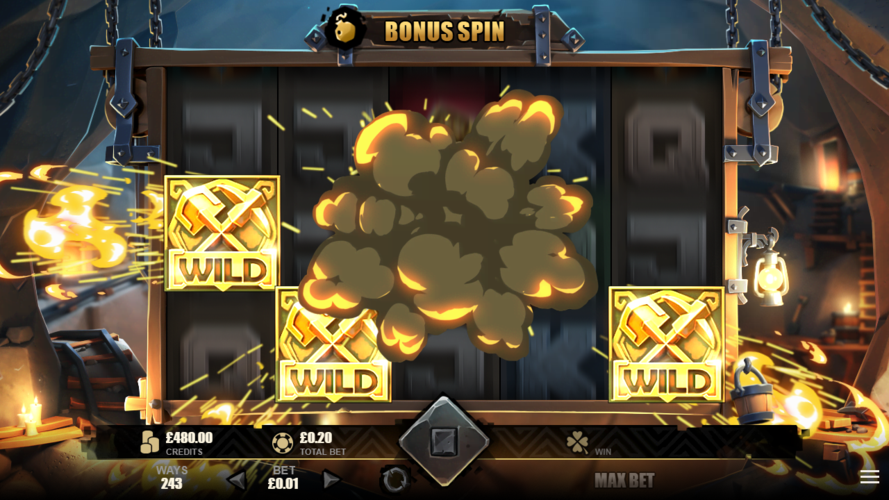 • ‘Thundar’s Dwarven Hammer’ modifier – the player will receive one additional spin during which Thundar will stack two reels with the identical symbols. 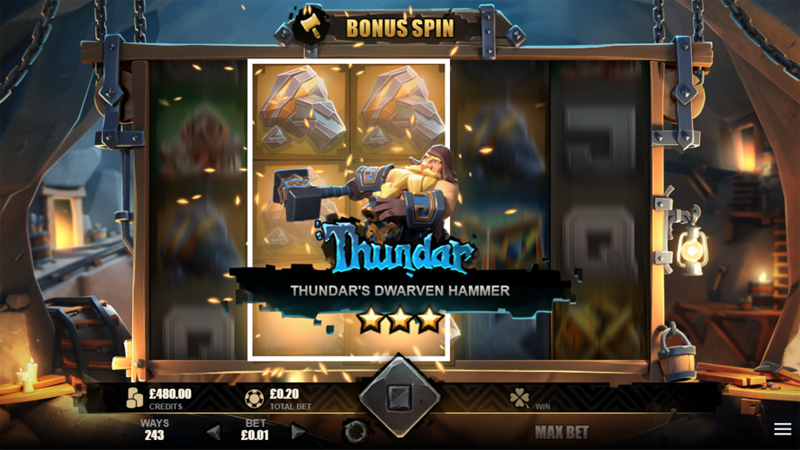 Nevertheless, if the game lands 3 scatters anywhere in the reels, the player will be taken to a bonus round.

When in bonus round, the player will be awarded with 8 free spins, which will come in combo with Dwarven Gold Train feature. The train ensures a wild symbol that starts its journey on the first reel and it moves forward to the right or up vertical during the spins.

The feature can create a trail with 3 wild symbols, and if they manage to derail from the fifth reel, the train will start off at the first reel and move while the bonus spins are active. 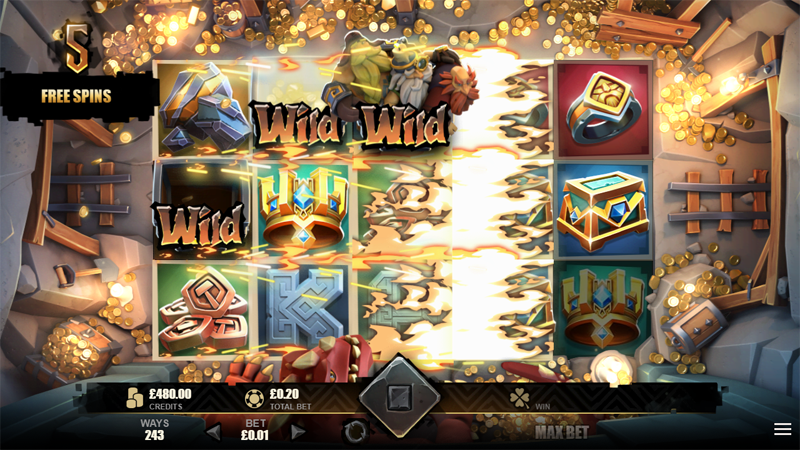 Although the game excites with great theme and excellent graphics, it’s not really clear why Rabcat created this game in low volatility. That being said, the slot will be enjoyed by gamblers who prefer smaller wins frequently instead of waiting for the massive payouts.

Of course, not all of players are aiming for the highest shelves, and there is an impressive part of occasional gamblers that enjoy more moderate action. For them, we believe this game will be very delightful!

It’s King Arthur vs Mordred and you can only pick one side, so who will it be? A slot that is capable of producing a 35,000x max win