The Gordon Ramsay Hell’s Kitchen slot was announced a long time ago, already way back in 2020, but only now we are getting realistically close to the actual release of the game. Perhaps it was a lengthy process of paperwork or it was hard to schedule a meeting with the busy Michelin star chef, but nonetheless, here we finally are. There is a small chance that you haven’t heard of Chef Gordon Ramsey, as undoubtfully he is the most famous chef in the world right now. People love his electrifying personality and his skill set when it comes to cuisine, so it is wonderful to see his persona brought to the world of slots. 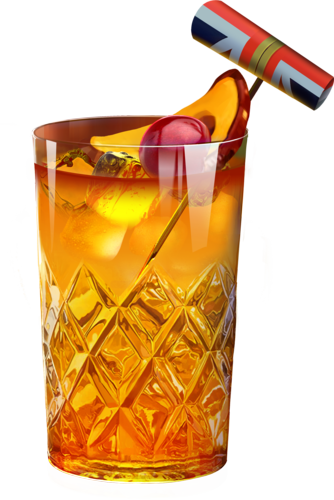 Gordon Ramsey is the leading host to many cooking TV shows. One of his top shows is called Hell’s Kitchen, this is also our setting for the theme. There have been plenty of TV show based video slots, so this is not a revolutionary thing per se, but we don’t recall anyone having such a huge celebrity as the face of their game, so NetEnt are making some big moves. Even more so, this is not some cheap attempt to slap a face of a star on your game and expect it to sell, because Gordon Ramsay has done individual voice line specifically for the game, which shows the personal involvement. There are plenty of things to cover, so let’s get cooking!

When we first heard of the slot, it was hard to tell what we are going to get. Is it going to be super intense as the Chef himself or will it solely focus on the food? The answer is both, as we get a wonderful presentation that captures the feel of the TV show and the cuisine. When you open up the game, Gordon Ramsay personally welcomes you to the Hell’s Kitchen. Five of the game reels are situated under kitchen lamps while nice upbeat music sets that TV show atmosphere. You can also hear some background noises like dishes clattering and ovens beings opened and closed. The visuals are not over the top, they provide the right amount of presentation, without being overly complicated. 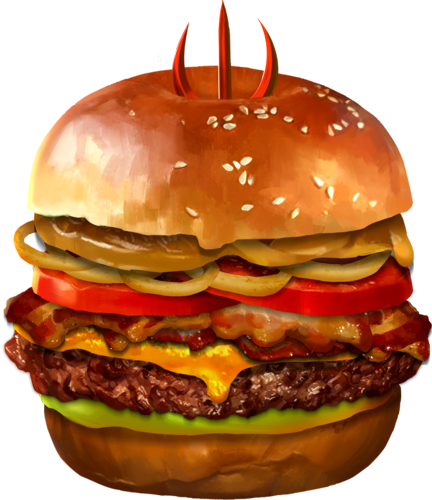 Gordon Ramsay Hell’s Kitchen comes with 8 regular symbols. Just as you’d expect, these symbols are all about the food. Four lowest value symbols are J – A, which are styled as scorching kitchen grills. Four of the high-value symbols are delicious dishes, such as caramel pudding, a cocktail, hamburger and beef wellington. The combinations are made on fixed 20 paylines. As mentioned before, if you manage to score a big win or trigger one of the features, Gordon Ramsay will provide a commentary from his side, which is a really neat little touch.

Let’s start off with appetizers and then move on to the main course. During the Hell’s Kitchen main game, Chef Ramsay can randomly decide to give you a helping hand. He is a professional after all, so we won’t deny his assistance. By throwing either pans, knives or pots, Chef Ramsay will add 5 to 7 wild symbols to the game reels in random positions. Before doing this, he also provides an amusing one-liner. This feature is called Ramsay’s Wilds and it has a fairly high hit frequency.

To earn the big bucks, you need to land 3 or 4 scatters. Gordon Ramsay’s piercing stare is the bonus symbol of the game. 3 scatters will award 10 Team Challenge Free Spins, while 4 scatters will award 15. Just like in the TV show, it’s a constant battle between the red and blue team. Before Free Spins begin, you must choose your team. Once the decision is made, the game will split into two 5x3 layouts. Below these layouts, you spot the Order Up feature. Every spin 1 to 3 dishes will appear with either a random multiplier or Wild symbol. These dishes can either be served on red or blue plates. The plate colour determinates which team receives this special symbol. 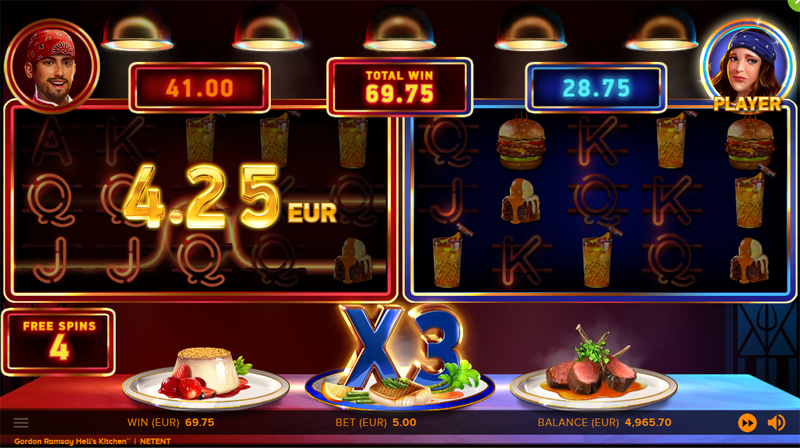 In the end, if your team manages to collect the biggest score an additional Gordon’s Bonus Game is triggered. This Gordon Ramsay Hell’s Kitchen bonus is a simple pick a card game. You are given 15 menu cards, each hidden card contains either a cash prize 2,3 or 5 times the bet, a winning multiplier of 2x or 3x or an X symbol, which is what we want to avoid. Collecting 3 of these X symbols ends the bonus game. 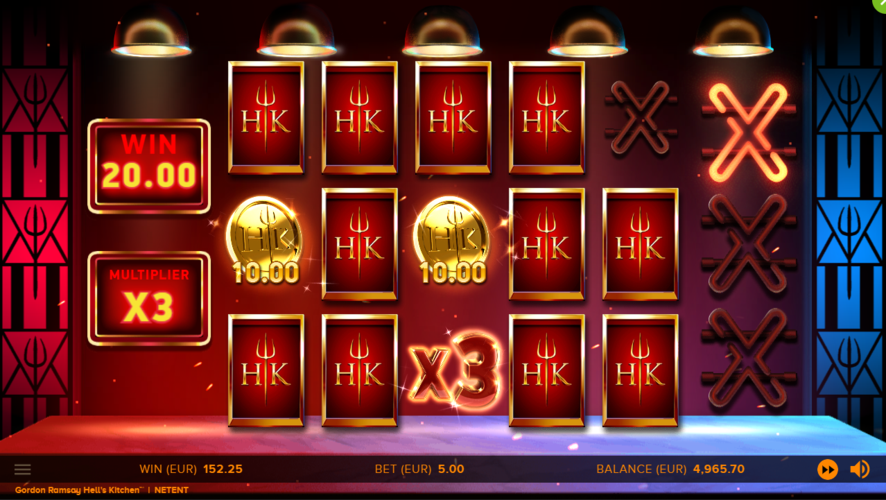 My my, where to begin? We are positively surprised about the Gordon Ramsay Hell’s Kitchen slot. To be honest, the whole idea seemed a bit strange, combining a casino game with an international Michelin star chef, but in the end, it worked out beautifully. The presentation is great, the individual audio lines from Gordon Ramsay himself is a huge plus. Perhaps, we are a bit disappointed how Gordon Ramsay Hell’s Kitchen is a low volatility slot, as it misses that intensity that chef brings in his shows, but nonetheless, it’s a fantastic game for some casual game nights. Warning, don’t play this game while hungry.

They great plunderers have landed on your shores. Will you cower in fear or will you join the warband?