Nolimit City are a bunch of bold guys. They don’t sit in the office coming up with some regular ideas. They prefer to experiment a bit and go slightly out of boundaries. We just got accustomed to San Quentin slot but we haven’t moved far from general street idea, as East Coast vs West Coast graces our screens. No offence, but you probably have been living under a rock if you haven’t heard the constant ongoing feud between the East and West coast of US. Nowadays, of course, things aren’t so heated as they used to be back in the ’80s and ’90s when the Hip Hop genre was blooming.

East Coast vs West Coast is obviously all about the hip hop. This is reflected in the soundtrack and visuals. To some extent, the game highly reminds of Punk Rocker. Perhaps it’s due to the style of symbols. As always, Nolimit City doesn’t like to mess around with petty payouts. East Coast vs West Coast is another high potential slot that is looking to attract all the fortune seekers. And rightfully so, as the max win is 30,618x. That definitely will turn some heads. Time to find out which side are you truly on.

You know how the typical Hip Hop style goes. Heavy graffiti influence mixed with a lot of bling and swag (apologies in advance for the use of this word). Probably the biggest mood setter is the background music, which obviously is a classical Hip Hop/Jazz type of beat. On the right side, you see the East Coast, which portrays the skyscraper-filled city of New York, while the left West Coast side portrays the sunny LA. It’s also a contrast between red and blue, which could be based on blood and crips gangs. East Coast vs West Coast slot uses a 5 Reel x 3 Row layout. Overall the visuals aren’t revolutionary, but they are unique and vibrant. Old school rap heads will enjoy this one for sure. 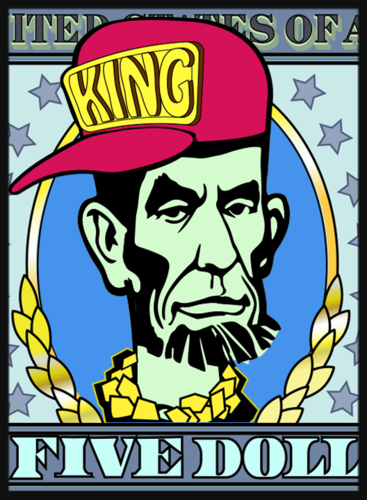 East Coast vs West Coast is another xWays slot. By default, there are 243 paylines which can boost up to 84,375. The game offers 15 different symbols. We got 5 low paying symbols of 10-A. These are styled as graffiti on a brick wall. High paying symbols definitely get the most attention. Starting from the lowest we get a boombox and pitbull. After those follow 3 very established gentlemen, who have received a more theme fitting remake. These are Mr Washington, Mr Lincoln and Mr Franklin. All these prominent figures can also be seen on dollar bills, so that’s the influence behind the idea.

By Nolimit City’s own words, volatility on East Coast vs West Coast is extreme. This statement is a bit of an overkill, as we get the high 10/10 volatility, which we have seen before. The max potential for this slot is 30,618x, which compared to some other modern titles is really high, but then again, San Quentin gave us 150,000x which is about 5 times more. East Coast vs West Coast RTP is almost a dead-on standard – 96.04%. Nolimit City offers this slot on all devices. The bet range of 0.20 - 100 should cover most of the betting strategies.

East Coast vs West Coast is loaded with all kinds of different features and mechanisms. To be fair, we don’t remember the last time we received a game so full of content. Let’s start with some simple ones and move on with more complex features. As usual, we a wild symbol which substitutes all the regular symbols.

Road to bonus features requires 3 bonus symbols. If you manage to land just two, then the game will trigger the Drive-by Respin. It provides one spin with a single enhancer. Enhancers are modifiers that provide some neat features, which can improve your chance of scoring some hip wins.

• xWays – these are symbols that can take any new symbol form except wild and bonus. It can be 2 or 3 symbols which then expand on the reel.
• xNudge Wilds – this is a wild symbol that stacks 3 rows high. This symbol also will always nudge until fully visible. Each nudge movement adds a +1x multiplier. These multipliers can add up with each other.
• Multipliers – symbols will multiply and create additional wins. Multipliers can also multiply with each other
• Linked Reels – Two or more reels will get connected, providing identical symbol sets.
• Infectious xWays – One active xWays symbol will infect all other symbols of the same type, expanding on the reel to the same size

Once you trigger the bonus, you will get to choose between both sides. East Coast Spins award 8 or 10 Free Spins for 3 or 4 bonus symbols. During this bonus, Infectious xWays are guaranteed on every spin. Above the reels, you will spot a bar which lets you know which reel will feature the enhancer. During East Coast Spins two leftmost reels won’t land the enhancers.

On the West Coast Spins, you get a chance to land xWays, xNudge Wilds, Multipliers and Linked Reels. This time two rightmost reels can’t land an enhancer. This restriction can be removed by landing a scatter symbols, which adds 2 extra spins and unlocks one of the locked position. 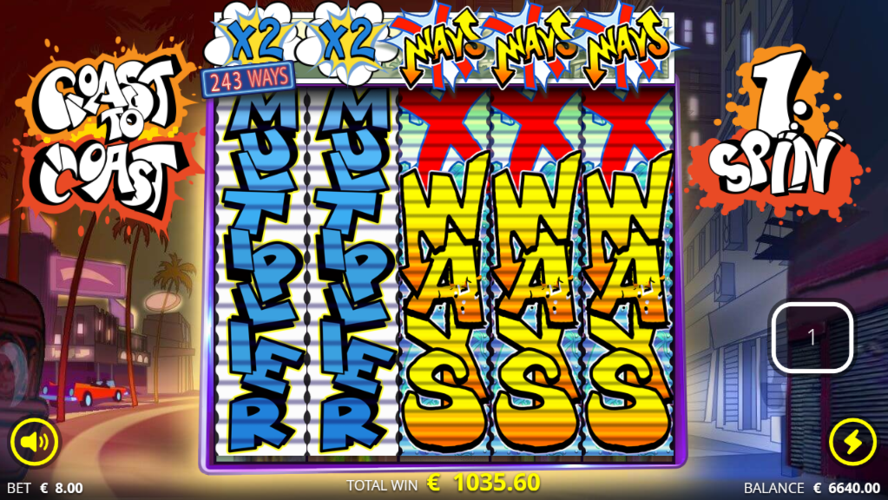 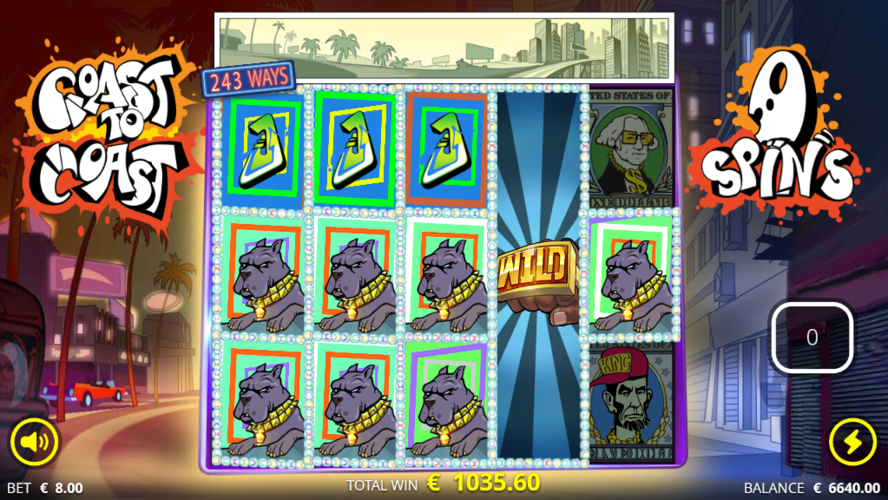 With San Quentin as the first game of the year, we already thought that Nolimit City started their year will full steam ahead. Seems like they didn’t drop the ball as East Coast vs West Coast is another banger. The presentation is truly magnificent, it portrays the Hip Hop genre so well. It even includes a bunch of real-life elements, such as winning screen texts which are different names or lyrics of Hip Hop songs, such as Gin and Juice by Snoop Dogg. East Coast vs West Coast slot is loaded with different bonus features, which ensures hours and hours of entertainment. As we mentioned, the max potential is not as big as San Quentin, but it’s still a mighty payout, all things considered.

Phoenix Town is ruled by a corrupt mayor and his snarly wife. Only Phoenix Wild may save everyone and get you your wins