We’ve had Sunny Fruits, but how about a Super version? If that’s what you want, then that is what you will get. Playson are bringing in a remake called Super Sunny Fruits: Hold and Win. This is another slot which is a part of the Funky Fruits Bundle. It also features the highly recognizable Hold and Win mechanism, which Playson have been using very often.

Super Sunny Fruits: Hold and Win comes with all the previous features, plus the Super Sun Bonus which can additionally boost up your balance. This fruity goodness comes with the signature game layout and all the juicy symbols. Just as before, Super Sunny Fruits offers players a couple of Jackpots, and we know that everyone loves jackpots.

Where to Find Playson Casino Games?

The original Sunny Fruits gave us the silent treatment, as there was no background music. On Super Sunny Fruits we get a little funky music, which at least adds some liveliness to the game. Visually, both games are pretty much identical, Playson have decided to keep the original look, which wasn’t that bad in the first place, for a fruit slot that is. We got 8 of our previous fruit symbols all with the same values. These symbols are combined on 10 fixed paylines. Super Sunny Fruits uses the default 5x3 game layout. The wild symbol is the flaming chilli, so try to land those as much as possible. 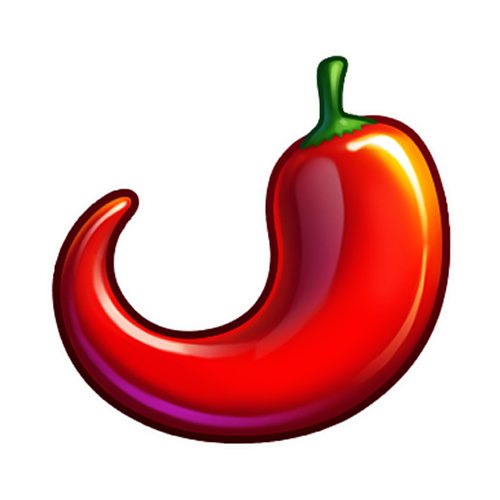 Payout stats are very similar but not identical. Volatility has stayed medium-high, but the RTP for Super Sunny Fruits is a bit better. We now got 95.70% opposed to the previous 95.05%. Both RTP’s are on the low side, but this is quite common with the fruit slots. We are not going to lie, we are slightly disappointed that the max win hasn’t been bumped up a bit more. It still floats around that 1,000x mark, with a chance to go little over, but that’s about it. Bets can be placed from 0.10 – 100 EUR/GBP. Super Sunny Fruits slot can be played on all devices.

What simply was know before as Bonus Game is now called the Sun Bonus, but essentially it’s the same bonus feature. Super Sunny Fruits Sun Bonus is triggered by 6 or more sun symbols, which all come with different values. These sun symbols will stick to the reels while the empty spots can be filled up by new ones. You are granted 3 Respins, which are reset with every new Sun symbol. The new improvement that we see on Super Sunny Fruits is the Super Sun Bonus. This isn’t necessarily a bonus on its own, it’s a new special symbol that can appear only during the Sun Bonus game. When dropped, this Super Sun symbol collects all the visible Sun symbol values and adds them to its own value. Some Sun symbols come with a Mini or Major Jackpot, which is 20x and 50x respectively. If you fill up all 15 cells, then you get the Grand Jackpot prize of 1000x. 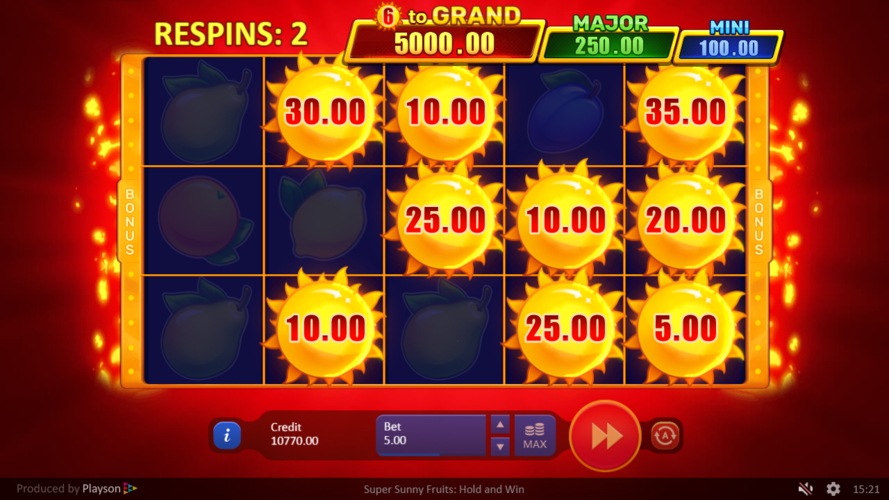 Super Sunny Fruits pretty much comes with one major improvement, which is the Super Sun Bonus. Other than that, the game has received some minor changes, like the improved RTP and the addition of background music. It seems a bit unnecessary, but they did make Sunny Fruits a bit better, so we can’t really complain. For fruit machine enthusiasts, Super Sunny Fruits: Hold and Win will be a great game to enjoy.

Lucha Libre is coming to town! Enjoy the Mexican festivities and grab a 40,000x win along the way. Let the Luchador wrestling begin!