A new joint project from Microgaming and Triple Edge Studios has produced a slot about the glamourous and risky life of an agent. Join our charming hero Luna in her upcoming treacherous endeavours. Assassin Moon is another slot that uses the land-based mechanic called HyperHold. We’ve previously seen this feature on such titles as Book of Oz, so it seems obvious that Triple Edge Studios are looking to further build on this.

Luna is a woman on a mission, she will only stop when all her goals are accomplished and it is your chance now to join the alluring lass. Assassin Moon is packed with some very attractive bonus features. It’s a slot that has the classical casino feel to it, almost reminiscing the scenes of James Bond, although now we have a female lead character. But let’s see if Assassin Moon has got something more than just a pretty face.

It’s a picturesque scene of Monte Carlo, a place which is famous for its luxurious lifestyle and casinos. The panorama is unnaturally pink but in a good way. We can see lion statues, cypress trees and a beautiful coastline of French Riviera. The gameplay is occasionally narrated by a woman voice-over, which tries to add some more flavour to the Assassin Moon slot, but in reality, it comes off a bit awkward. The music and the sound effects create the generic agent/detective thriller atmosphere. Triple Edge Studios tend to have slots with appealing main characters and they went down the same road with Assassin Moon.

The luxurious Monte Carlo lifestyle rubs off on Assassin Moon symbols as well. Low symbols are golden trimmed J-A while high paying symbols are crosshair, Luna’s sports car, cocktail glass and dice. Additionally to these Assassin Moon symbols, we have the scatter and the wild symbol. We also have moon symbols which come with different values and jackpots. These are also sometimes called money symbols and they are seen on such slots like Wolf Gold. Assassin Moon has 25 paylines.

Espionage business doesn’t come cheap, so you already should know that Assassin Moon involves some serious money. Rightfully so, as a max win can reach up to 12,500x. Combinations can be made on 25 paylines, while slots’ RTP is 96.08%, which is just on that average mark. Assassin Moon’s explosive nature comes with a high volatility setting. The frequency of wins, otherwise known as hit rate is quite decent too, being 30.33%, which pretty much means a guaranteed win with every third spin. This Monte Carlo business can be taken care of with bet ranging from 0.10 to 20.

Assassin Moon is filled with many features. The headlines are made by HyperHold, but the rest of the features shouldn’t be left in shadows. If you’re not familiar with HyperHold then don’t worry, as we will provide a quick explanation. This featured is triggered by 6 moon symbols. After that, you are awarded with 3 spins. Rest of the symbols are removed and only new moon symbols are being dropped, additionally to previous 6. For every new moon symbol, the spin counter resets back to 3. Assassin Moon also comes with Jackpot symbols. Mini, Minor and Major Jackpot awards 50x, 150x and 750x respectively. HyperHold bonus game ends after all the reels are filled or when you run out of spins. Mega Jackpot of 5000x is awarded if all the reels are stacked with Moon symbols. 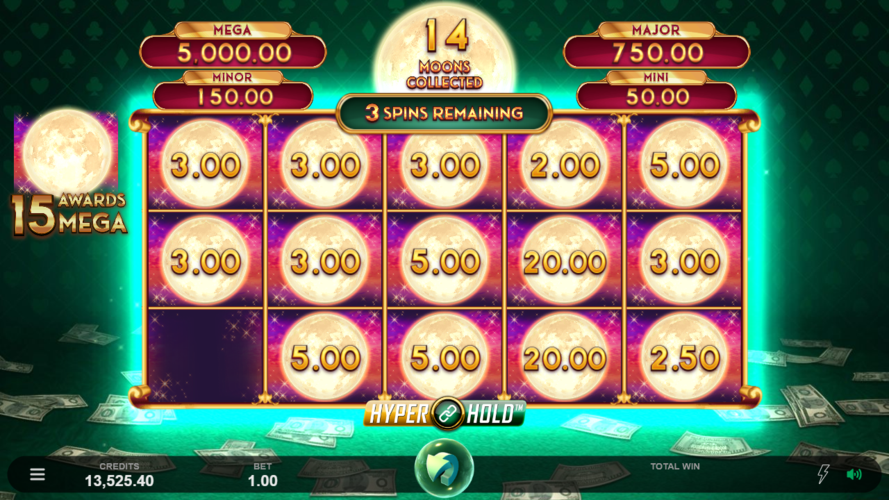 For an increased chance to score HyperHold, you can go with the Win Booster. This Assassin Moon feature adds an extra moon symbol to the reels increasing the chance to score the main feature. This is a “but”, as your bet increases by 2.5x. To balance this out, RTP increases to 96.33%. 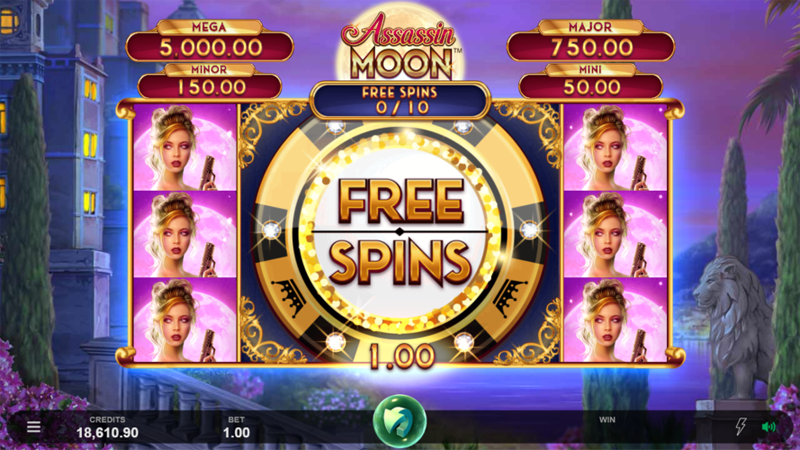 Free Spins are triggered by 3 scatters which land on reels 2,3 and 4. This Assassin Moon feature revolves around the Jumbo Blocks. This is a huge 3x3 symbol that lands on the 3 middle reels. This Jumbo Block can also be huge scatter which awards extra 10 Free Spins. These Free Spins have an equal if not greater chance than HyperHold to score you some big wins. 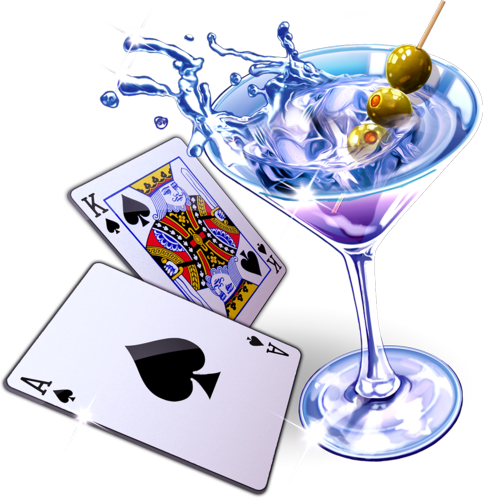 Assassin Moon mostly comes with positives, although there are some minor hiccups. The whole presentation is pretty as a picture, but it’s also a bit awkward, especially with all the voice-overs. The bonus features are good, but definitely far from being original, as we have previously seen these features from Pragmatic, most notably on slots like Wolf Gold and Mustang Gold. But other then that, Assassin Moon is a good slot, if you don’t mind the unusual theme and Pragmatic style bonus features.

Wazdan are inviting us to the Far East. Find your fortune in this jackpot-filled game. Tranquility and peace for those who play.

What’s scarier than an avalanche? Monster Superlanche, of course, and it’s brought to you by no other than Pragmatic Play