If you’re familiar with Thunderkick then you will know that they are fond of making series and sequels. Their famous Beat the Beast series came to an end with the release of Griffin’s Gold, so now the focus has been set on the franchise know as Crystal Quest. Our hero Gemma once again returns in her quest for shiny things. Crystal Quest Arcane Tower is the second instalment in the series. We may have a new location, but there’s a strong feeling of déjà vu, as both releases are quite similar, for better or for worse. 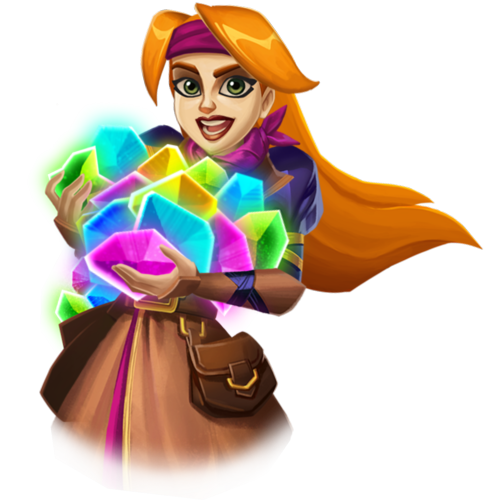 For those who enjoyed the Deep Jungle, Crystal Quest: Arcane Tower will provide an equally gripping experience with a new look. The slot has stayed as rewarding as always with a very neat 15,000x max payout. We also see the return of Avalanche feature and the Progressive Multiplier which has no limits. The land of Arcane Tower is filled with magic and sorcery, reveal the epic treasures that hide beneath.

Crystal Quest: Arcane Tower is full of colours. You have your gleaming gems, the purple aurora and candles that create that wizardry atmosphere. As before, Arcane Tower uses the 6 reel 4 rows layout. The symbols come down from the top as stone slabs, falling in place one after another, with a nice, heavy and satisfying thud. We do believe that this new look is slightly better than the jungle one we got previously, but in general, both games share a strong resemblance. 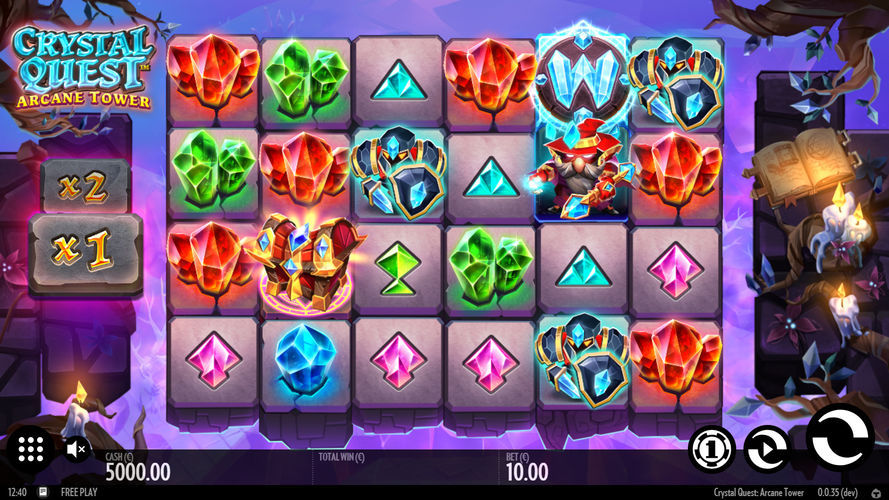 Crystal Quest: Arcane Tower slot comes with 4,096 paylines, which is exactly the same as before. All symbols, which are part of a winning combination disappear and then get replaced by new ones. This is commonly known as the tumble mechanism, but here it is branded as Avalanche feature. The feature is active for as long as new wins are coming in. After each Avalanche, the win multiplier increases by one, the multiplier can be seen on the left side.

Crystal Quest series is mainly focused on the shiny gems, which the main protagonist Gemma is trying to acquire. This is also why 9 out of 11 game symbols are glossy gemstones which come in different colours. The last two Arcane Tower symbols is a warrior and a wizard, both sporting and equipment made out of these precious stones. Crystal Quest: Arcane Tower also features the wild symbol, which replaces all other symbols, except the scatter.

Comparing payouts with Deep Jungle, pretty much nothing has been changed on Arcane Tower. The only stat that has seen some change is the RTP, which now is 96.17% opposed to previous 96.14%. Perhaps, it for the best that things have stayed the same, as the Crystal Quest 15,000x max payout is always desirable. Arcane Tower is a high volatility slot so don’t always expect some easy pickings. To help guide Gemma trough the journey, you will have to decide the best betting strategy. Bet range on Crystal Quest: Arcane Tower is 0.10 – 10.

Crystal Quest: Arcane Tower provides plenty of features to make the game invigorating. We already covered the Avalanche feature, but there are two more that we need to take a look at. One of the Arcane Tower base game features is the Linked Reels feature. Its function is quite simple, on the initial spin up to 6 reels can become completely identical. This happens by a random chance. 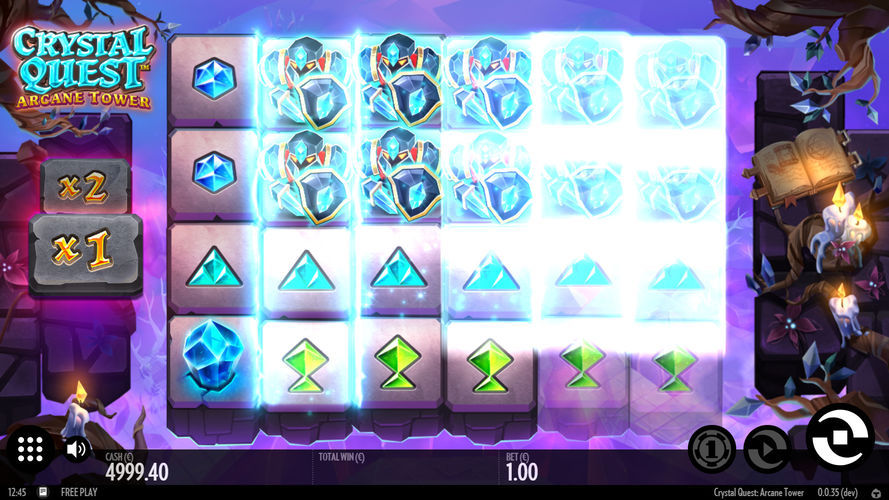 Scatter symbol on Crystal Quest: Arcane Tower is an odd-looking chest. We need to get 3 of them to progress to Bonus game which starts off with 12 Free spins. Any additional scatter awards 3 extra spins, but during the bonus game, you will need 2 scatters to get additional 3, as one scatter grants only 2 extra spins. During the Arcane Tower bonus, the winning multiplier doesn’t reset between spins. Also, once there are no new wins, all wilds will explode removing all other symbols, this is called the Wild Explosion. 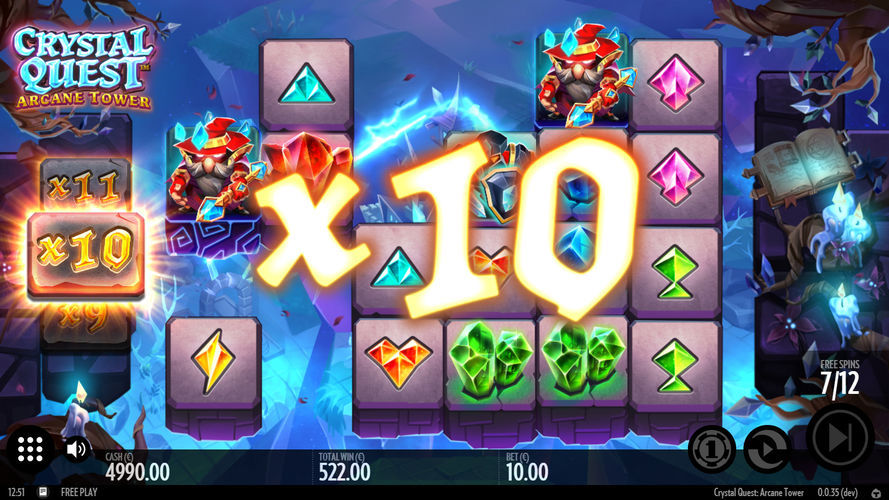 This is the tricky part. Both Crystal Quest games are great but they are both very similar, the difference between these games is marginal. We think that Arcane Tower is just a slightly better slot, so on it’s own we are looking at a great game. The problem is, that for a sequel you expect some major improvements, but quite frankly we haven’t seen any. The visuals are nicer, but in general, we are looking at the same game. If you have to choose from both of them, you might as well go with Crystal Quest: Arcane Tower, as this slot is prettier to look at and the RTP is faintly better.