Play for money at Betflip Casino

The finale of Beat the Beast series is here. Our last boss battle is against the Griffin, who is the guardian of desired treasures. Beat the Beast: Griffins Gold is the fifth instalment in the popular Thunderkick series. The general style between these slots is 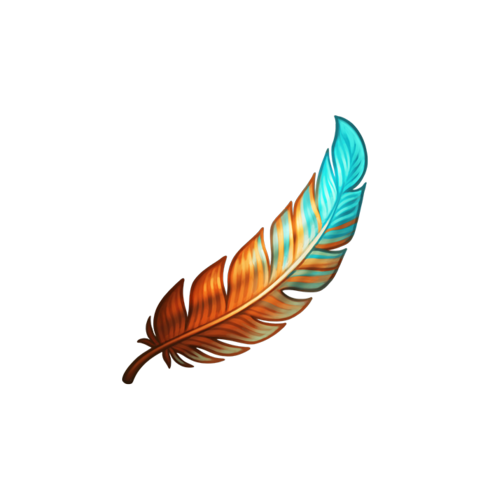 similar, but every new release brings in a fresh theme with a new adventure. The max win has stayed as desirable as always, bringing in a soaring 22,222x payout.

The legendary Griffin is half eagle half lion and it has always been seen as a majestic and powerful creature. The Griffin was also especially popular in Ancient Greece, this is where the game takes place it seems. Time to find out, if Beat the Beast: Griffin’s Gold is a worthy finale or will it put the Beat the Beast name to shame. Griffin’s Gold still uses that signature Beat the Beast tune, which we hear throughout all the series. Of course, every time the music is slightly adjusted to fit the overall theme and location. This time Thunderkick have gone with a Mediterranean style of presentation. Could we actually take the time and appreciate, how wonderful of an idea it was to have a one common theme song, which is then altered depending on the setting. Beat the Beast: Griffin’s Gold also has that classic look that all these games share, a big framed layout which stands in front of an inspiring background. 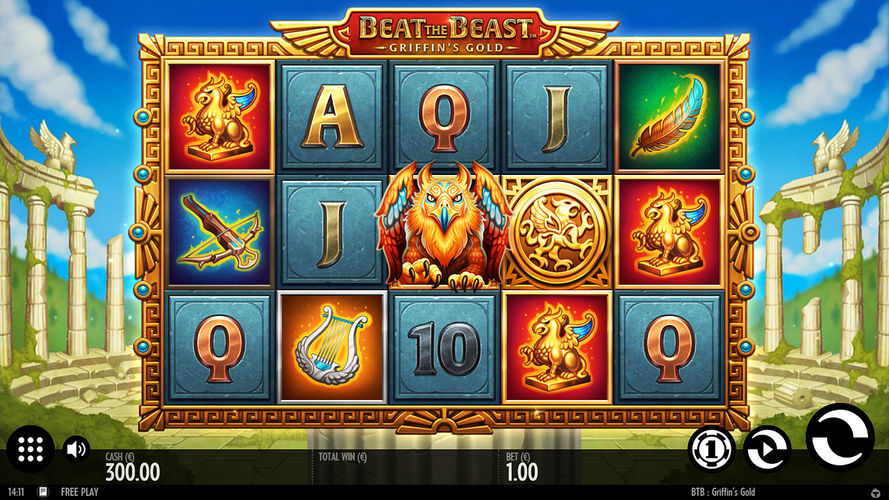 The same idea can be regarded to symbols. Beat the Beast: Griffin’s Gold shares a resemblance with all the predecessors, but again, these symbols are adapted to display the current theme. A mix of royals and high symbols make up 10 regulars in total. Naturally, the Griffin takes the top paying spot on Beat the Beast: Griffin’s Gold. Fellow high paying symbols like statue, lyre, feather and crossbow only require 2 symbols to create a winning combination, opposed to 3, which is the requirement for the low ones. Griffin Emblem is the scatter and the main game wild symbol, paying 200x for a 5 of a kind combo.

We’ve been using this phrase quite often, but also all Beat the Beast games share similar payouts. Pretty much the only significant change between these games is the max win potential, which for the finale is the biggest one.  Max payout for Griffin’s Gold is 22,222x, which is over 3 times more than Kraken’s Lair, the previous record holder. Beat the Beast is an intense series, so all the slots are highly volatile. The RTP always floats around that 96 point something part, for Griffin’s Gold the RTP is 96.14%. Paylines are 9 again and the bet range is 0.10 – 100. You will be able to experience Beat the Beast: Griffin’s Gold on any type of device.

These Beat the Beast games don’t come loaded with a bunch of features. They are all focused on a single bonus feature, which portrays the beast that we need to beat. On Beat the Beast: Griffin’s Gold 3 Griffin Emblems trigger the Bonus Game, which awards 10 Free Spins. 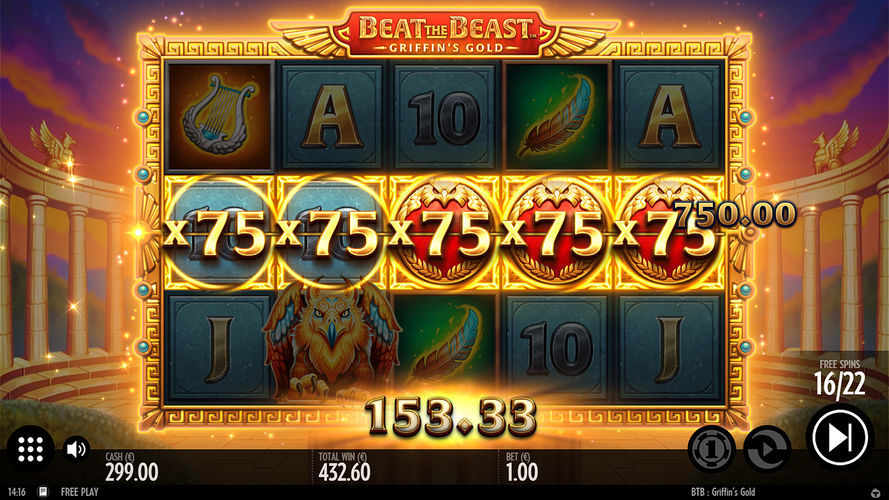 During the bonus game, there is a roaming wild symbol, which does what you would expect, roam around the reels, creating additional wins along the way. This wild will stay on the screen for the duration of the feature. Also, for every new win you score, the game will award +1 Free Spin and the value of the wild multiplier will increase by one. This multiplier can go up to 5x. If you manage to get additional wilds, then the multiplier can go up to 125x per spin, as these wilds can multiply each other. This mechanism can be compared to the one used by Push Gaming on slots like Fat Santa and Jammin’ Jars. 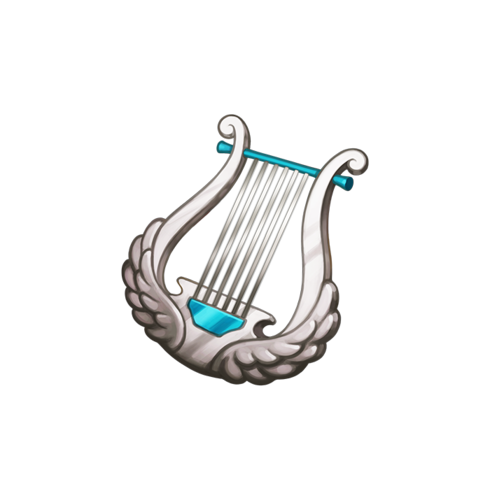 Griffin’s Gold is a great ending to the wonderful Beat the Beast series. It’s a shame that this journey has come to an end, but it’s probably for the best, as more new slots would just milk the series dry. Perhaps, Griffin is not really the most intimidating final boss, but it is the richest one, as a payout of 22,222x beats anything that has come before. Although enjoyable, the series did get a bit redundant at some points, as the shared appearance and style of the game doesn’t leave you with anything particularly new. Now that all beasts have been slain, we are excited to see what kind of series Thunderkick will come up next.