Ancient Egypt has had many pharaohs, but perhaps none so mighty as Ramses II. We’ve stumbled across his tomb and the curiosity is just unbearable, so we grab our trusty torch and head on inside. To our doom, the place is still haunted by the old pharaoh's mummy, so we must now do our best to escape and hopefully grab some treasure along the way. All this action in the latest Relax Gaming instalment – Ramses Revenge.

By now we are somewhat used to Relax Gaming slot visual style. Ramses Revenge is similar to Marching Legions slot, as the characters are styled the same, and the game layout is viewed from the sky perspective. Ramses Revenge might seem like a cute little slot, but behind it hides a true beast in a good and bad way. Naturally, main eye focus falls on the max win, which is a spectacular 49,996x, but the means of getting it are not easy, as you will need to go through thick and thin to come anywhere close to the ancient treasure.

Ramses Revenge has gone for a clear cartoony look, which might not be too favourable to more conservative players. It’s a slightly strange overall presentation, as the visual looks are so playful, but the music is almost menacing, but it works together well. Ramses Revenge uses a bigger layout than usual, also the pay lines have been increased to 4,096. Winning combinations are made from three adjacent symbols starting from the leftmost reel. These sorts of games tend to feel over clustered, but this 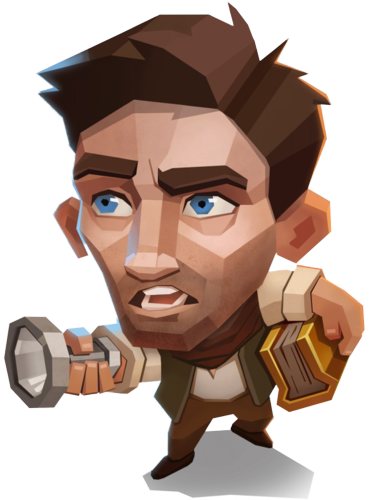 cannot be said about Ramses Revenge.

Symbols on Ramses Revenge are quite nice, although nothing too special. Including wild and scatter, in total there are 11 symbols. Low symbols are portrayed as hieroglyphs, on the other hand, high paying symbols are statues or busts of different animal deities. There is also a Mystery symbol which is a stone slab with a scarab on it. All Ramses Revenge symbols are fully 3D, as they are viewed from an upside left facing angle. The wild symbol is the mummy of Ramses while Scatter is the explorer, which in this case, you can imagine as yourself.

Now we can come back to the previous statement about Ramses Revenge hiding a beast behind all the playful charade. You can call Ramses Revenge a high-risk high reward slot, because the high volatility can make the game go on some dreadfully dry periods, however, when the luck starts to shift your way, you will be surprised with the payouts that you will find. Rightfully so, the max win is an enormous 49,996x payout. Combine this with the max bet of 20 and you can cash out almost a million. Ramses Revenge RTP is 96.15%. which brings no negative comments from our side.

If you’ve made it through the tomb this far, then it is time to be awarded. Ramses Revenge Free Spins should do the trick as a good win with these is almost guaranteed. Before we find winning ways, 2 or more explorer symbols need to be landed anywhere on the reels to trigger 6 free spins. At the start of the bonus game, mummy wilds will appear in the positions where the scatters were located. These Ramses Revenge mummies will stay in the place until they make a move for another explorer. Landing additional explorers grant a +1 spin and an increased multiplier by 1. 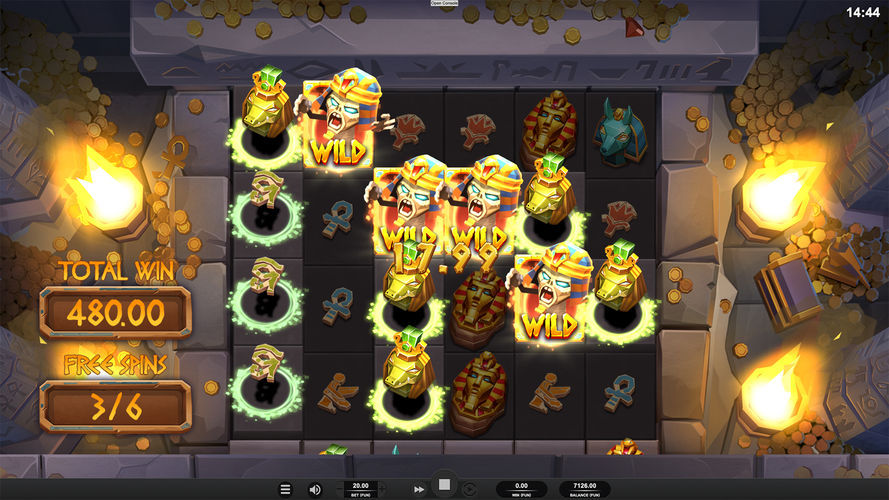 There is also a feature that can be triggered during the Ramses Revenge main game by a random chance, this is the Mystery Sandstorm feature. The storm comes in 2-6 possible waves, where 1-4 mystery symbols are added per wave. These scarab mystery symbols then reveal themselves, all presenting the same type of symbol. 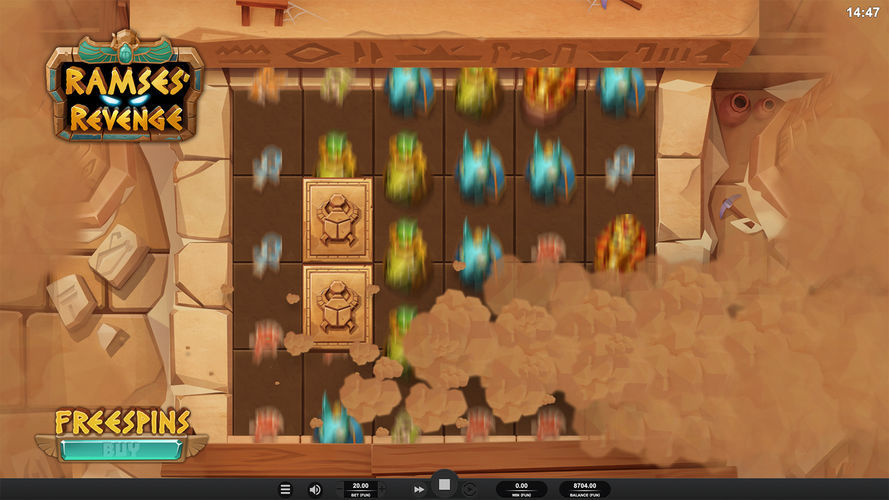 Game with an added eagle theme. Win Eagle is a premium Swintt slot, that is highly inspired by classic land-based casino fruit machines