Time for a little history lesson, Reel King was originally made by Barcrest, a UK company that has been in the business for more than 50 years. Back in the old days, all the slot machines were only found in local pubs or gambling houses. If you are a player from the UK, there is a big chance that you have stumbled upon Reel King slot before. Later on, the license was bought out by Novomatic and the slot was remade into an online version by subsidiary Astra Group. Slots machines by Barcrest were especially prominent in the UK region, that is why Novomatic took a notice of this.

Now the torch has been passed on to Red Tiger, as they have yet again remade the famous slot, rebranding it as Reel King Mega. This slot essentially keeps the game just as it was, so don’t expect any flashy visuals or elaborate bonus features, this is as old school as it gets. For good or ill, Red Tiger also have decided to keep most of the original Reel King payouts, this, of course, solidifies the authenticity, but it also can raise problems for the newer generation of players. As to why it is a problem, we’ll get into to that in a bit.

We’ve made clear that design is carefully following the style of the predecessor. If we compare it to the release of Novomatic, there are few additional visual changes. First off, the background has been completely stripped away, instead of the lacklustre, blue fleur-de-lis wallpaper we have a new red picture with added 3D golden coins. Not that this background is much better, but it does feel a bit fresher. Symbols on Reel King Mega have kept the original image. The reels come with an added blue tint, but that about it. The spin sound also has been kept, so this might bring back some memories for some you. All in all, Reel King Mega does a fine job paying a tribute to the ’’OG’’ slot, but the visuals wither, when compared to the newest releases. 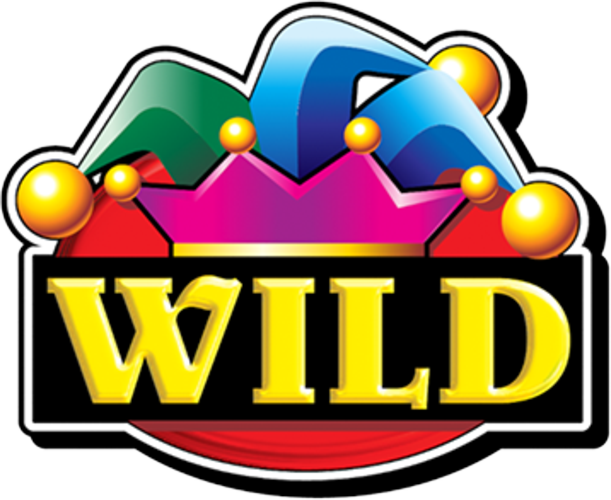 Reel King Mega payouts stand out, but possibly for all the wrong reasons. Apart from the regular 5 Reel 20 line game layout, Reel King Mega comes with low volatility. Low is also the slot’s max payout, which is a measly 500x. Add to that a 95.12% RTP and you have a game that struggles to keep up with most popular modern-day titles. Take into consideration, that these kind of stats were somewhat of a standard at the peak time of Reel King, so it would also be unfair to pin Reel King Mega head to head with the latest video slots.

Not necessarily a feature on its own, but a good game addition nonetheless is the Super Symbols. Any regular game symbol or even a wild can appear in a bigger 2x2 size. This makes the Reel King Mega playing field feel a bit more lively.

One of the real Reel King Mega bonuses is the King’s Crown feature. This is a random game feature that can trigger itself on any spin. Once it does, the crown above the logo randomly bounces around the screen, swapping regular symbols for wilds. On average, about 2 symbols will be converted, but it can be less or more than that.

The main bonus game is the Reel King feature. To get it, you need to land 5 highlighted yellow reels. This is a very interesting way to trigger a feature, and in a way, we kind of like that. The action commences when up to five kings appear on the screen. The more kings you get, the bigger the possible payout, so try not to end up with just one. These kings then will hold a single reel slot machine in their hands, making several consecutive spins. Idea is to match 3 symbols, just like on the primitive slot machines. This feature will be active until a losing spin occurs. 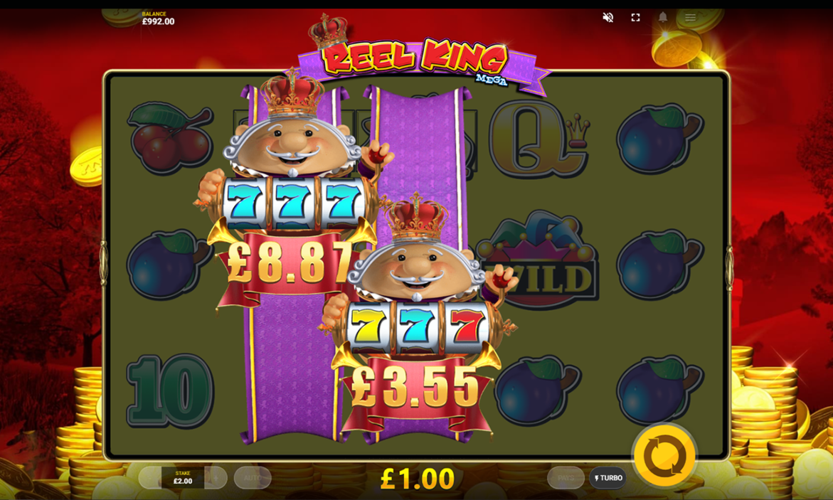 For the most part, Reel King Mega is driven purely on nostalgia. This slot will appeal to a small market, mostly players from the UK, who’ve also been around the casino scene for a good while. It is obvious that Reel King Mega doesn’t strive to be the next blockbuster move from Red Tiger, it simply breathes in second life to a historical slot, that left a big impact on the modern video slots. Reel King Mega won’t excite a lot of new players, but for those who’ve experienced the Reel King firsthand, this tribute will be a warm reminded of the good old times.