Triple Cherry is handing out invitations to their new electrifying concert, where sounds of crowd and guitars will rock the night away. Thunder Rock is a highly anticipated slot that brings in a lot of heat and excitement.  To this date, this five reeler is arguably the most ambitious title from the Triple Cherry Studios, so naturally, it piques our curiosity.

Thunder Rock might be a turning point project for the studio, but it is important to inspect how does it compare to the rest of the similarly themed slots that we have on the current market. Without further ado, let’s jump straight into this one.

Where to Play Thunder Rock?

Comparing Thunder Rock to some previous titles from Triple Cherry, it is quite obvious there has been a significant improvement in the graphical department. Of course, these are not the most impressive visual effects we’ve seen, but, with this rate of improvement, Triple Cherry is heading in the right direction. Thunder Rock is all about hard rock - the action takes place in the middle of a concert, so a crowd of fans is making the atmosphere more lively. The slot is using a pretty generic guitar riff as background music. It tends to become a bit repetitive, so some players might decide to stick with the mute button. On its own, Thunder Rock slot runs well, so from a technical standpoint, there are no real flaws to point out. 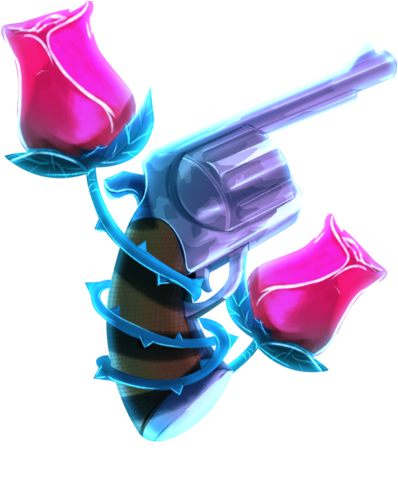 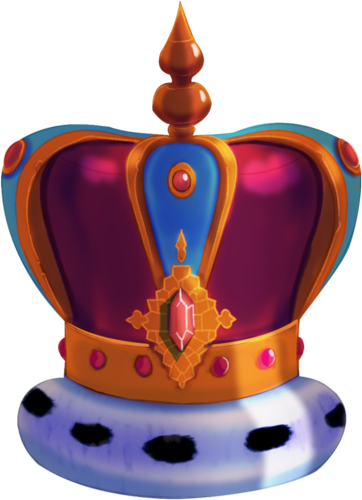 The game features 8 regular symbols, each coming with a unique style and finish. As always, we are glad to see providers using new symbols for each of their new titles, instead of recycling good old royals.  The lowest two symbols are sunglasses and a skeleton hand. More valuable symbols, for example, are a vest, an anarchy sign, a gun with roses (we got the reference), and a crown, which is the highest paying symbol of them all. The wild symbol is the word 'Rock', and it pays 40x for a full line.

This part is still a bit blurry, as providers have not yet confirmed the max possible payout on the Thunder Rock slot. But based on our testing session, we can say that Thunder Rock does not shy away from paying out some good wins. The hit rate is specified as 38.73%, and the main bonus feature is not that hard to get too. The RTP of 95.26% might not be the most perfect, but it’s not far from the average, so no direct blame falls on to it. Standard layout comes with standard 25 paylines, which is arguably the most popular format. Triple Cherry has rated volatility 7/10, so that puts it in a medium-high range. 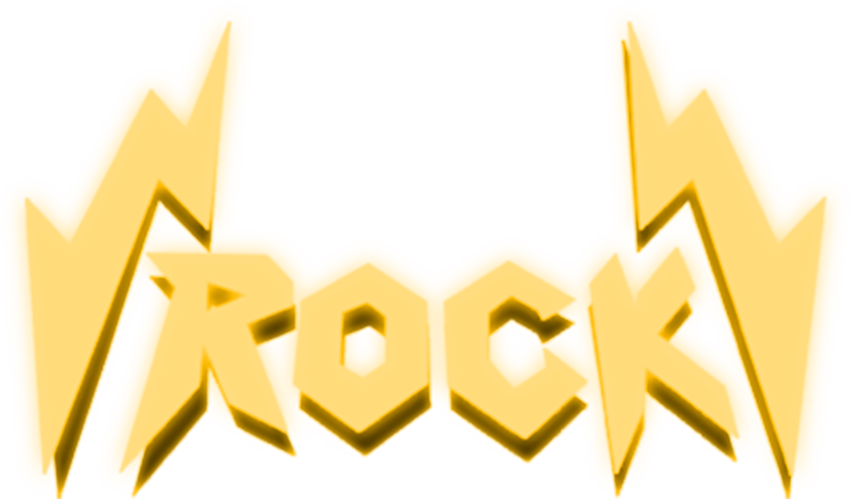 Before we get into the main Bonus feature, which takes a form of Free Spins, there is an additional feature that can even be as valuable as the main prize. This progressive Thunder Rock Respin feature can happen at any random point during the main game. Every four symbol win you get triggers a respin, and one of the lights above illuminates. Each consecutive win lights up the stage lights further until you reach the Rock letters. Once that is done, wild symbols get locked in and stay there as long as you keep scoring new additional spins.

Thunder Rock Scatter/Bonus symbols replicate a contract. To trigger the Bonus game, the player needs to get 3 of them. Instead of just dishing out few free spins, slot comes with a neat mini-game, which is going to determine how many free spins you will actually get. There are 5 types of contracts available, each adding either 1, 2, 3, 5, or 10 free spins. You get 3 chances to sign contracts, so, for example, you could land +1 three times and end up with just 3 total Free Spins, or you can land +10 three times and get 30 Free Spins. During the Thunder Rock Free Spins, Wild symbols appear much more frequently. 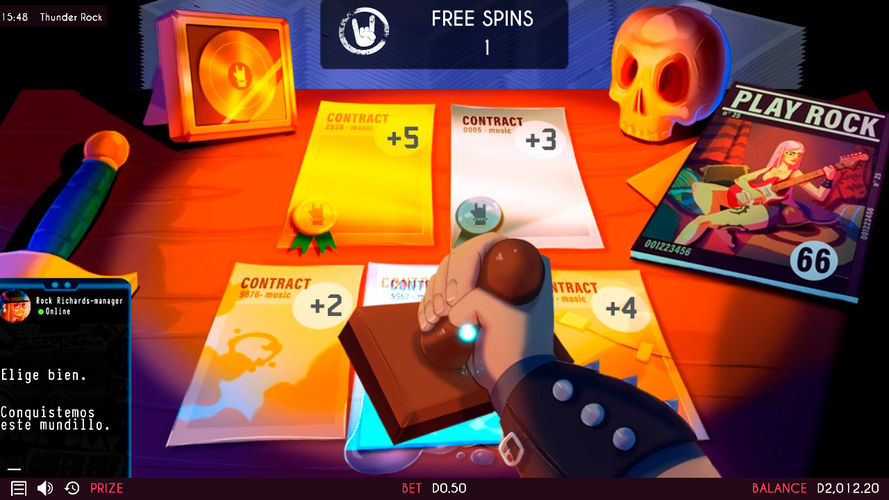 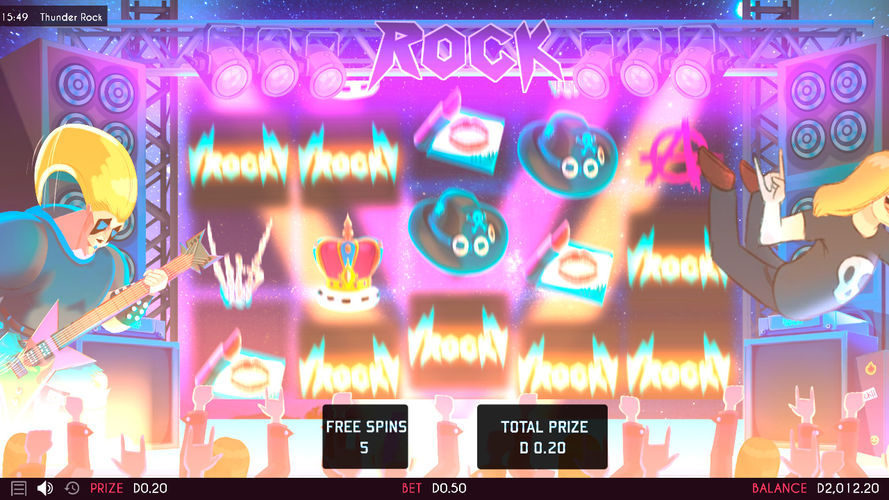 Triple Cherry is a relatively new studio, being established in 2018. So, you could say that they are still just trying to set their mark in the big casino world. With their latest release Thunder Rock, they are definitely moving in the right direction, as this slot is bringing in some top-class gameplay and bonus features. With Thunder Rock being a successful title, we are excited to see what the future brings for this studio.