Play Riddle Reels: A Case of Riches DEMO for free 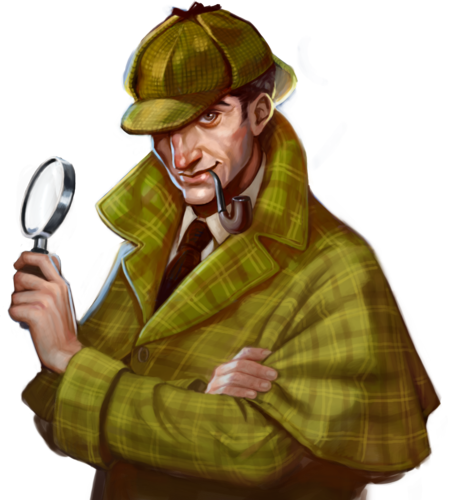 Riddle Reels: A Case of Riches is the latest detective drama from Play’n GO. This slot is based on the world-famous detective Sherlock Holmes, who will be helping us to solve the most notorious cases. Coming in with a lot of features, Riddle Reels seems like a promising proposition from the renowned provider.

With the 3 x 3 game layout, Riddle Reels comes as a reimagined version of the classic UK pub fruit machine game. We’ve seen some successful attempts to merge the new and old world together, but there also have been slots that fall flat on the ground. Riddle Reels comes with a lot of anticipation, so hopefully, it can provide the necessary winning package.

The classic 3x3 Riddle Reels game layout puts some limitations on how versatile the slot can be. Most notably, of course, we see the nine (9) fixed paylines, which is a fruit slot standard. It is a subjective opinion, as some newer generation gamblers tend to pass up on these types of games. 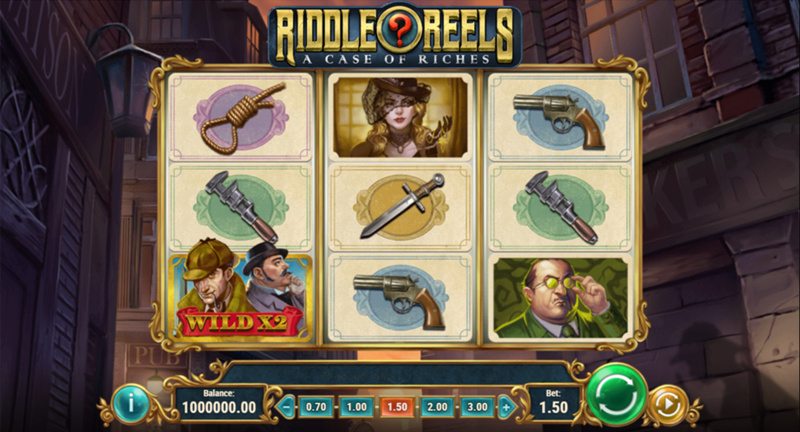 From first sight, Riddle Reels is a well-looking slot, quite simple, yes, but the simplicity is well executed. Amusingly enough, the Riddle Reels soundtrack reminded us of the music from the older Harry Potter movies - both take place around London, so it’s not too far-fetched. Play’n GO has decided to go with a cartoon-like look. So, graphically Riddle Reels is not too complicated, which is understandable, as it going for that classical look as opposed to complex 3D effects.

If you are familiar with the story of Sherlock Holmes, then perhaps some of the symbols on Riddle Reels are already familiar to you. There are 8 regular symbols on Riddle Reels separated into two sections – weapons and suspects. Weapons are low paying symbols, and they are a gun, a knife, a wrench, and a rope. Our high paying suspects are Irene Adler, Charles Augustus Milverton, Eugenia Ronder, and Professor Moriarty. For once, we are glad to see the absence of classical royals, as it removes that repetitiveness of the video slots in general.

To the state the obvious once more, 3 Reel, 3 Row fruit machine layout ensures 9 fixed paylines. In other words, on Riddle Reels, you can make 9 different winning combinations. It is very far from what megaways offer, but that doesn’t mean that Riddle Reels doesn’t pay. Quite the opposite, max payout goes up to 5,000x – the strong potential for sure. RTP is an orderly 96.22%, and the volatility is medium. In general, it means the players can make winning combinations with ease. Last but not least, the bet range follows the standard Play’n GO procedure being 0.10 - 100 EUR.

It’s quite interesting how tables turn when the main game is compared to the bonus game. Before we get into it, let us see another additional bonus feature, which is going to help us solve the case of Riddle Reels faster.

The main objective is to score 3 Scatters, but if you only land 2 of them, don’t be too upset as 2 Scatters trigger a re-spin on the reel that doesn’t have a Scatter. It gives the player a chance to land a third Scatter symbol, but if it doesn’t happen, then the Riddle Reels Mystery Feature gets triggered. The existing Scatter symbols will duplicate themselves and cover the whole reel, which they are on. These Scatters will then reveal themselves as a suspect or a weapon. 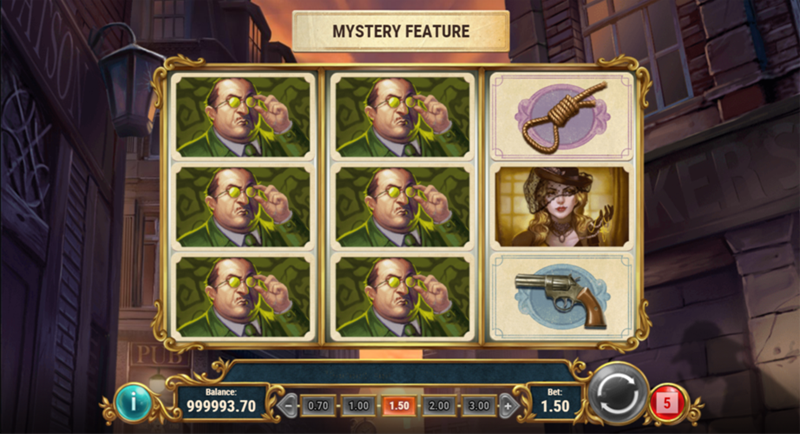 If player do manage to get 3 Scatters straight away or with the help of re-spin, then he claims the Riddle Reels main prize – Case of Riches Bonus Feature. Instead of Free Spins, players get 4 dice rolls. Each dice roll makes punter trigger a clue. These clues come with different additions, like an added wild reel or an added weapon symbol. When the player has made a winning combination, the Clue Points Wheel fills up. 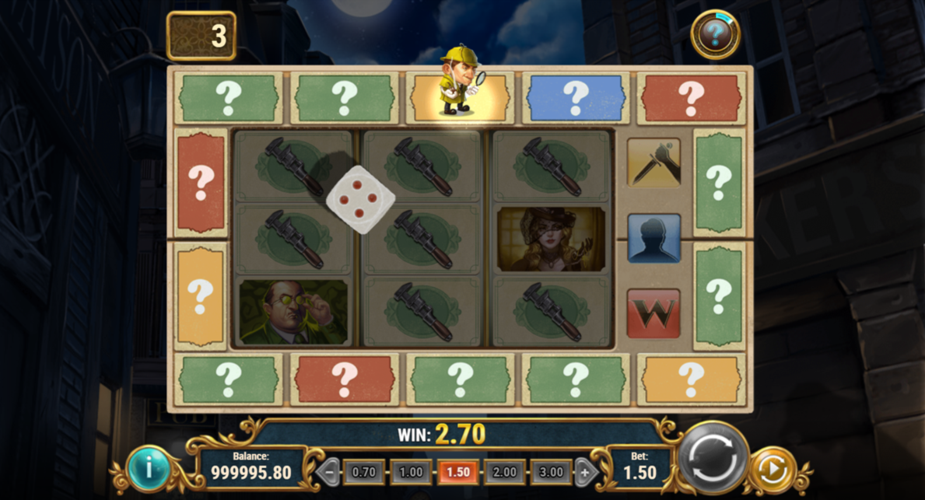 Once you’ve run out of all the dice rolls, the wheel starts to turn, and if it stops on the filled up part, the Mega Spin gets activated. Mega Spin locks a full reel wild in the middle with side reels being covered in a random single symbol. The better symbol you get, the higher is the Mega Spin payout. If you don’t manage to land the Riddle Reels Mega Spin, then the feature ends, but if you do, then after the spin, 4 more dice rolls are awarded. 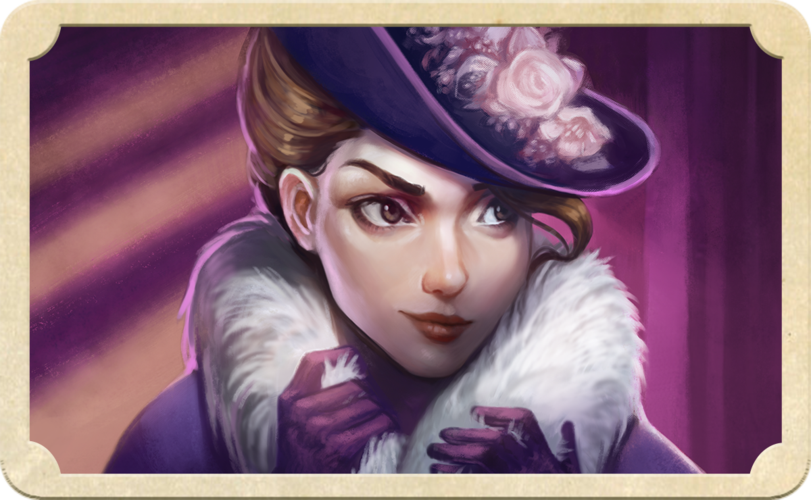 Riddle Reels is definitely something out of the ordinary - it’s a pretty well-made mix between the old school fruit machine and new generation video slots. Presentation-wise Riddle Reels come with no real complexity, but its simple old London city vibe is wonderful. Bonus Features can be quite a time consuming, but, in a way, that brings an additional layer of entertainment. Play’n GO has managed to cook up another solid slot, we are excited to see what’s next.

Last Chance Saloon brings in a Wild West setting with cool additional features. Have your last drink before the journey