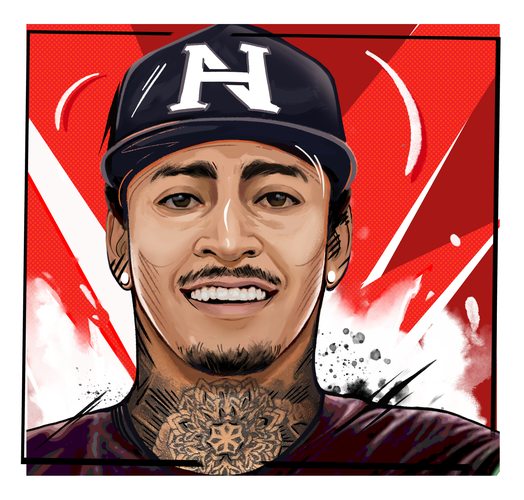 If hearing words kickflip, rail grind, and ollie, make your eyes light up, then, finally, there is a game for the board fans. Nyjah Huston – Skate for Gold by the Play'n GO is doing new tricks in the casino world. Even if you don’t follow the skateboarding scene, there is a big chance you have heard of Tony Hawk. To simply put it, Nyjah Huston is the modern-day counterpart. Quite fittingly, Nyjah is also the highest-earning skater in the history of the sport, so we have to see if his slot can make us earners too.

By the look of it, Nyjah Huston – Skate for Gold is a simple 5 x 3 layout slot, but just like in skating, this game has few gnarly tricks up its sleeve. The bonus features are unique, and it fits the theme beautifully. Just like in those old skateboarding video games, also here long trick combinations award you with more points, or in this case, a higher multiplier. Without further ado, let’s get thrashin’.

Nyjah Huston – Skate for Gold takes place in the city where Nyjah himself comes from - to be more precise, we are skating in the Venice Beach Skatepark. Players are engulfed in the sunny California weather with some punk rock playing in the background, so far, the immersion is spot on.

The core 5 x 3 layout makes it feel like a typical Play’n GO slot, for better or worse. We could argue that the Nyjah Huston – Skate for Gold slot looks a bit rushed, as the visuals are quite static and, although they look good, they are pretty simple at the same time. From a technical standpoint, the slot runs sturdy on its four wheels without any obstacles in the way.

Big props to Nyjah Huston – Skate for Gold for having a complete set of distinctive symbols, opposed to using regular royals, this gives the game a character. These symbols also serve a higher purpose, as they are not there just to fill in empty spots, but more on that once we cover bonus features.

With the regular layout comes regular paylines, which on Nyjah Huston – Skate for Gold are 10. Volatility is rated 4/10 by Play’n GO, so this slot doesn’t aim to be a big hitter, although the 5000x max payout may make you feel a bit different. The RTP is not so bad too, a well above average 96.20%. After all that is said and done, you still need to decide how big you want to play: bet choice is 0.10 – 100eur.

This slot probably won’t be one of Play’n GO’s bigshots, but for more relaxing evenings, when the high volatility seems too harsh, Nyjah Huston – Skate for Gold is a golden choice for entertainment. 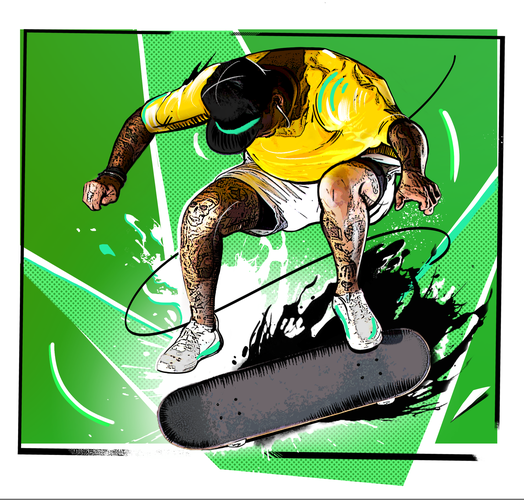 As we said, symbols play a bigger role, as they may lead you straight to bonus features. First, of these features on Nyjah Huston – Skate for Gold is the Tricks feature. On any random main game spin, a Combo Meter might appear. This meter will then show a specific trick or combination of tricks, which the corresponding symbol you need to land.

If you complete the combo, then you are awarded a Wildboard Re-Spin. This feature re-spins the reels with an added 2 Wilds and a single Expanded Wild. The Expanded Wild comes with an additional multiplier, which can vary from 2x to 10x. 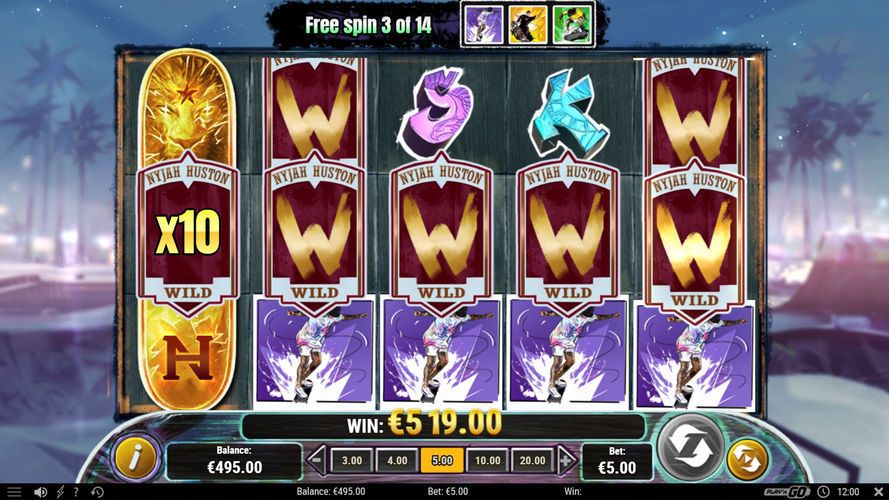 Out of the ordinary, on Nyjah Huston – Skate for Gold, you can win Free Spins for landing S-K-A-T-E symbols, not scatters. The arrangement of reels is important as it needs to spell the word SKATE, but the position on the rows doesn’t matter.

In the real world, it’s also called the Game of Skate, and it works the same way as the more known game of H.O.R.S.E. At first, you receive 12 Free Spins, but there is a chance to get more spins by completing combos. To make it easier to do, Combo Meter is always active. Each combo made grants an additional 2 Free Spins. 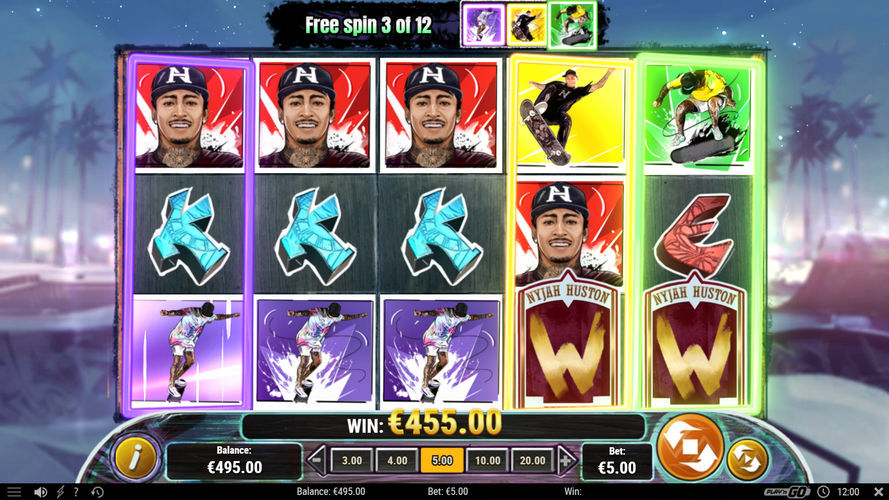 Opinions on Nyjah Huston – Skate for Gold might be biased by the player’s outlook on skating in general. There aren’t a lot of good skateboard-themed slots around, so one released by a big provider as Play’n GO will make the die-hard skaters happy. Stat-wise, it’s a very solid slot, with good, original core mechanics. It might not be the flashiest and most well-animated slot, but we still believe that it is a good addition to the online casino world.

One of the first 2023 releases for Pragmatic Play. Take a trip to a tropical land in this wonderful Wild Wild Riches sequel