Play Hammer of Vulcan for free

Mighty Roman God Vulcan is banging his hammer right under the Mount Etna volcano. Every thump and eruption is the result of his scorching forge firing up. Hammer of Vulcan is not for the weak as this hot new slot from Quickspin brings in a pack of searing bonus features. Do you have what it takes to be under Vulcan’s grace?

Hammer of Vulcan comes with an extended 6 x 4 game layout which in return comes along with 4096 winlines. As you could imagine, inside of a volcano is a hot place, so the slot visuals are all about the scorching flames. Hammer of Vulcan layout stands on a big anvil which is occasionally pounded by the massive hammer. Hammer of Vulcan is one of the most volatile and intense releases of this year's October.

Hammer of Vulcan’s is a real blacksmith’s slot. It’s hot, intense and strong-willed, properties that every ancient metal worker needed to have. Hammer of Vulcan presentation is very unique. The background soundtrack sets a very serious and dark tone, which makes the already volatile slot feel even harsher. It is a beautifully crafted slot, the animations and visuals are masterful.

Continuing with the wonderful graphics, four lowest symbols on Hammer of Vulcan are the K, Q, X, J. Tier above we have symbols that are inspired by the Ancient Roman Mythology, like a War Helmet, a Battle Shield, Shortsword, a Statue Bust and some Calipers. The bonus symbol is the Mount Etna Volcano. Hammer of Vulcan has an intense visual presentation, which represents the God Vulcan well. 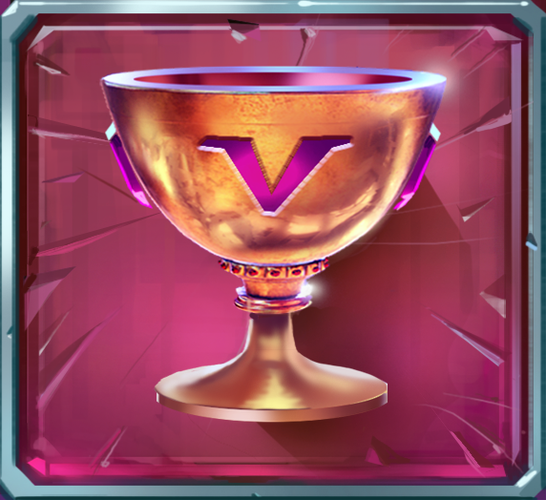 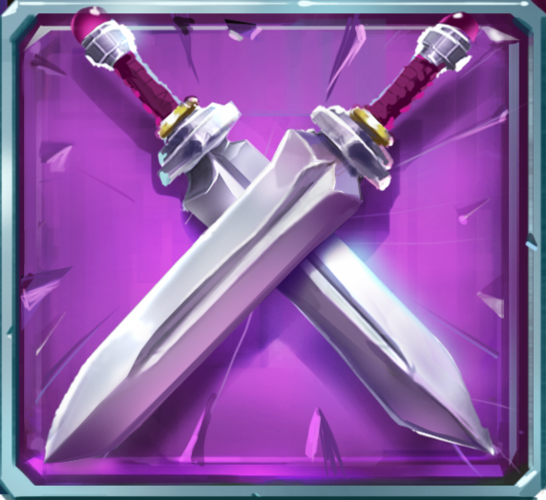 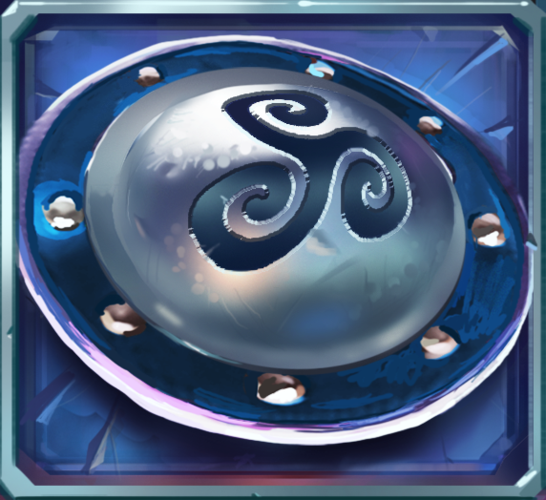 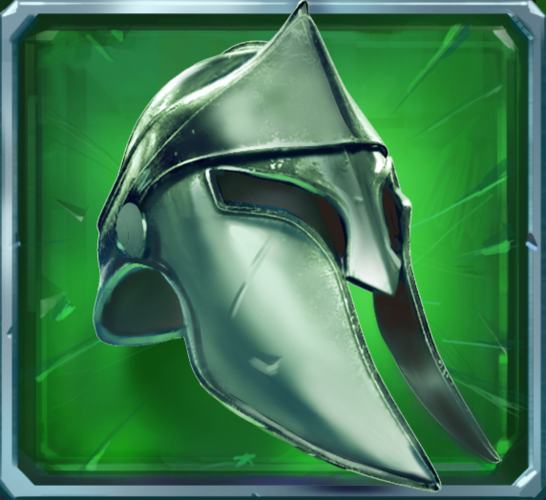 Work by the anvil is not for weak, it’s a tough job, but if done right, very profitable as well. That’s why Hammer of Vulcan strives to reward the players most handsomely. The max win potential is 20,000x, which makes you understand, that Hammer of Vulcan isn’t a child’s play. Hammer of Vulcan 95.81% RTP is not the most generous we’ve seen, but it’s not a bad one too. Bet range follows a standard Quickspin procedure of 0.10 - 100.

Vulcan has crafted many treasures for the Gods of Olympus, now it’s up to you, to step up and claim them as your own. To do that, Hammer of Vulcan comes in aid with few thrilling features. First up we have the Hammer Strike. To get this feature, players must land a Hammer Wild symbol. Vulcan strikes the anvil and all the symbols below the Hammer Wild turn into Regular Wild symbols. This is limited to the same reel. 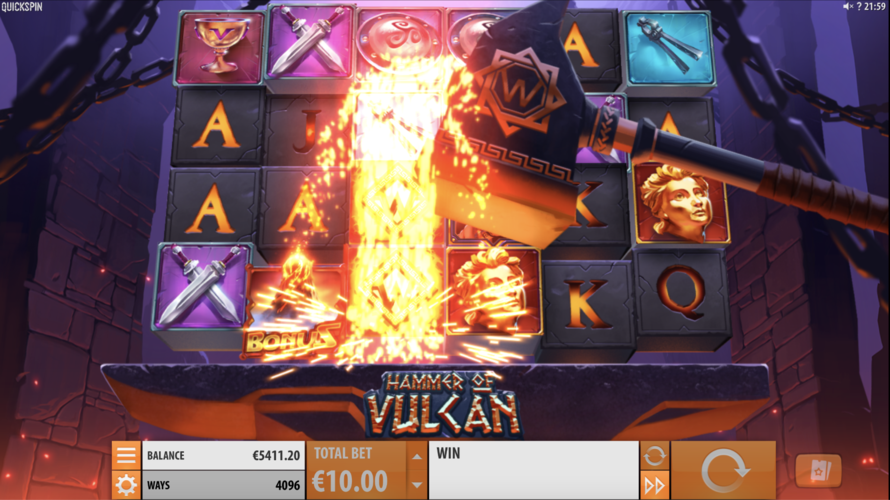 Light the Forge! feature is essentially the main Free Spin bonus game on Hammer of Vulcan, that you get by landing 3 or more scatters. Award for 3 bonus symbols is 10 Free Spins. During the bonus game, it’s possible to get additional free spins by landing a scatter symbol. Each bonus scatter awards an extra spin. On Light the Forge! feature, each Hammer Strike you land increases the total multiplier. To help players, even more, Strike Again! feature awards an extra free spin if the last spin on Bonus Game comes with no win. This feature will be active for as long as you get that final spin win. There is also a chance to get extra scatters and multipliers while Strike Again! is active.

If you love instant action, then for the cost of 100x Hammer of Vulcan offers a chance to buy the bonus game straight away. Keep in mind that this option might not be available in some markets.

Hammer of Vulcan is gritty, flaming and harsh, but for all the right reasons. This is a wonderful slot, starting from all the visual aspect and ending with all the spicy payouts. When we say that Hammer of Vulcan is harsh, we truly mean it. This is one of those slots where you take that extra risk, as sometimes you will end up with streaks of draught, larger than Sahara. If you enjoy pina coladas then Hummer of Vulcan might not be the game that you’re looking for, but if you’re fonder of Bloody Maries, then Hammer of Vulcan is just the right fix.

Shiny ingots, diamonds and piles of golden coins all can be yours if you have the guts to join up with one feisty Londoner.